100 Facts From Around The World – Etihad Airways 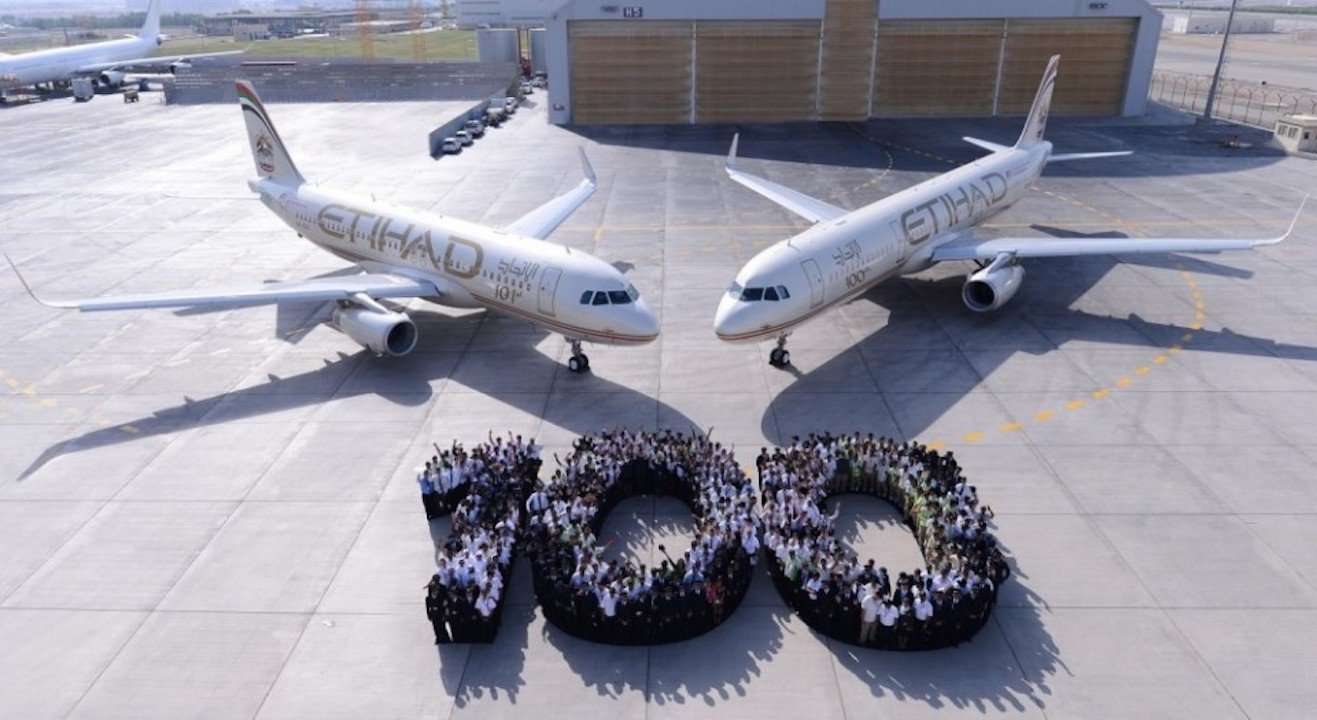 The fastest growing airline Etihad Airways took delivery of its 100th aircraft, and to mark the occasion they have created “100 facts from around the world” infographic to highlight the amazing destinations that are available through Etihad Airways.

Etihad Airways, the national airline of the United Arab Emirates, last week celebrated a major milestone as the fastest growing airline in commercial aviation history, when it took delivery of its 100th and 101st aircraft on the same day.

The one hundredth aircraft, a new Airbus A321-231 (registration A6-AEC), was delivered from the Airbus Finkenwerder facility in Hamburg. On arrival in Abu Dhabi, the aircraft was welcomed by over 500 Etihad Airways employees at a specially organised photo-shoot to mark the occasion.

The airline will take delivery of its first Boeing 787-9 and Airbus A380 aircraft in October and December of this year respectively. These aircraft will feature Etihad Airlines’ revolutionary new cabins, which were unveiled on 4 May 2014, including for the first time in the airline industry, a luxurious self-contained three room cabin on the A380 known as ‘The Residence’, featuring a separate living room, bathroom and double bedroom. 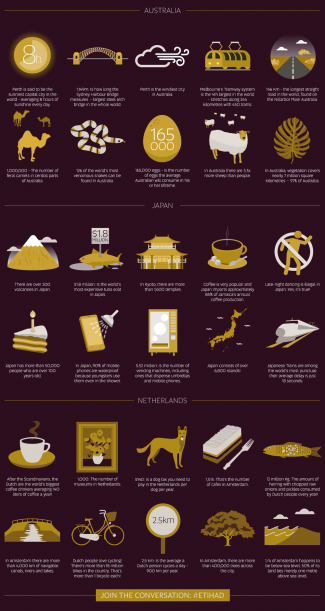 100 Facts From Around The World – Etihad Airways

What does Adventure mean?