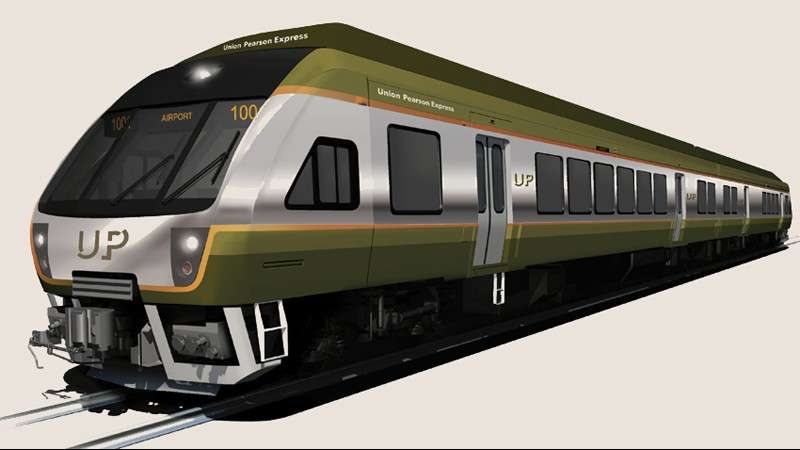 After a recent post about poor transport links between the Toronto airport, I’m glad to report that there are confirmed plans to finally bridge the city and the airport, as Toronto Pearson Airport responds.

New services will be introduced to move people more easily and comfortably to and from the airport. Toronto Pearson has been identified as an important Mobility Hub by Metrolinx, the Province’s regional transportation authority, in its recently approved Regional Transportation Plan.

The proposed Air Rail Link (ARL) from Toronto Pearson would provide efficient and dependable access between downtown Toronto and the Airport, where it would connect into the LINK Train Station currently at Terminal 1.

The Air-Rail Link is an operating division of Metrolinx. When complete, the ARL will provide a premium express rail shuttle service between Union Station and Pearson Airport. In February 2011, Metrolinx directed the purchase of 12 convertible Diesel Multiple Units (DMUs) to be used for the ARL service. (I believe a greener alternative could have been selected)

The ARL will be an important link for business people and travellers and will be ready for the 2015 Pan American Games.