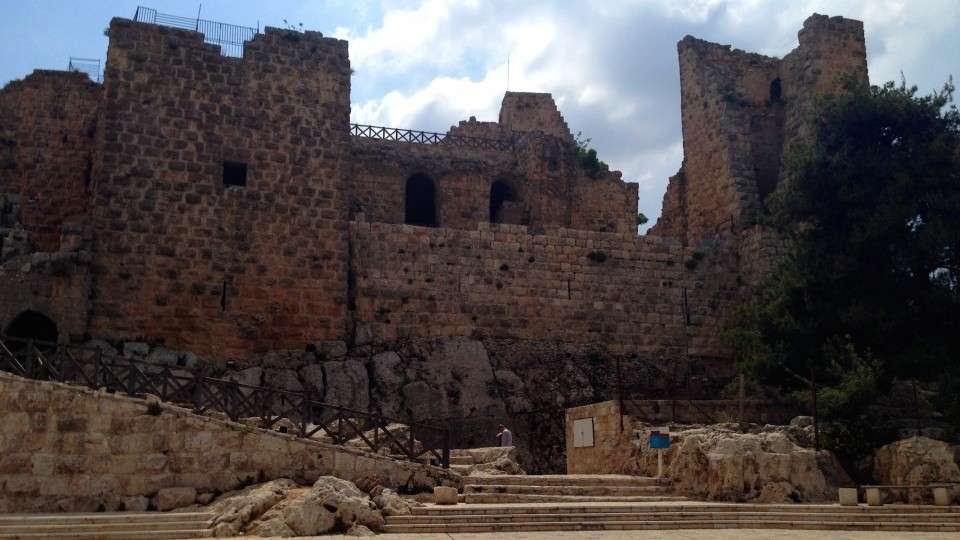 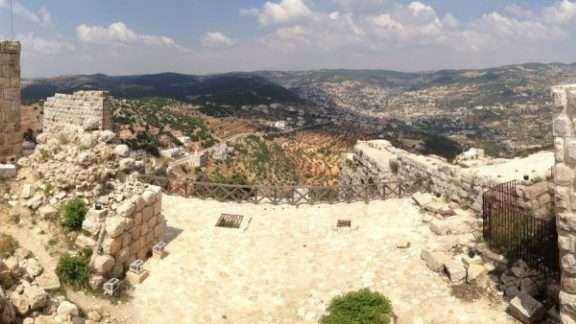 Ajlun Castle, also Rabadh Castle, an Islamic fortress, built during the period of the Crusades. The castle is located on the top of a mountain just outside the small city of Ajlun.

The castle is one of the best-preserved and most complete examples of medieval Arab-Islamic military architecture.

The castle is an un-interesting maze of passages and levels and offers a wonderful view of the surrounding area, northwestern Jordan, and off into Galilee. The castle was built in 1184-1885 AD and was one of the few fortresses built to protect the country against Crusader attacks from both the west and the north. It also controlled the area around it, including another of its major objectives, to control the iron mines in the area.

Ajloun Castle dominated the three main routes leading to the Jordan valley and protected the trade and commercial routes between Jordan and Syria, it became an important link in the defensive chain against the Crusaders, who, unsuccessfully spend decades trying to capture the castle and the nearby village.

Ajloun is not a very big town with only the castle as the main attraction. In order to get to the castle, which is clearly visible from the town perched on a hill, you can either walk the 3 km or take a taxi there. It can be combined if you plan to travel to Jerash, consider hiring the taxi driver for the full day, but make sure you set a price in advance.

From the top of the castle, visitors can enjoy panoramic views of the Jordan Valley and the highlands of north Jordan. Yet, with so many more interesting places to see in Jordan, I wouldn’t advise visiting unless your near or passing through, even so, other than the lovely views from the castle, Ajlun and its castle was uninspiring.