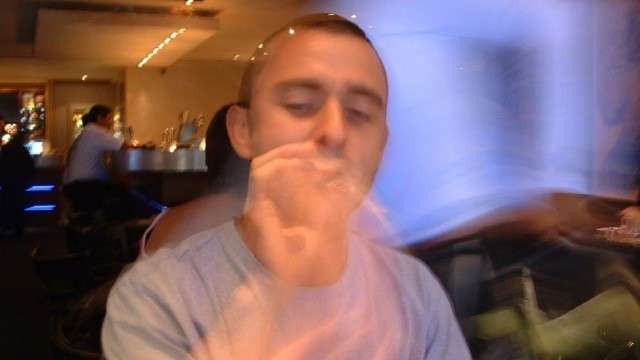 Amsterdam will become a different place when the new laws come into effect here bringing an end to drug tourism in Amsterdam.

Soon coffee shops will become members clubs but this doesn’t mean those visiting can’t take or enjoy smoking pot openly. It just means it is likely to push the sales onto the streets where ‘members’ will buy marijuana or hashish on your behalf, after all, in the Netherlands, you are allowed to have a small quantity for personal use, and the police don’t check you for it, meaning it is still tolerated. However, the shift seems to be to try and sell Amsterdam more than just a drug holiday, which it rightly deserves.

In many ways, Amsterdam can look flashy on the outside than what really what happens behind those doors. Perhaps it needs a bit of updating or restoring to get back in shape and back on the scene as a destination. It appeared to me on this visit that the coffeeshop experience hasn’t changed in more than 20 years since I first visited, appearing rather old and worn. What it really needs is an injection and a new way of making that ‘experience’ really something unique.

Amsterdam seems to have lost its edge. Once a modern-looking and adaptive city, inventive and updated, I noticed a shortfall of adapting to a modern world with poor connectivity to a frequent traveller. Perhaps all that pot has made locals dream too much and do too little.

Hotels and coffee shops offer no reliable WIFI, and as most travellers know, this is increasingly important. The lack of connecting with the outside is rather difficult as if one has something to hide when the world already knows what happens inside. We’re in the 21st century and for a city, I once looked on as being forward-thinking now came across as stale and out of touch.

Even as I walked around the flower markets and tried to film the exotic plants and flowers I was soon told to ‘stop filming’ by the shop keeper, even after I explained it was to be featured in Joe Journeys. I was stopped on the street and requested to ‘delete’ some footage I had taken of the shop front while they inspected and watched on as I went to camera menus to remove the short clip. Even when I asked for permission to film inside Coffeeshop 36 they were apprehensive, explaining not to film people, even if I would seek permission to do so. After a short discussion, it was decided it was best not to record anything at all.

What was once an open liberal culture has become closed and conservative. If this is a direction that the Netherlands wants to go it won’t make me want to reconsider another visit. After all, in a growing competitive tourism market there are other places in the world that are becoming more tolerant, though of course there is so much more to Amsterdam than red lights and coffee shops, it just seems that instead of moving forward it appears to be going into the dark ages.