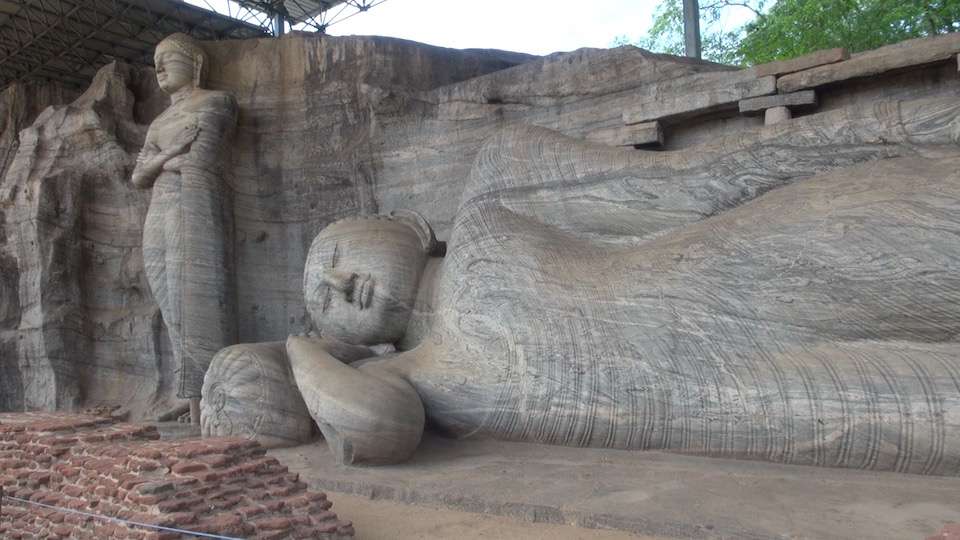 The Royal Ancient City of Polonnaruwa, declared a UNESCO World Heritage in 1982, is the second most ancient of Sri Lanka‘s kingdoms.

Just north of present-day Polonnaruwa town, 140km (90 miles) north of Kandy (216 km/134 miles from Colombo), are the ruins of ancient Polonnaruwa, which date from the late 10th century, when the Chola kings of southern India invaded Sri Lanka and conquered Anuradhapura.

The second most ancient of Sri Lanka‘s kingdoms, Polonnaruwa was first declared the capital city by King Vijayabahu I in the 11th century AD and maintained its status until the 13th century.

Trade and agriculture flourished under the patronage of the king, who was so adamant that no drop of water falling from the heavens was to be wasted and each was to be used toward the development of the land. Hence, irrigation systems that are far superior to those of the Anuradhapura Age were constructed – systems which to this day supply the water necessary for paddy cultivation during the scorching dry season in the east of the country. The greatest of these systems is the Parakrama Samudra (Sea of Parakrama), a huge lake built-in 1200. It is of such a width that it is impossible to stand upon one shore and view the other side. It also encircles the main city like a ribbon, being both a moat against intruders and the lifeline of the people in times of peace. The Kingdom of Polonnaruwa was completely self-sufficient during King Parakramabahu’s reign.

Today the ancient city of Polonnaruwa remains one of the best planned archaeological relic sites in the country, standing testimony to the discipline and greatness of the Kingdom’s first rulers. Its beauty was also used as a backdrop to filmed scenes for the Duran Duran music video Save a Prayer in 1982.

In 1982 the ancient city of Polonnaruwa was inscribed on the UNESCO World Heritage List.