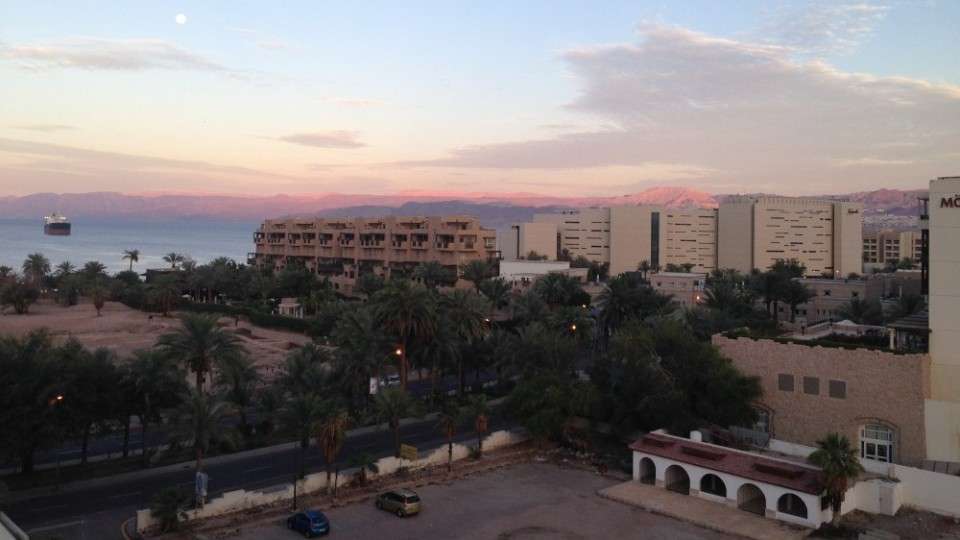 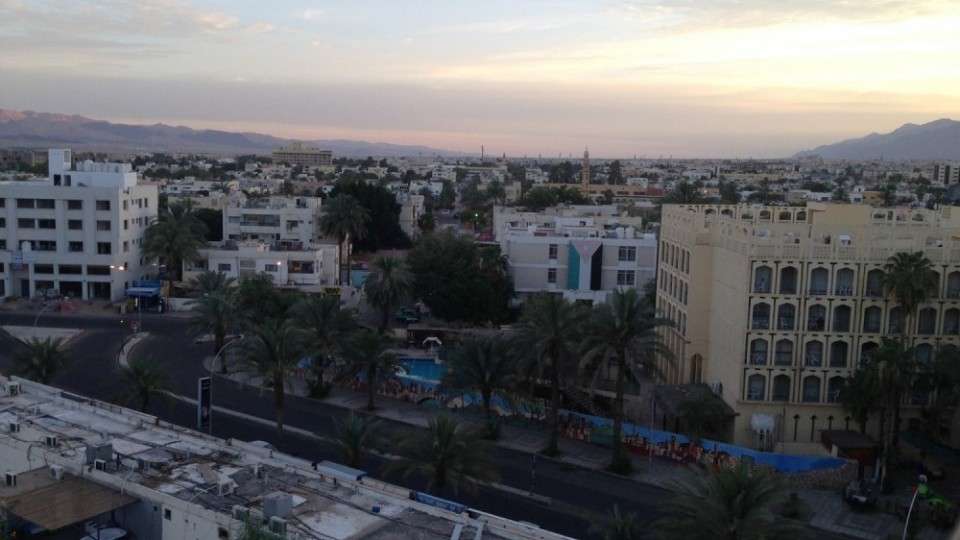 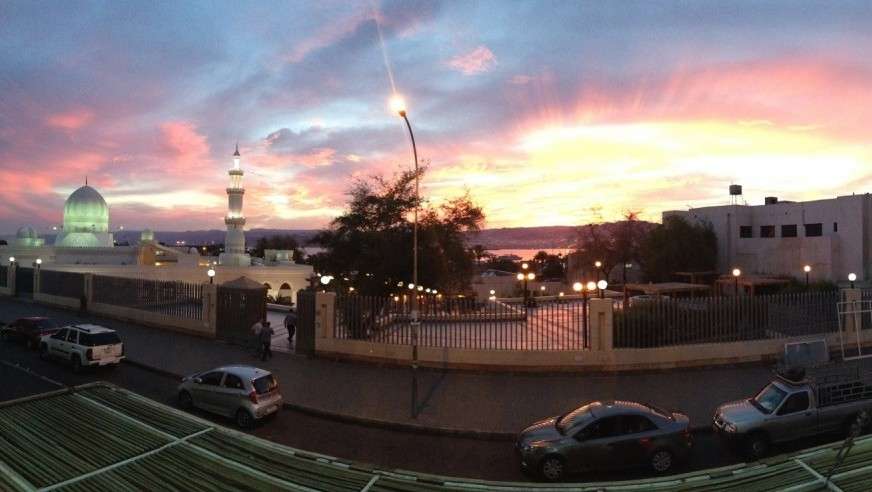 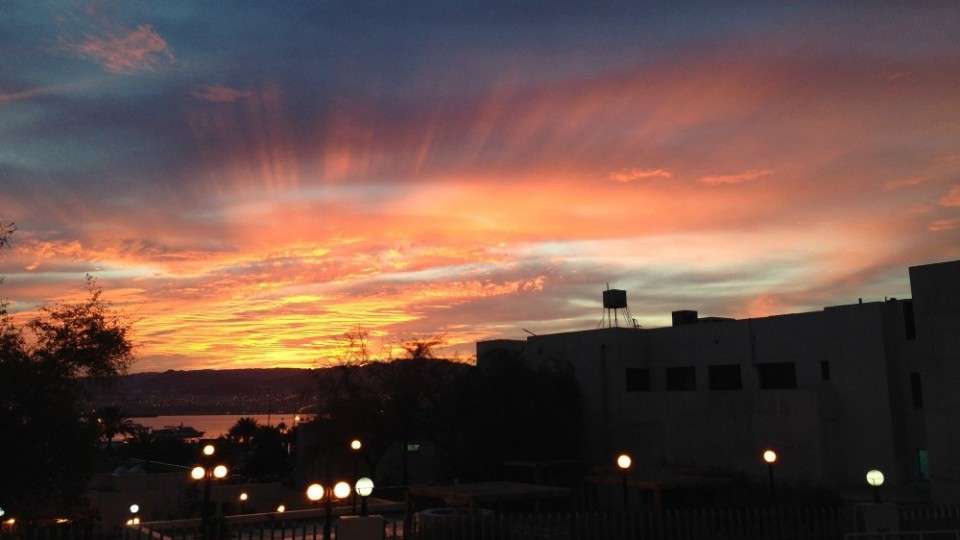 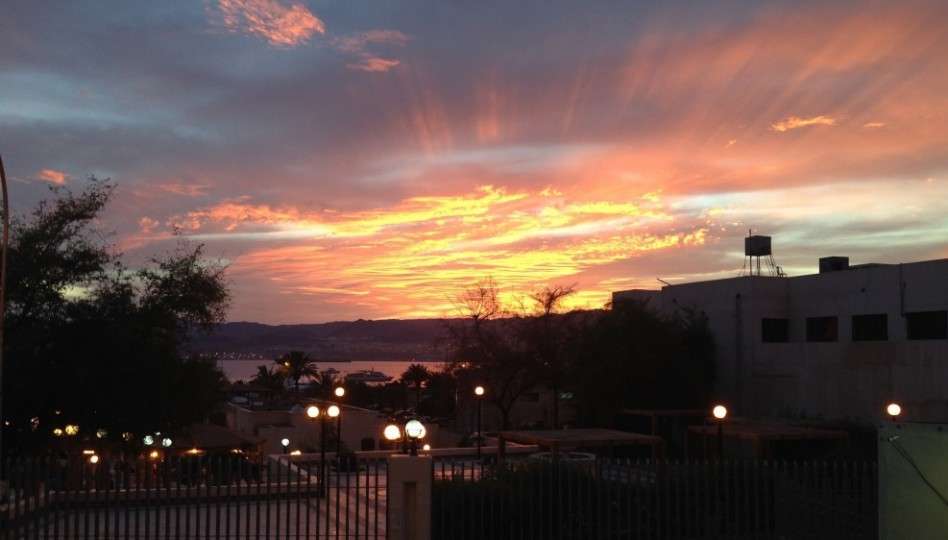 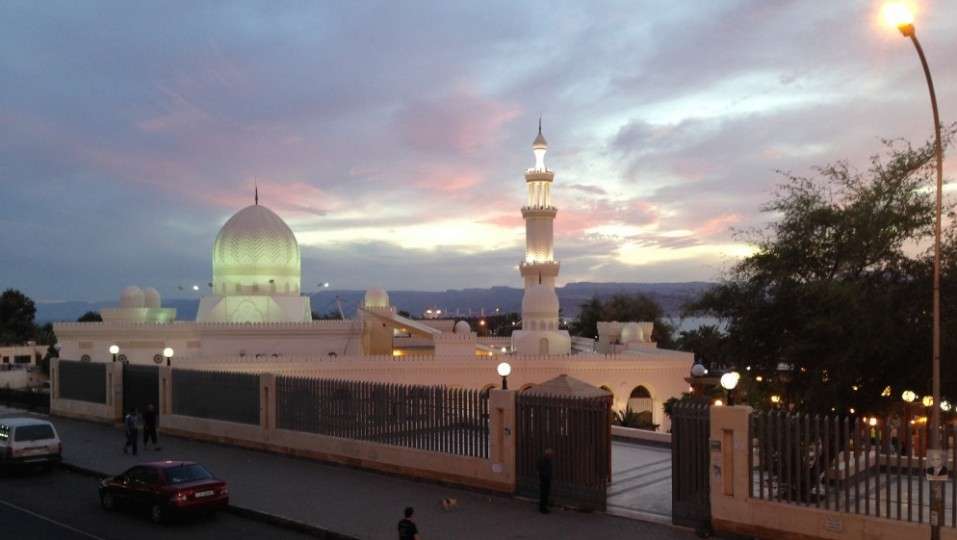 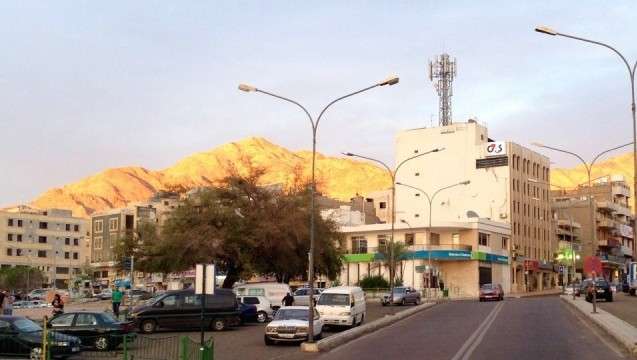 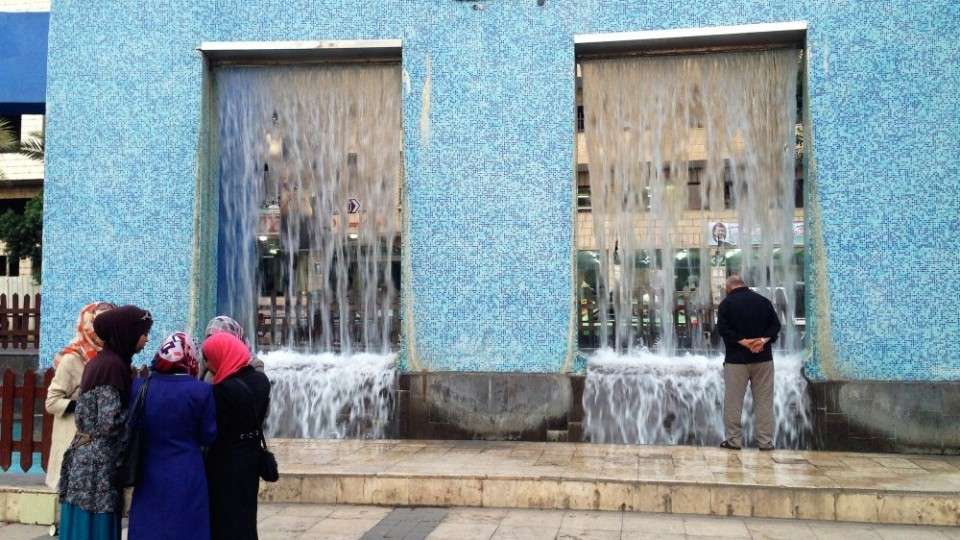 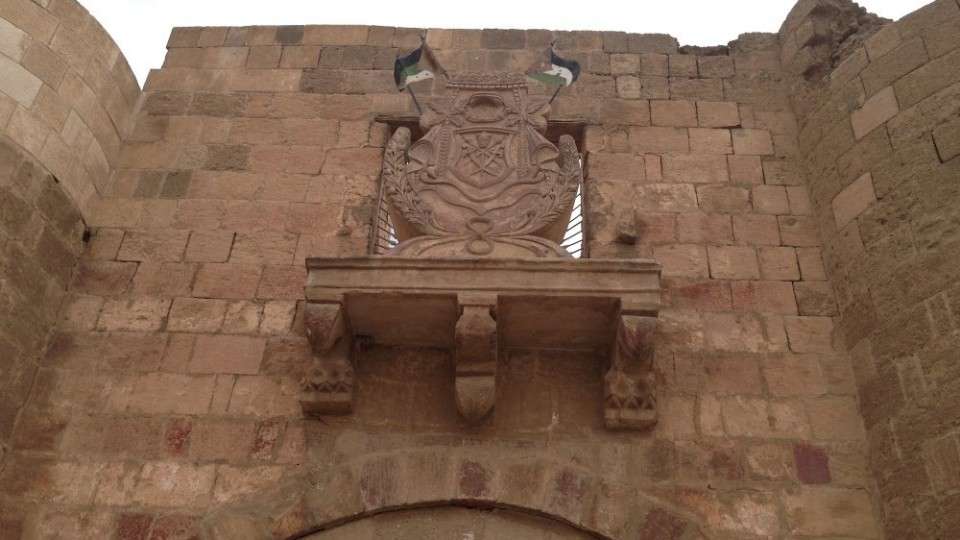 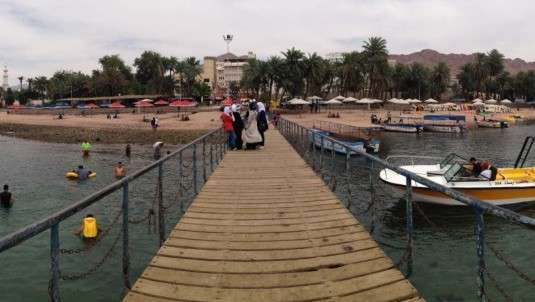 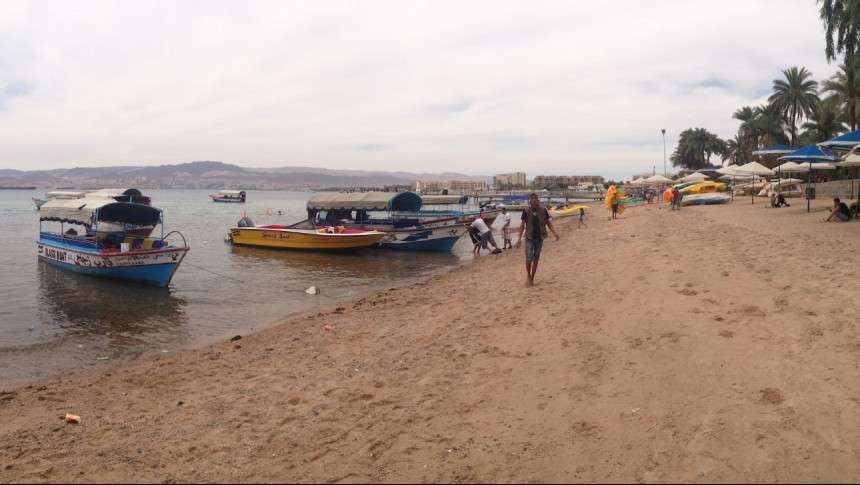 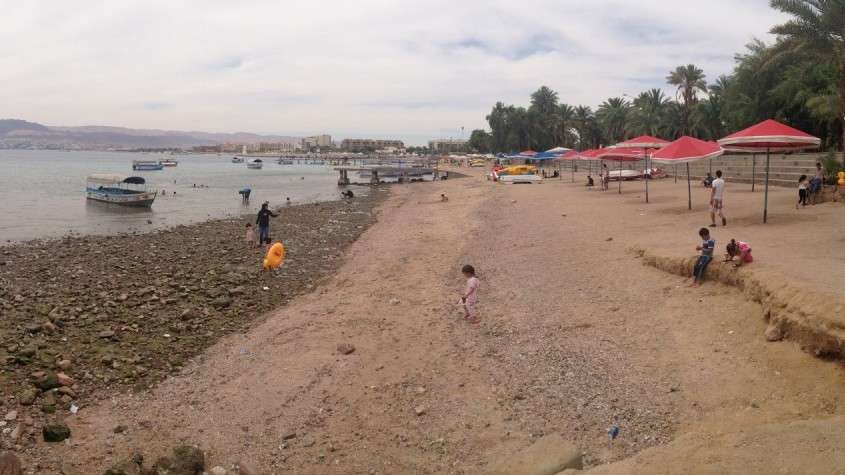 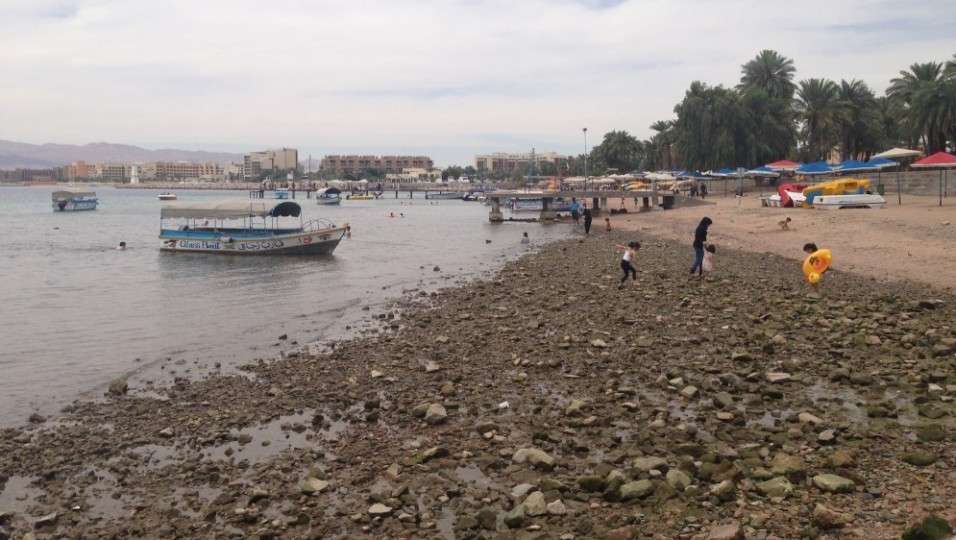 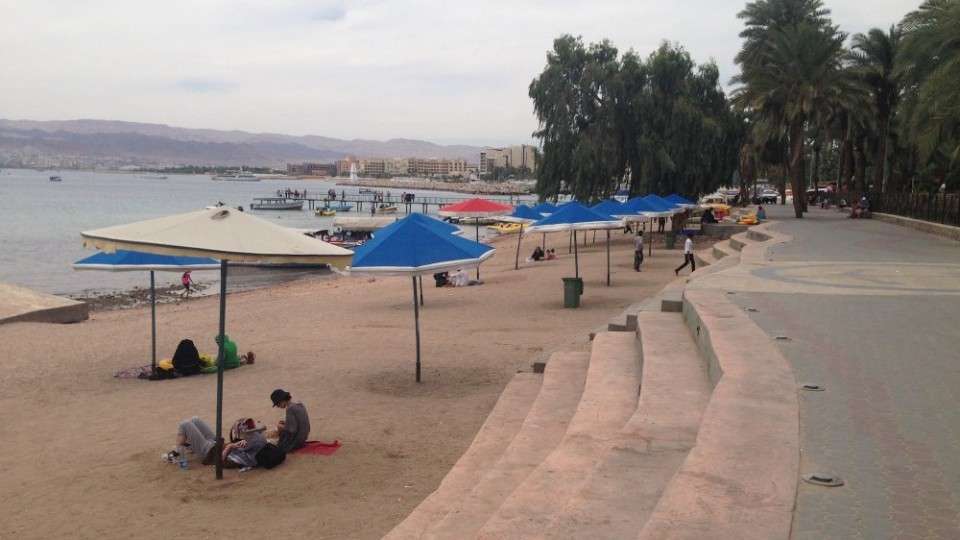 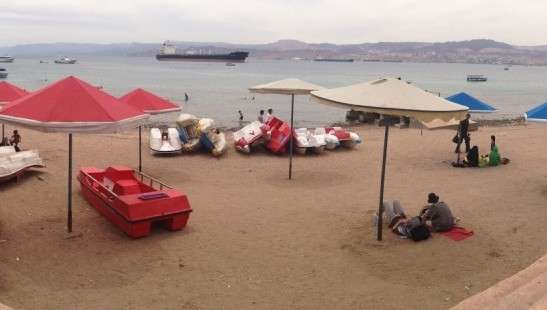 Jordan‘s only port city, located on the Gulf of Aqaba in the extreme south of the country. Aqaba is Jordan‘s window on the Red Sea.

Aqaba is a Jordanian coastal city situated at the northeastern tip of the Red Sea and is one of the major tourist attractions in Jordan, famous for its warm water and rich marine life, best known as a seaside and diving resort. It also is a tax-free zone, alcohol and other goods are found here and much cheaper than the rest of the country, but shopping destination it is not.

It is not an attractive town and not a very impressive local beach. Aqaba services those who come for diving, fun in the sand as well as watersports like windsurfing and Scuba diving and plenty of offers to take in a glass-bottom boat. It also offers activities which take advantage of its desert location.

During national holidays, Jordanians from the north, particularly Amman and Irbid, flock to Aqaba‘s luxury resorts and sandy beaches. During these holiday weekends, hotel occupancy reaches 100%.

Except for the sea and diving, Aqaba doesn’t have a lot of things to offer. The following could be of interest but could easily be done in one day.

Aqaba has been chosen for the site of a new waterfront building project that would rebuild Aqaba with new man-made water structures, new high-rise residential and office buildings, and more tourist services to place Aqaba on the investment map and challenge other centres of waterfront development throughout the region. worth saying ‘I’ve been there’, but don’t think I would return.