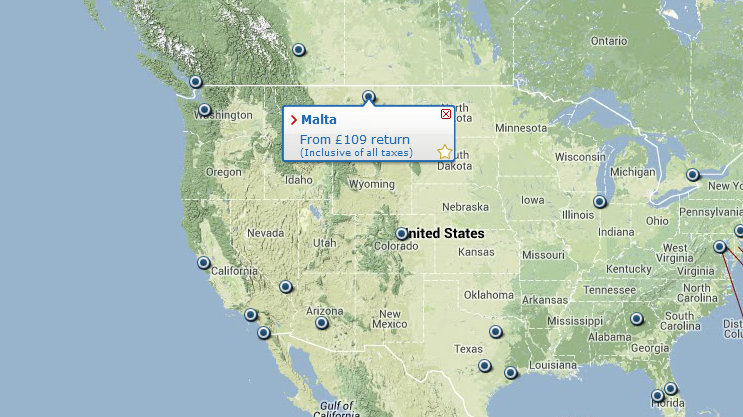 British Airways has placed the island of Malta in the state of Montana, according to its online Tripseeker map.

Yep, while researching possible places for 2014 I discovered the error while using its Tripseeker tool, to find that Malta was incorrectly placed in the United States.

Perhaps I should call British Airways and ask for a return ticket to Malta USA.