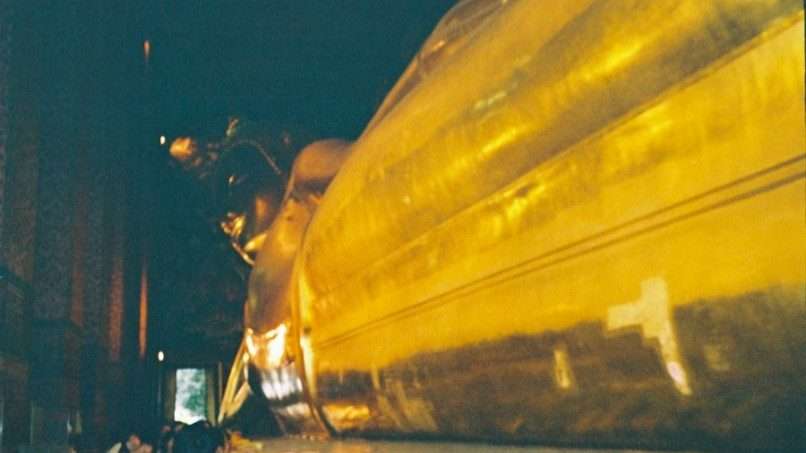 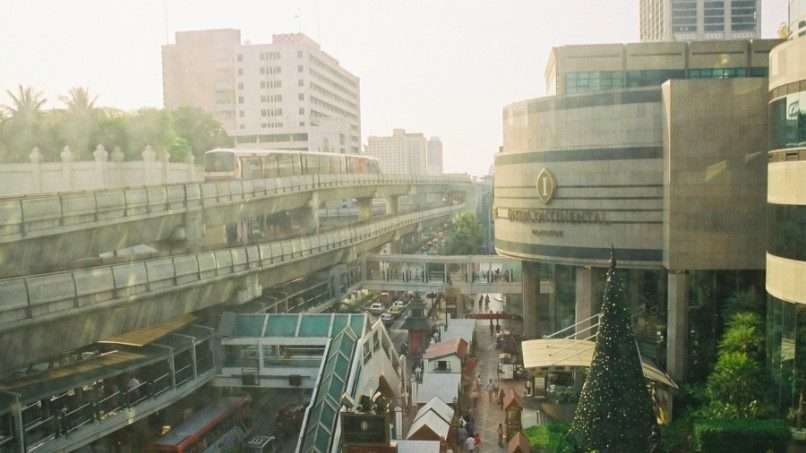 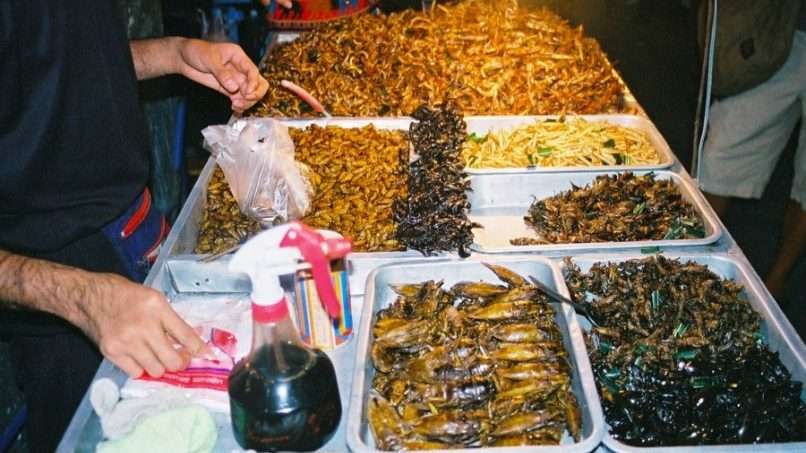 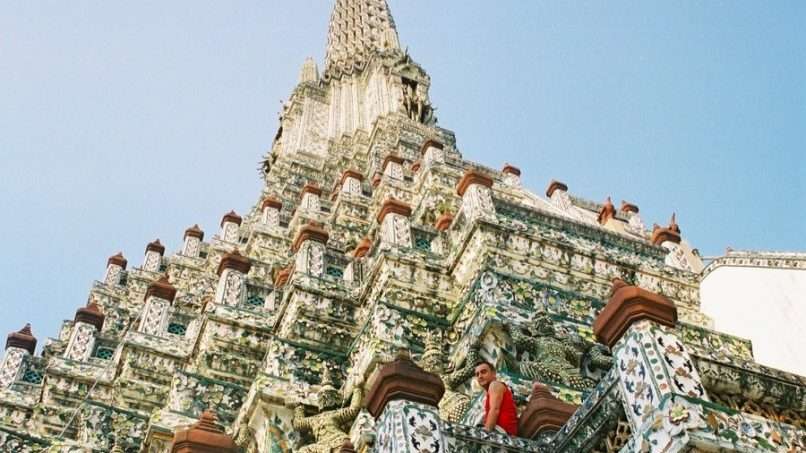 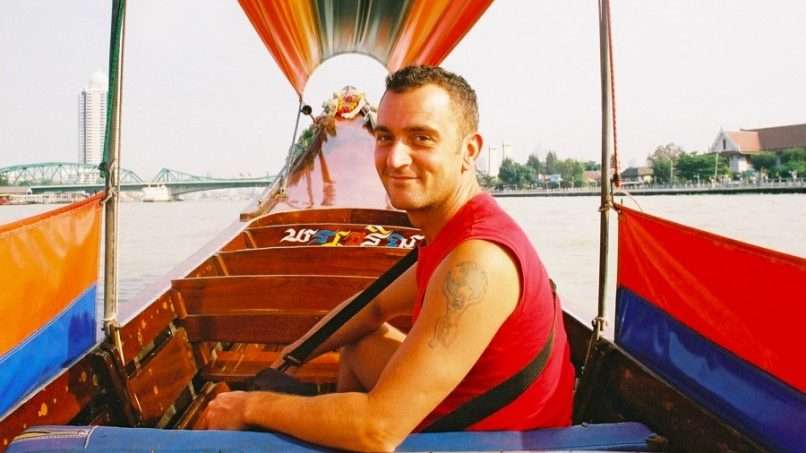 The capital of Thailand, one of the most traveller-friendly cities in Asia, visitors are confronted by the heat, pollution and the smiles of the Thai people. Saffron-robed monks, neon signs, Thai architecture, spicy dishes, colourful markets, traffic jams, and a tropical climate.

A vibrant city that lives day and night with the strangest attractions from the snake farms and floating markets to night markets selling every possible item you can find including fake designer goods that could fool anyone. Take in exotic live shows, a massage, or try the strange food and snacks of fried bugs and insects on the street stalls.

Created as the Thai capital in 1782, Bangkok, one of the largest cities in the world, is Thailand‘s spiritual, cultural, political, commercial, educational and diplomatic centre. Originally a small village on the banks of the Chao Phraya river, it was a small trading post during the Ayutthaya Kingdom, the original village has long since ceased to exist.

Bangkok went through a rapid modernization in the 1980s and 1990s during the Asian boom, and the city has become a regional force in finance and business. Its increasing influence on global politics, culture, fashion, and entertainment underlines its status as a global city. The city draws in 11 million international visitors each year, trailing just Paris and London.

The Chao Phraya River, which stretches 372 km (231 mi), is Bangkok‘s main geographical feature. Referred to as the “Venice of the East” due to the number of canals and passages that divide the area into separate patches of land, a ride on the Chao Phraya River should be high on any tourist’s agenda. The cheapest and most popular option is the Chao Phraya Express Boat, an aquatic bus plying up and down the river. The signposting of the piers is quite clear, with numbered piers and English route maps.

Bangkok is infamous for its congestion, but these days there are ways around it. The Skytrain (BTS) and metro in the city centre, or use boats to navigate rivers and canals. The Bangkok Skytrain deserves a visit simply for the Disneyland space-ages of it. Built-in a desperate effort to ease Bangkok‘s traffic and pollution, the Skytrain covers most of downtown and is especially convenient for visiting the Siam Square area.

Another way to get around Bangkok is the notoriously loud and colourful tuk-tuks, three-wheeled vehicles that wizz around traffic and are open to the elements of smog and heat, have a ride just for the experience, but negotiate before you get in.

Sights are concentrated in the Old City on Rattanakosin Island. The top 3 temples are Grand Palace (spend at least a full morning or afternoon), Wat Pho and Wat Arun. Within the palace grounds is Wat Phra Kaew (Temple of the Emerald Buddha), the most sacred Buddhist temple in Thailand, a collection of highly decorated holy buildings and monuments. Nearby is Wat Pho (Temple of the Reclining Buddha), home to the world’s largest reclining Buddha image. Cross the Chao Phraya river for Wat Arun (Temple of Dawn), about 70 meters high and it is surrounded by four smaller prangs.

A visit to the Queen Saovabha Snake Farm is an odd curiosity to watch with shows throughout the day, containing thousands of some of the most venomous snakes in the world, such as the king cobra and all sorts of vipers, the snake farm is a highlight for any tourist visit. There are daily shows where handlers play around with pythons, and extractions of venom can also be witnessed. This organization produces anti-venom serum for snake-bite victims nationwide for the Thai Red Cross – Manufacturing of Snakebite Serum.

Thai Boxing or Muay Thai is both a sport and means of self-defence, and if you get the chance is worth watching, contestants are allowed to use almost any part of their body: feet, elbows, legs, knees, and shoulders, are all weapons.

Night Markets like the open-air Suan Lum Night Bazaar are popular with tourist and locals. This is a large and colourful market offering bargains on everything from clothes, bags, crockery to organic foods. Between the strip clubs and bars along Patpong Road is the Patpong night market, home to a variety of counterfeit merchandise including watches, clothes, bags etc. Most items available at Patpong Night Market are available for less than half the price at other locations in Bangkok, so bargain extensively.

Food is generally cheap by international standards, noodles, Phad Thai, curry, and street vendors selling satay with hot sauce. The strangest thing I witnessed must have been the bugs and insects, deep-fried and sprayed with soy sauce, a selection of scorpions, water beetles, grasshoppers, crickets, bamboo larvae, mealworms, and some other things I couldn’t identify. Break off the legs from grasshoppers and crickets or they will get stuck in your throat.

Bangkok‘s main party districts are Silom, home not only to perhaps the world’s most famous go-go bar with girls dancing on top of bars, its also home to gay nightlife and ladyboys. Smoking is now forbidden in all restaurants, bars and nightclubs, whether air-conditioned or non-air-conditioned.

Environmental issues such as traffic and industrial pollution have contributed to poor air and water quality and a challenge a growing city like Bangkok, has a long way towards seeing improvements, but it is doing something by continuing to enhance and build more efficient transport services and infrastructure. Like other major cities, scams (gem store scam) and blatant price gouging do exist. The Tourist Police lack police powers and are largely responsible for writing out reports for insurance companies for victims of theft. Overall, Bangkok is a safe city compared to other metropolitan cities of its size.

Bangkok is a gateway to the east and a deserved stop-over if you can do it, rarely have I met anyone who has left this city disappointed from what it has to offer.