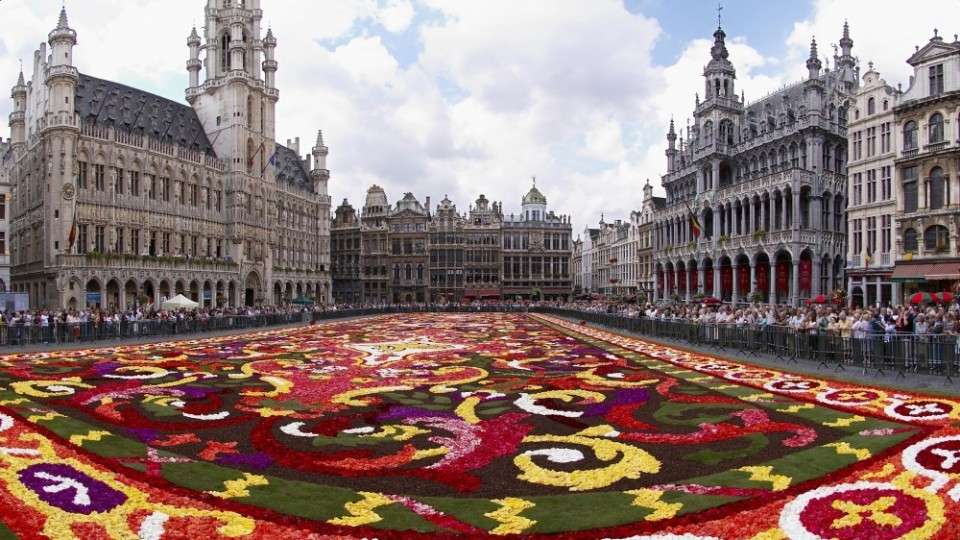 Belgium is small enough that most cities can be accessed by train and short day trips from Brussels. Though it is not one of my Favourites places it does have some interesting things to see, a short break is all you need to get a taste of Belgium life.

The best part about Belgium is the varieties of beers available, where France to the south boasts wine expertise, its the Belgium that exceed on producing excellent varieties of beers, especially enjoyed with the national dish of mussels and chips. The best place to see is the medieval town of Bruges, it just can’t be missed!

The name ‘Belgium’ is derived from Gallia Belgica, a Roman province in the northernmost part of Gaul that was inhabited by the Belgae, a mix of Celtic and Germanic peoples. Historically, Belgium, the Netherlands and Luxembourg were known as the Low Countries, which used to cover a somewhat larger area than the current Benelux group of states. From the 16th century until the Belgian revolution in 1830, many battles between European powers were fought in the area of Belgium, causing it to be dubbed the battleground of Europe. Upon its independence, Belgium eagerly participated in the Industrial Revolution and, during the course of the twentieth century, possessed several colonies in Africa.

Belgium became independent from the Netherlands in 1830. It was occupied by Germany during World Wars I and II and has many war graves near the battle zones, most of them are around Ieper (Ypres). It has prospered in the past half-century as a modern, technologically advanced European state and member of NATO and the EU. Tensions between the Dutch-speaking Flemings of the north and the French-speaking Walloons of the south have led in recent years to constitutional amendments granting these regions formal recognition and autonomy.

Belgium is famous for waffles and french fries. Contrary to their name, french fries originated in Belgium. The name “french fries” actually refers to the manner in which the potato is cut. To “french” means to cut into slivers. The national dishes are “steak and fries with salad”, and “mussels with fries”.

Belgium produces over 500 varieties of beer. The Trappist beer of the Abbey of Westvleteren has consistently been rated the world’s best beer. Like other European countries in medieval times, beers were brewed in a huge variety of ways with many different ingredients, apart from the standard water, malted barley, hops and yeast many herbs and spices were used. This activity was often done by monasteries, each developing its particular sort.

For some reason uniquely in Belgium, many of these monasteries survived almost into modern times, and the process was handed over to a local commercial brewer if the monastery closed. These beers are called Abbey beers and there are hundreds and hundreds with a range of complex tastes. Less than 10 of the original monasteries still make beer, this according to traditional methods going back to the Middle Ages. These monasteries make Trappist ales and in order to carry this badge of honour the monastery has to abide by strict rules regarding only using the best natural ingredients and only traditional, non-mechanised brewing processes. These amazingly rich and complex beers are truly artisan products in that sense, and can confidently be considered the best in the world.