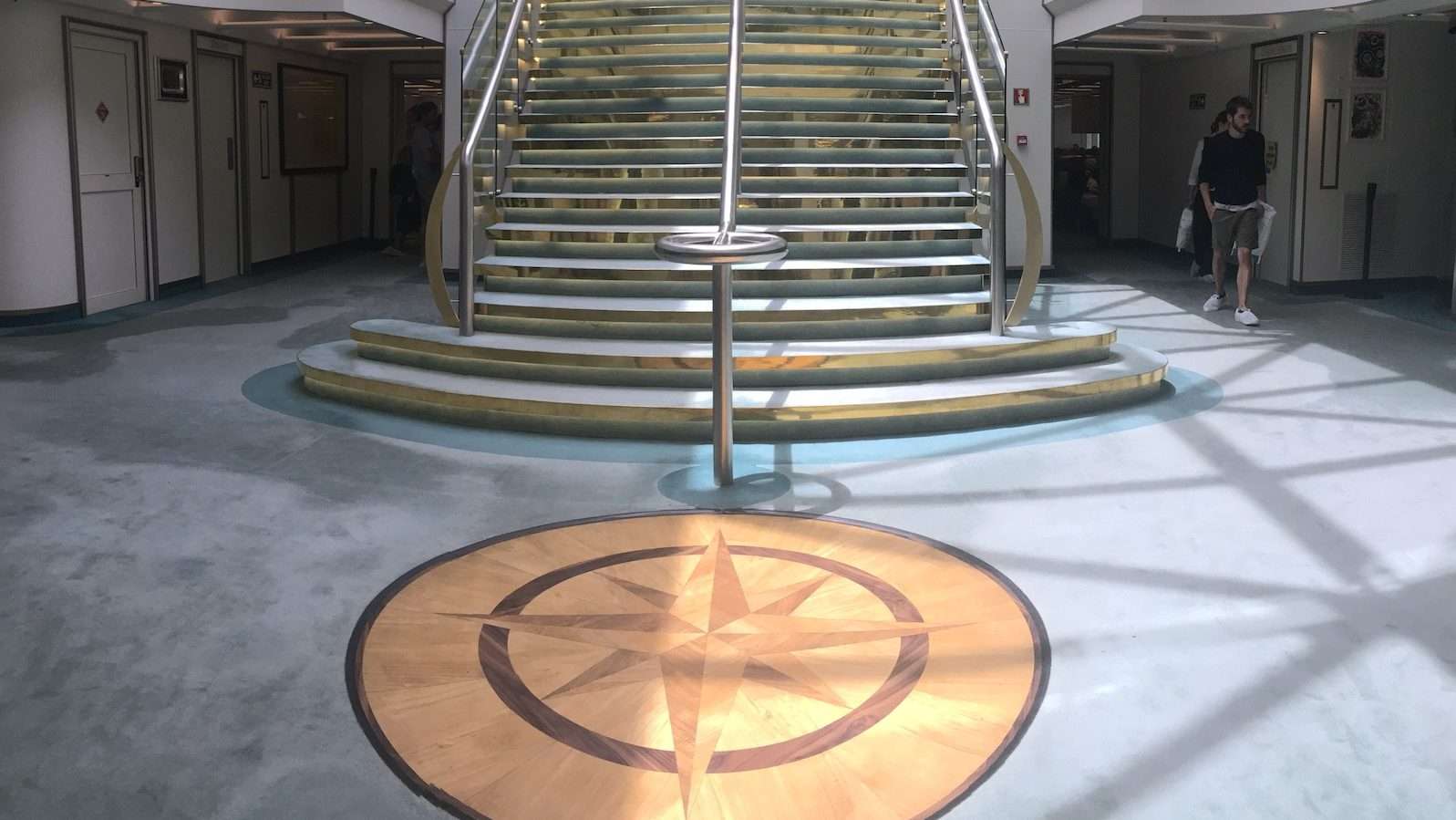 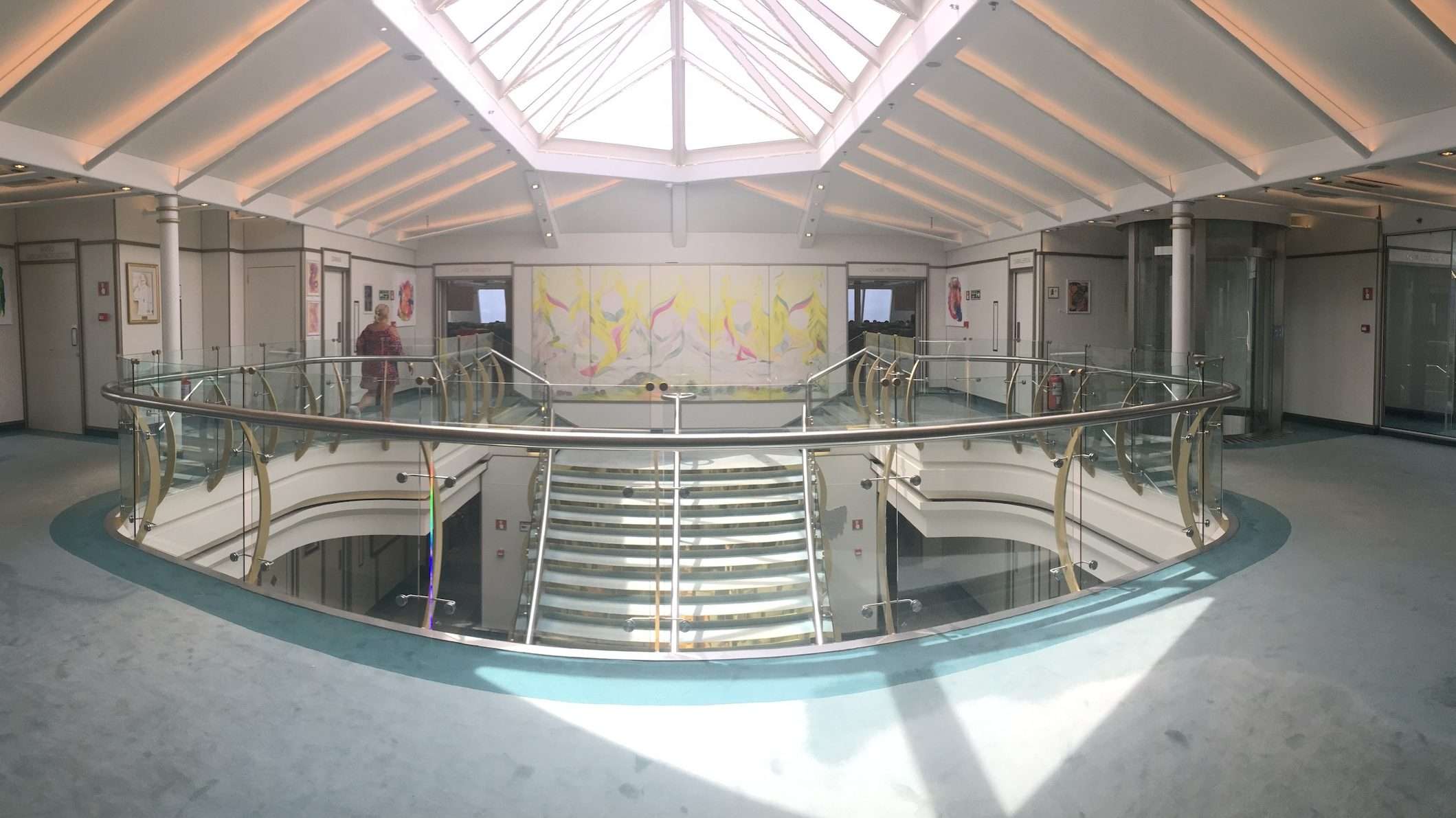 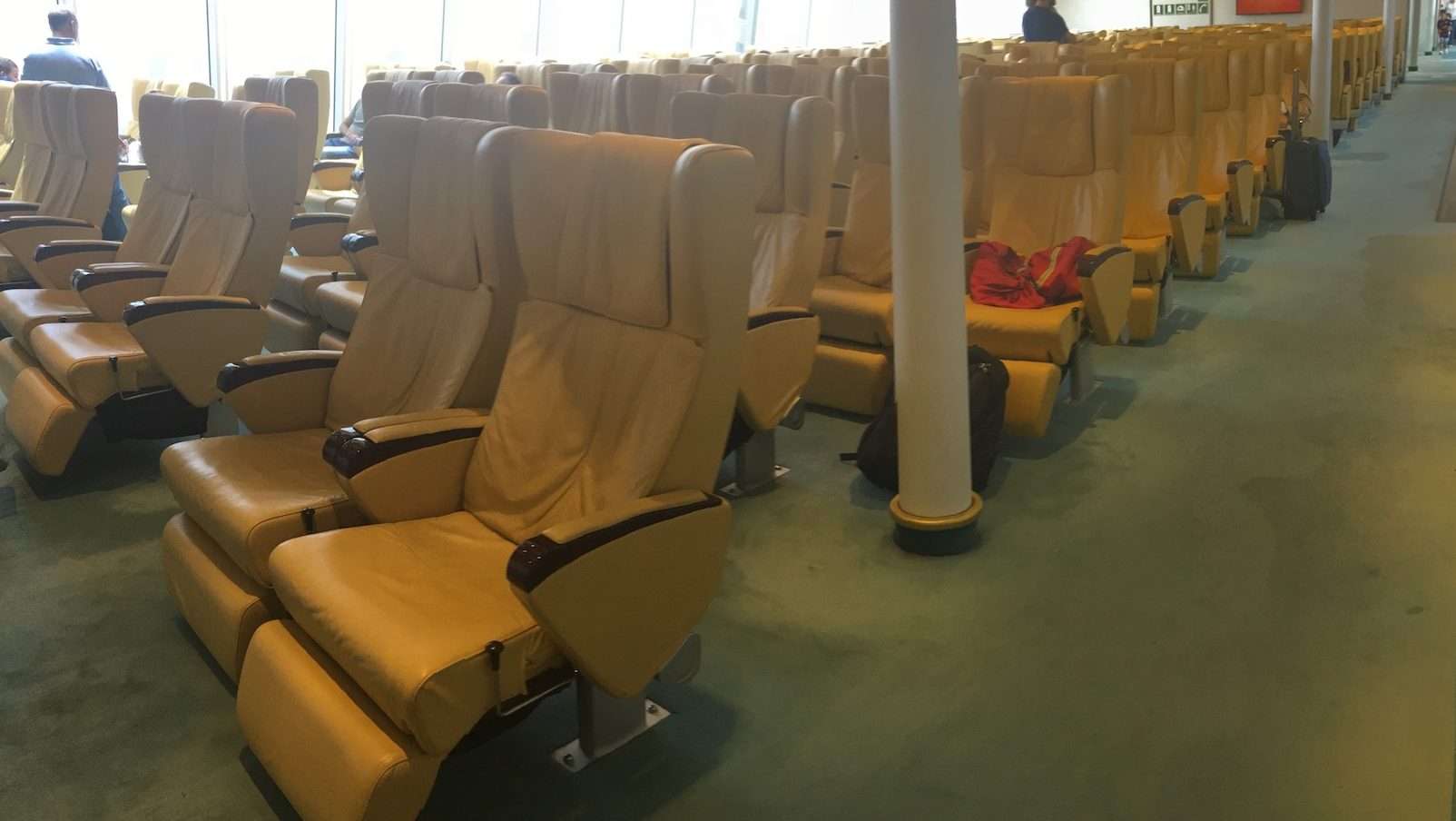 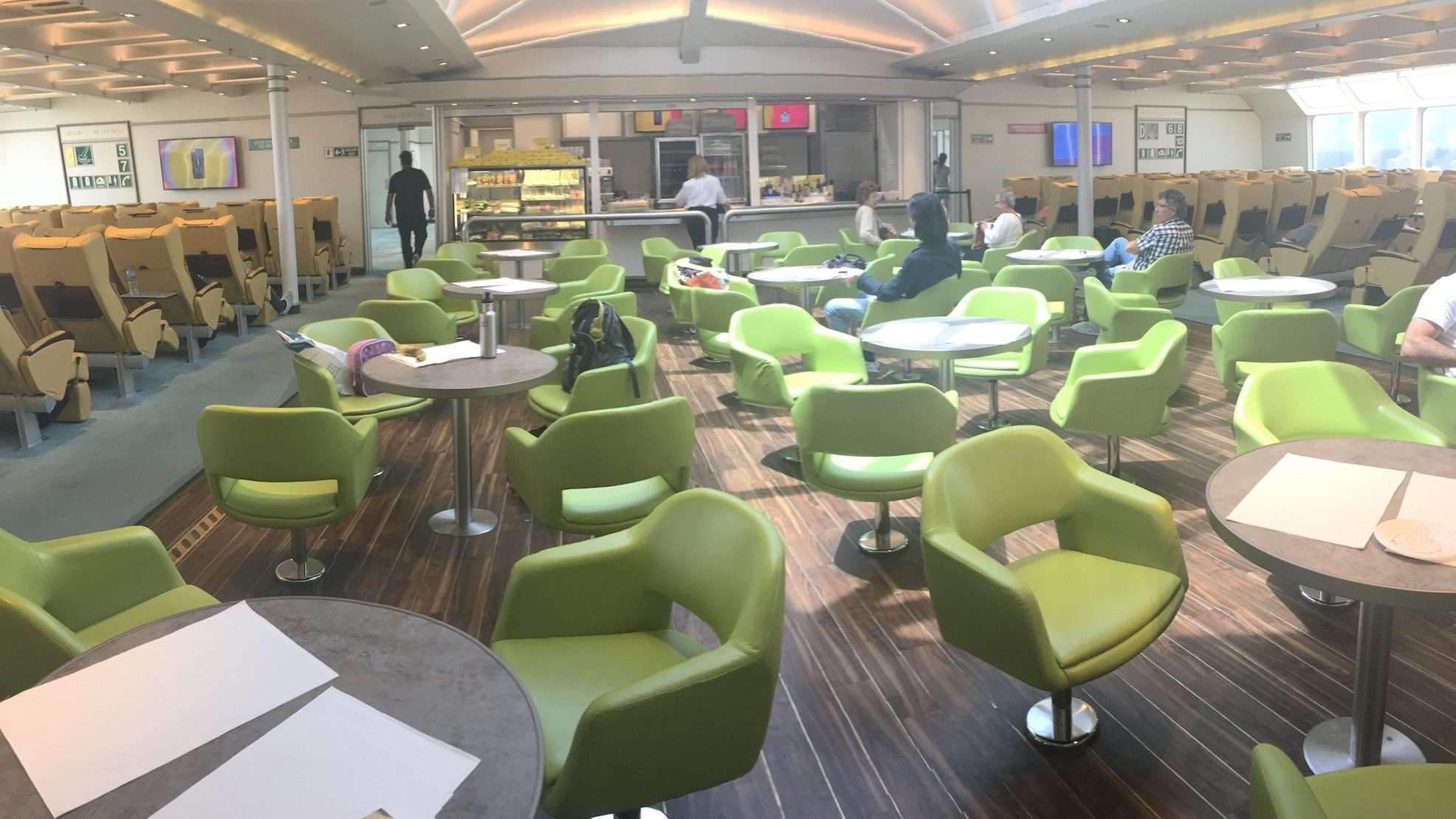 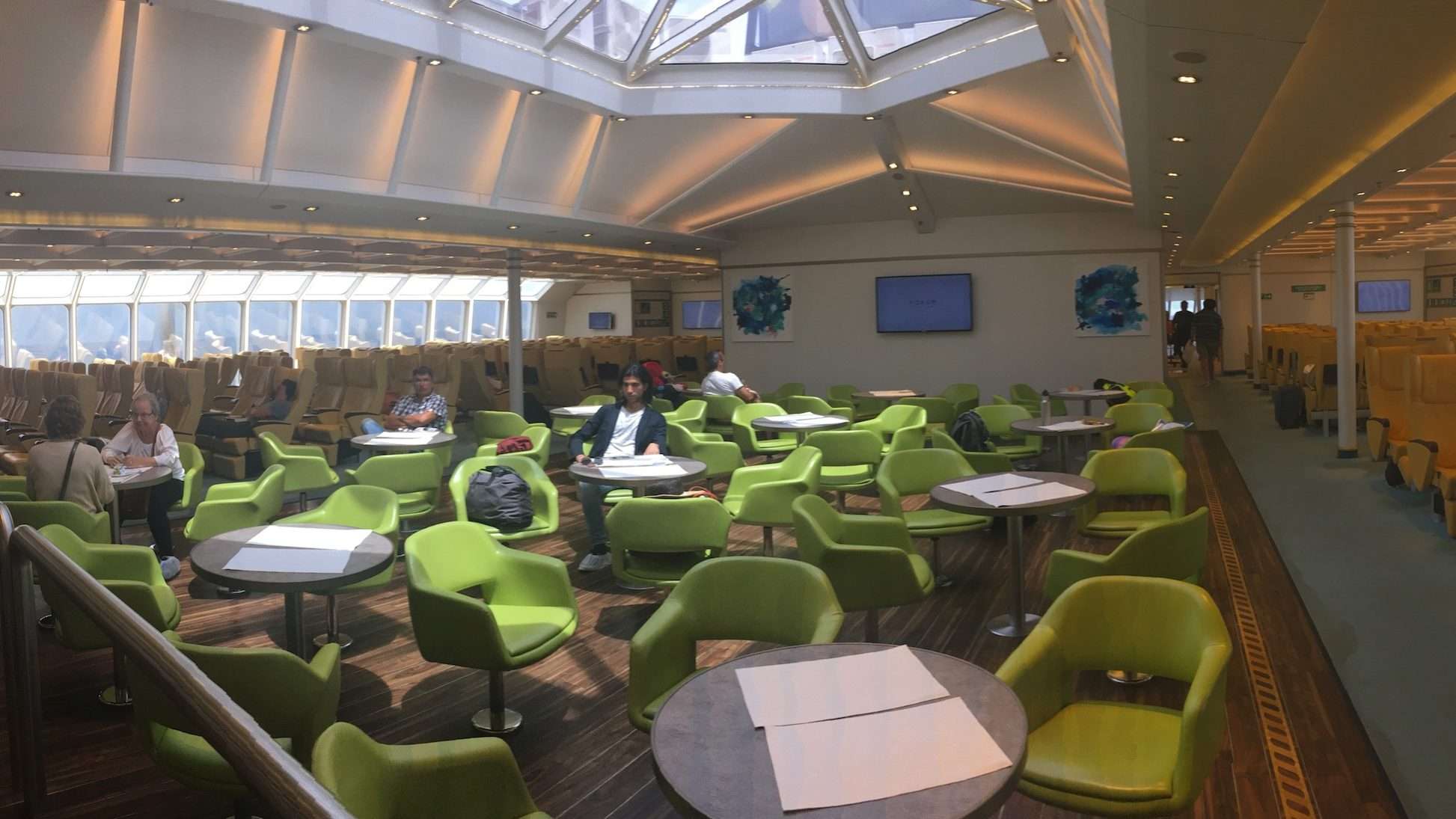 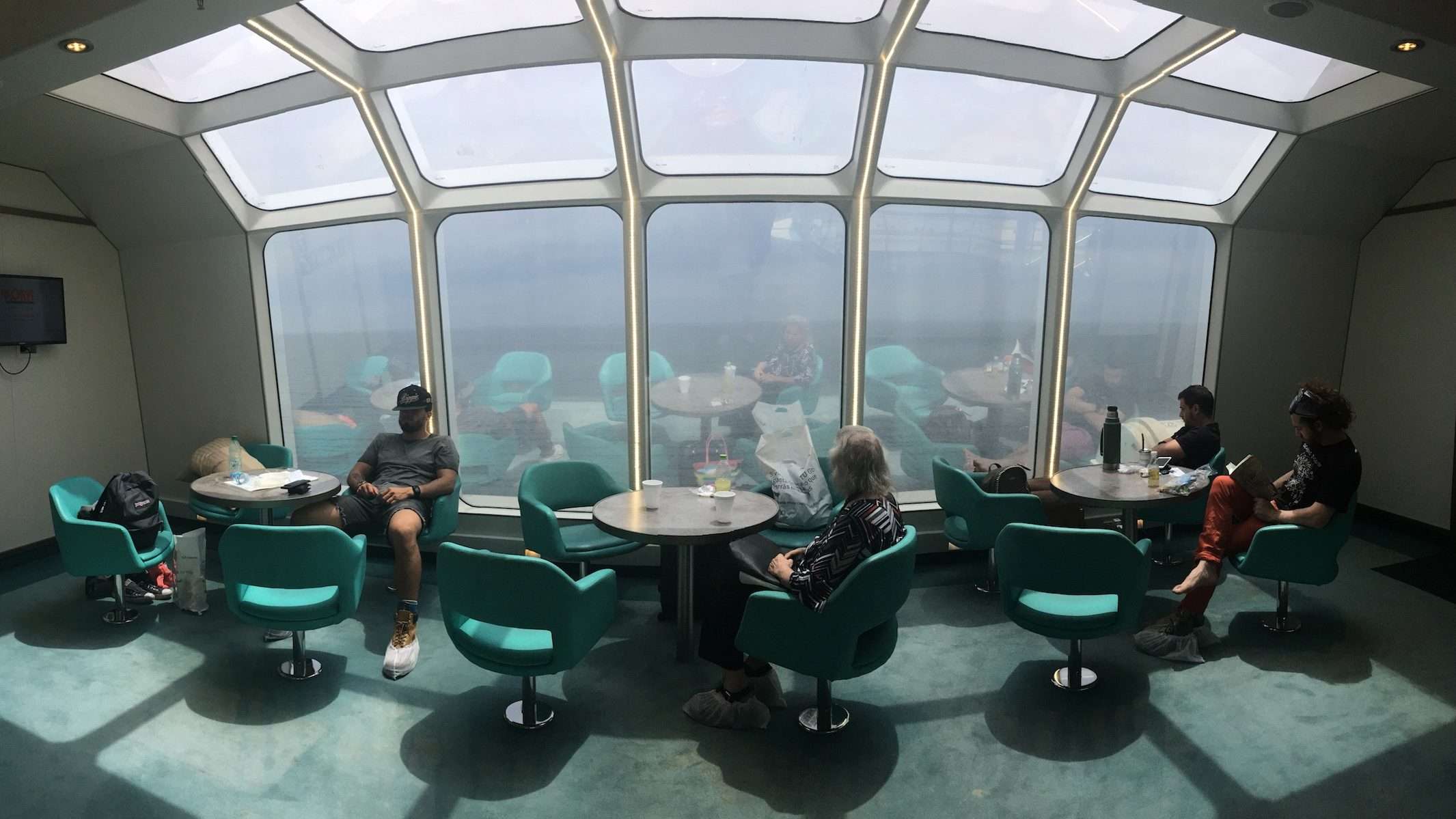 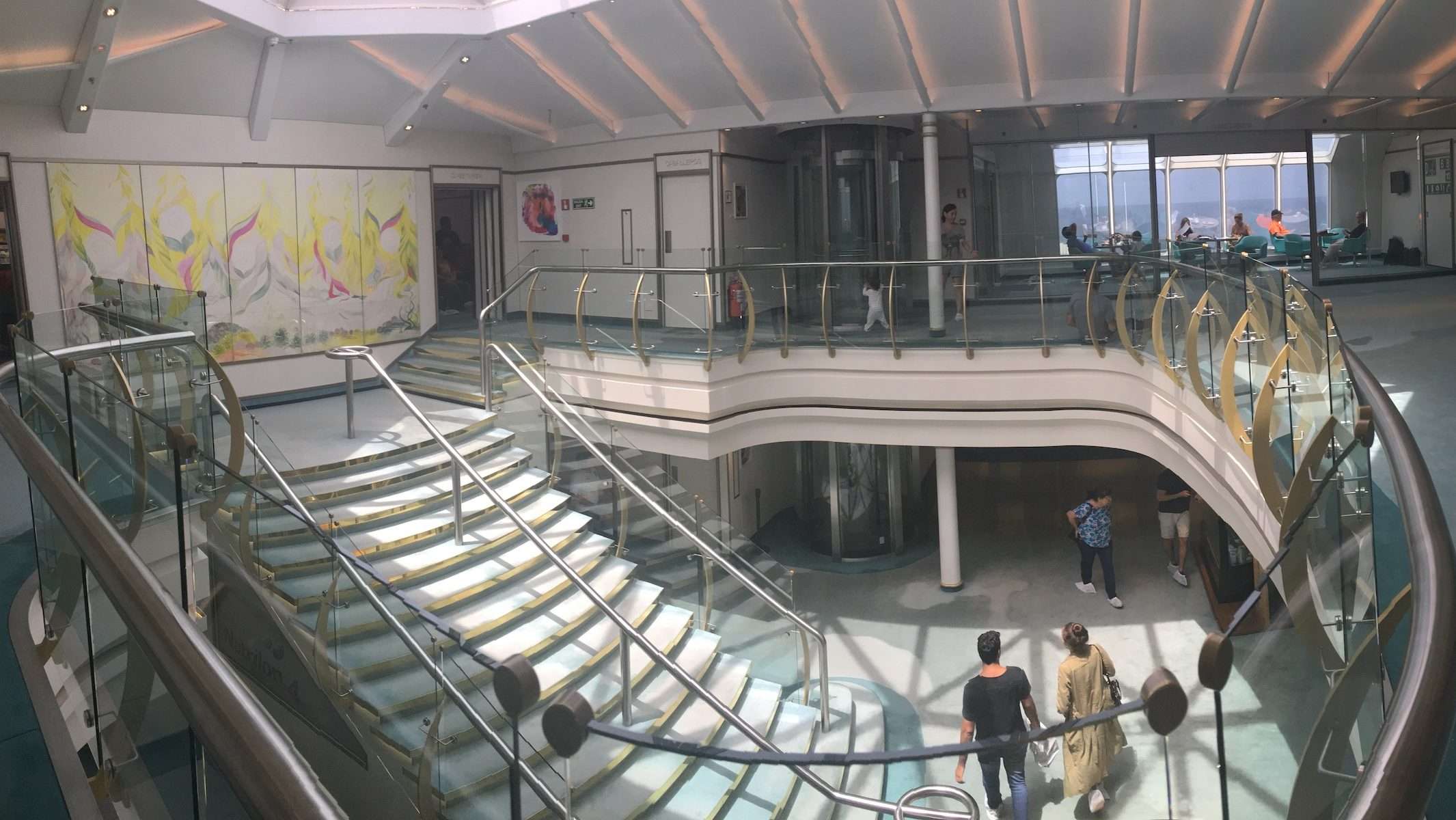 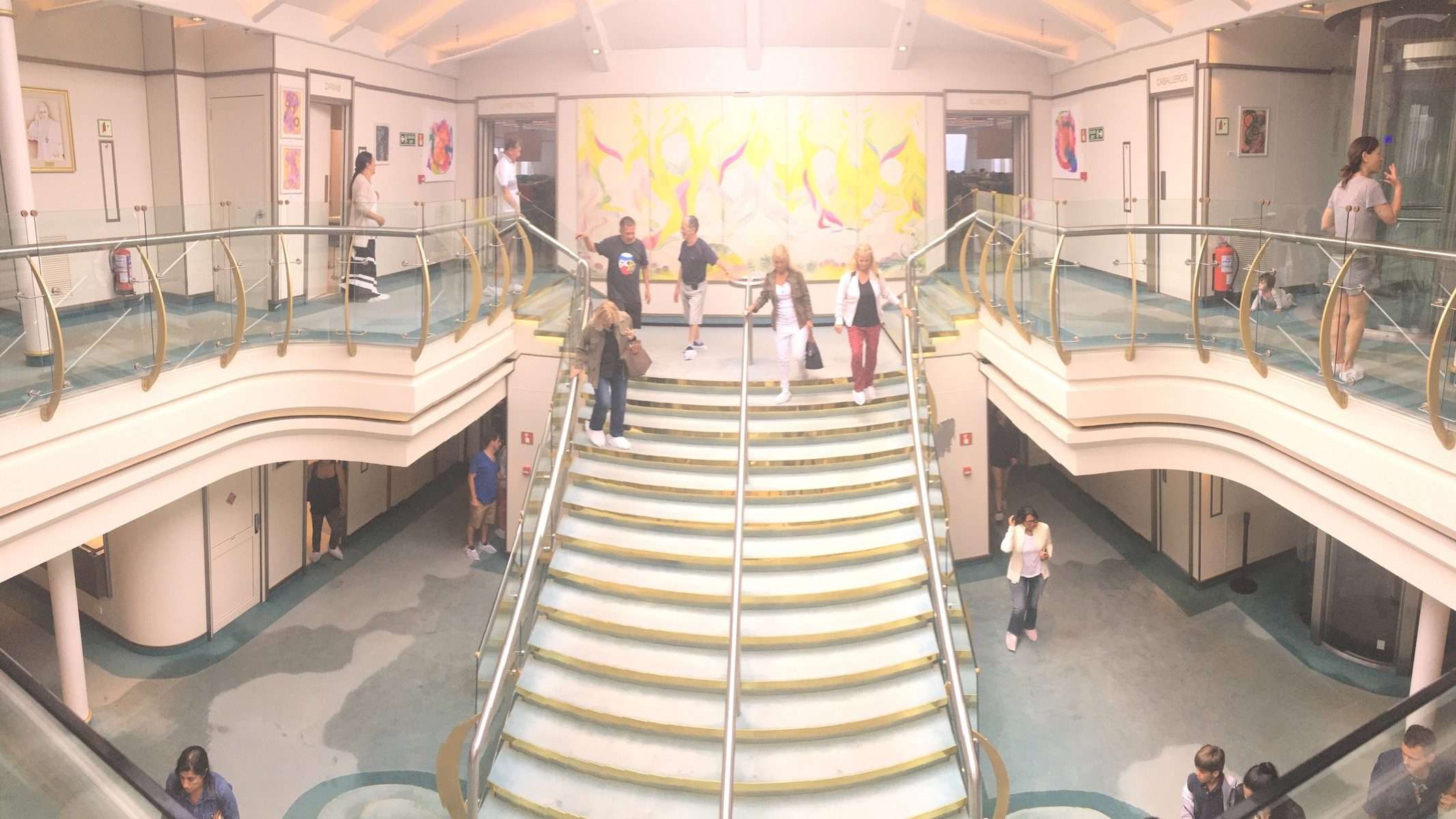 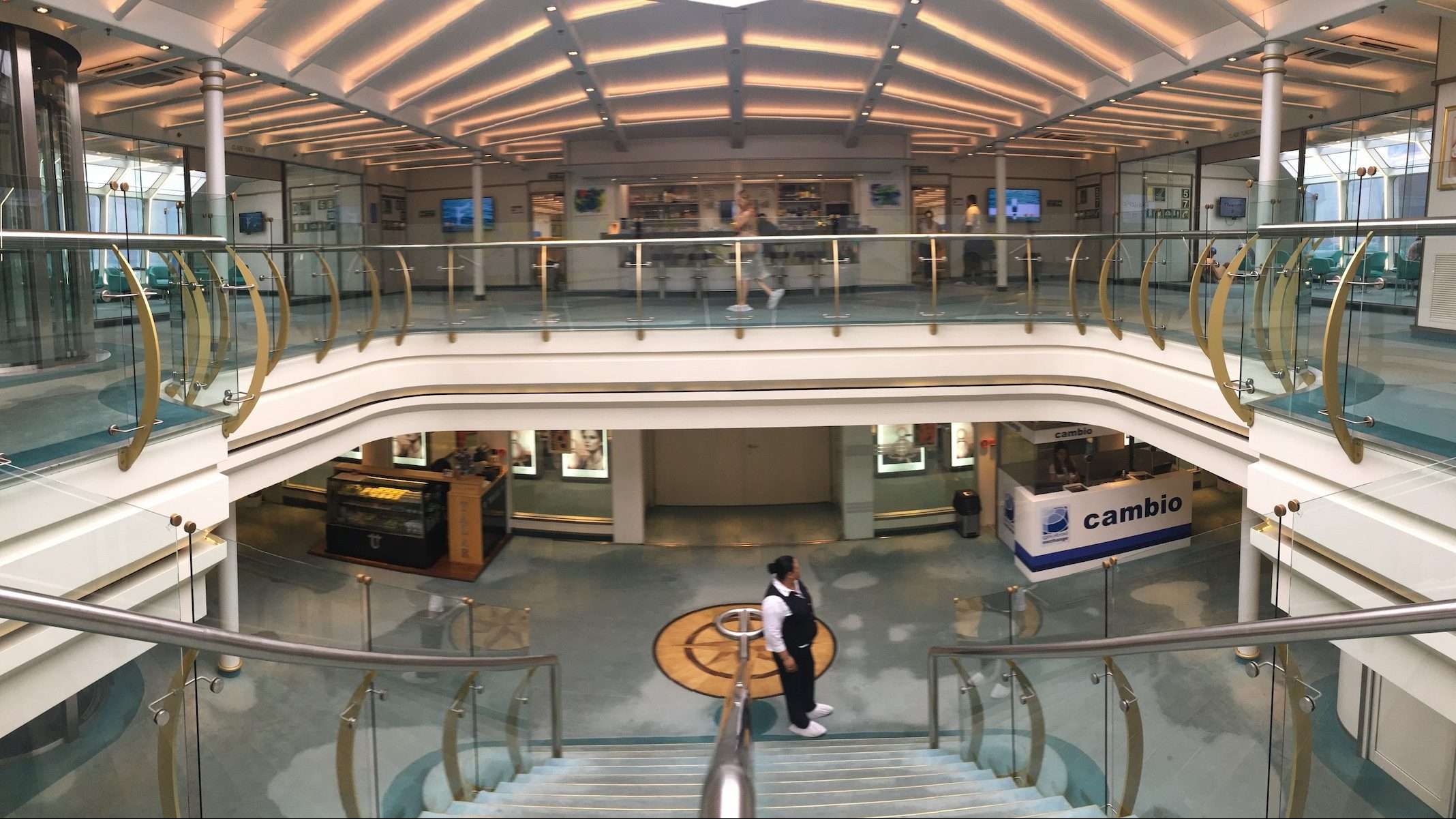 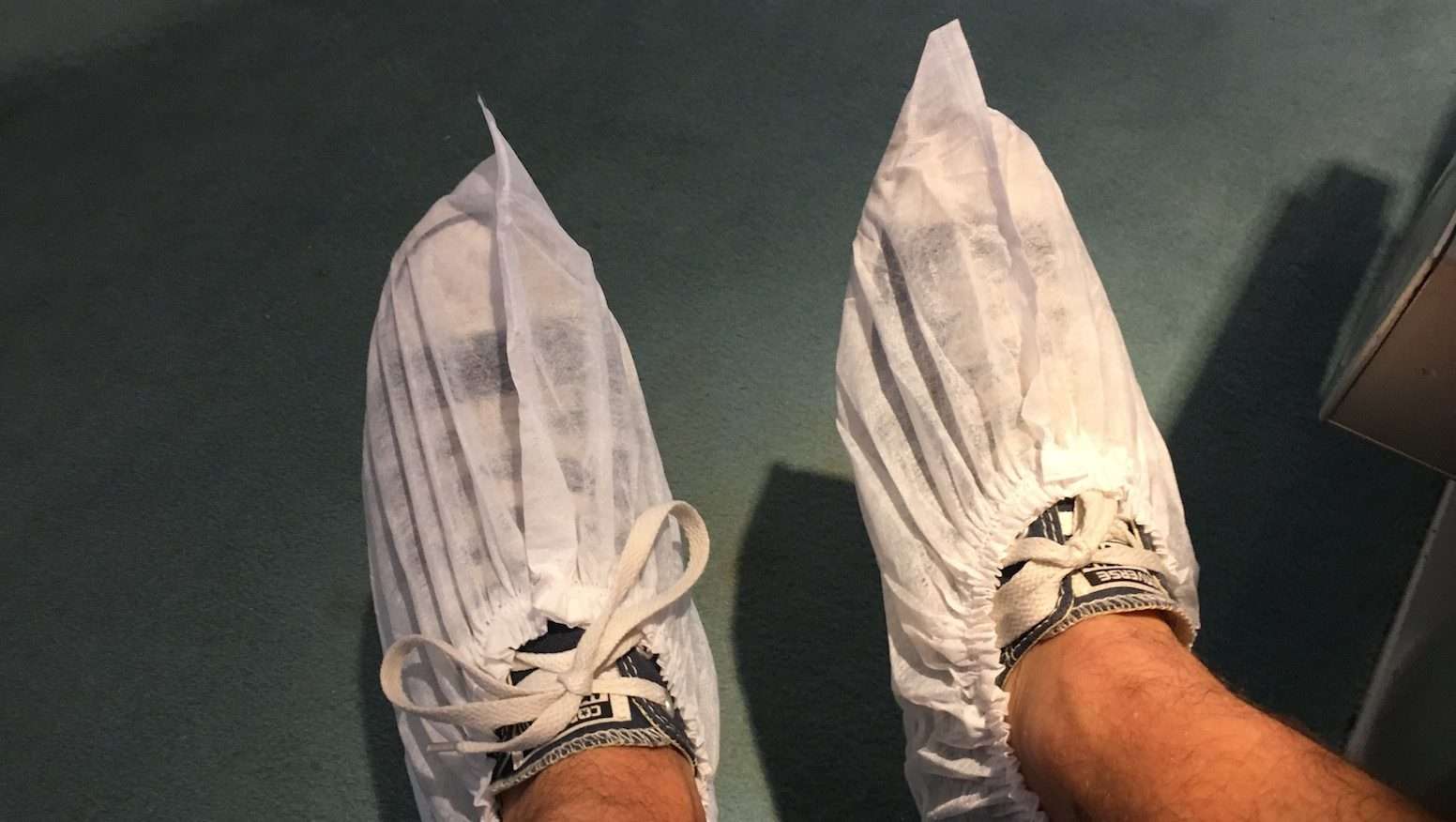 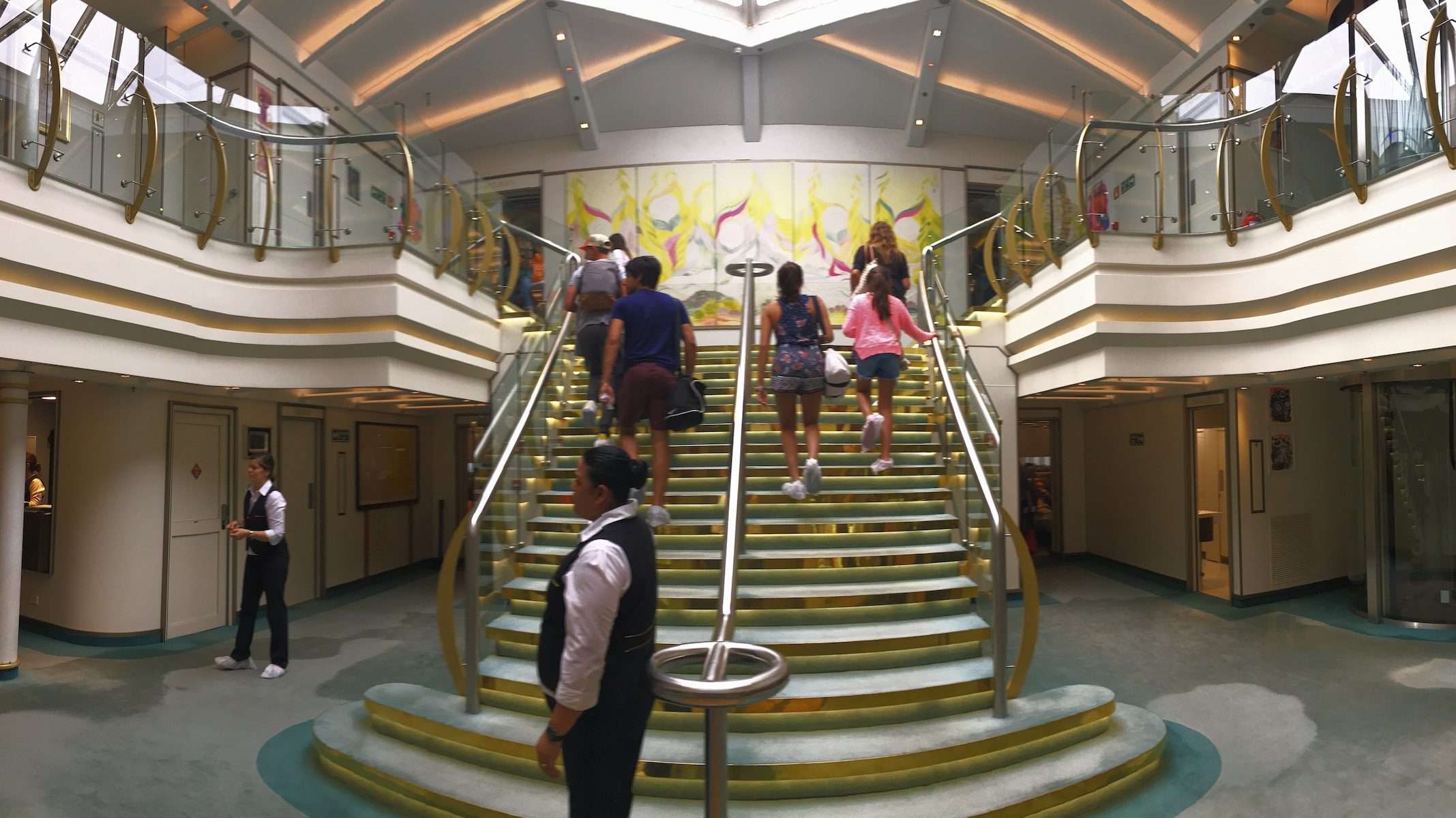 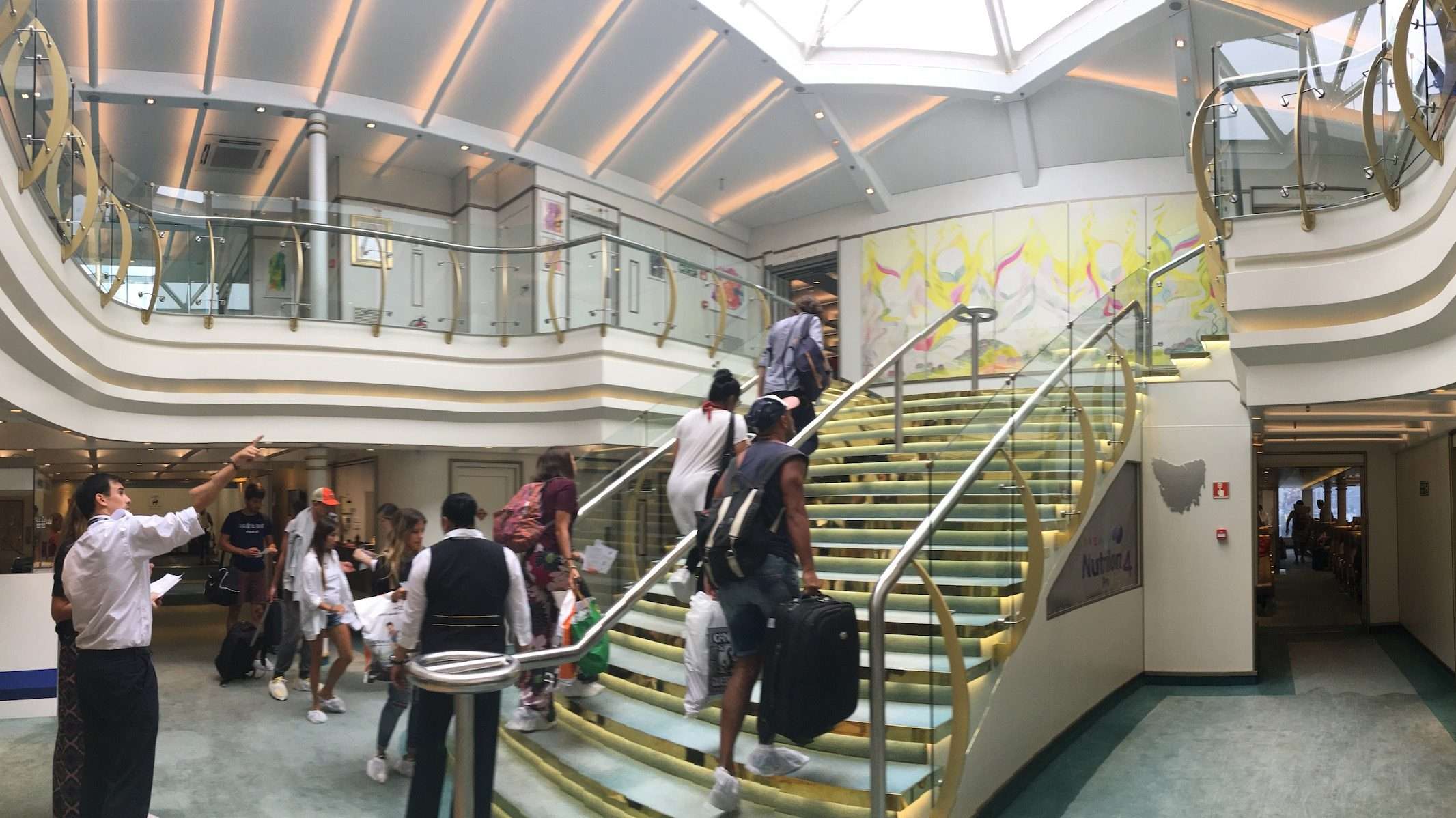 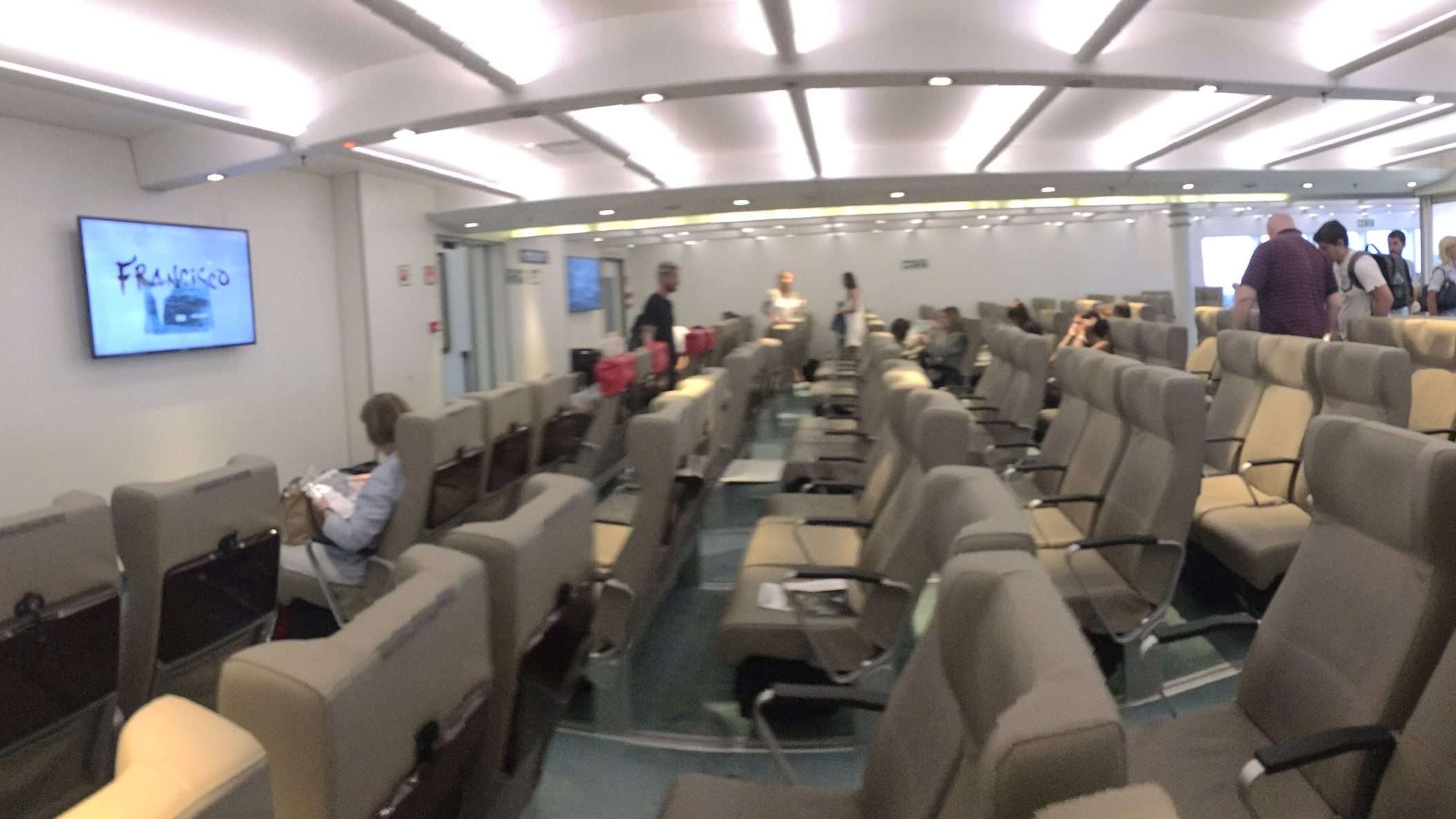 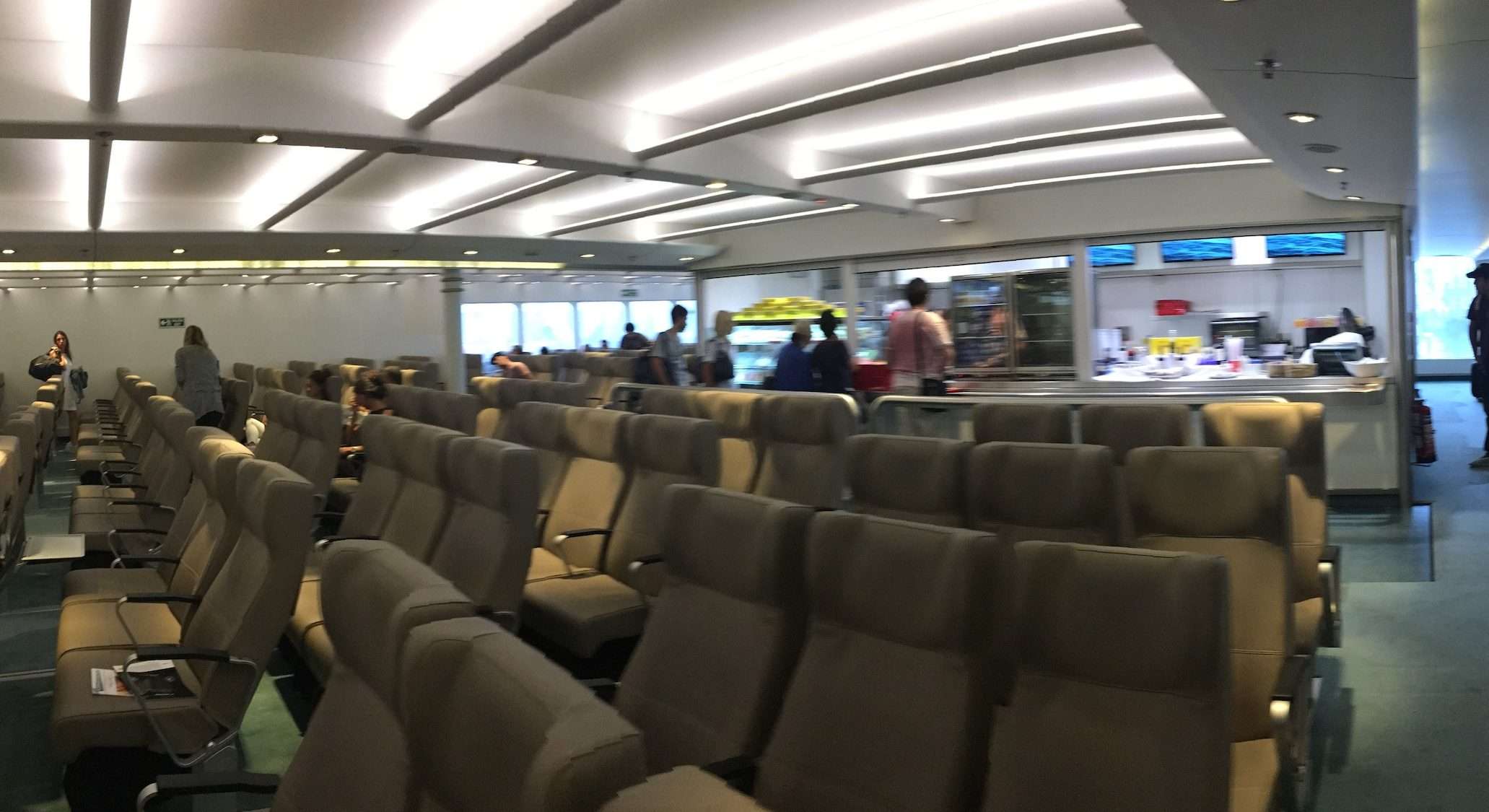 The Buquebus FRANCISCO PAPA is one of the fastest ferries in the world, is used for the Buenos Aires to Montevideo route in less than 2 hours 12 Minutes.

A new ferry named Francisco (FRANCISCO PAPA), a tribute to Pope Francis was completed by Incat in 2013. Capable of 107 km/h (58 knots) it is one of the fastest ferries in the world, used for the Buenos Aires to Montevideo route. It has a capacity of 1,024 passengers and crew and 150 cars.

Buquebus is an Argentine company that operates ferry services from Buenos Aires to Montevideo and Colonia, Uruguay.

It has several classes of travel from First, Business and Tourist. There is WIFI available but isn’t included in the fare, and like airlines, this is a paid service. There is an on-board cafeteria, bar, currency exchange and duty-free shop (that is rather expensive when expecting duty-free prices).

Before boarding you are required putting some protective footwear over your shoes or feet, this is said to prevent biological material or contamination, however, this was not required when taking Seacat Calonia ferry service.

The main reason for taking the Buquebus FRANCISCO PAPA is because of how fast it is, compared to a journey that would take about 4 1/2 hours years ago, now gets you between Buenos Aires to Montevideo in just 2 hours 12 minutes. It isn’t cheap, but definitely worth the time saved.