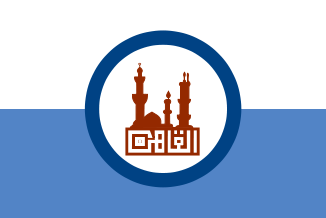 Cairo, literally “The Vanquisher” or “The Conqueror”, is the capital of Egypt. Nicknamed “The City of a Thousand Minarets” for its preponderance of Islamic architecture, Cairo has long been a centre of the region’s political and cultural life, associated with Ancient Egypt due to its proximity to the Great Sphinx and the pyramids in adjacent Giza.

One of the largest cities in both Africa and the Middle East, it is also among the world’s most densely populated cities. Situated on the River Nile, Cairo is famous for its own history, preserved in the fabulous medieval Islamic city and Coptic sites in Old Cairo. The Egyptian Museum in the centre of town is a must-see, with its countless Ancient Egyptian artefacts, as is shopping at the Khan al-Khalili bazaar. No trip to Cairo would be complete without a visit to the Giza Pyramids, and to the nearby Saqqara Pyramid Complex, where visitors will see Egypt‘s first step pyramid built by the architect Imhotep for the third dynasty pharaoh Djoser.

Though firmly attached to the past, Cairo is also home to a vibrant modern society. The Midan Tahrir area situated in downtown Cairo area, built in the 19th century under the rule of Khedive Ismail, has strived to be a “Paris on the Nile”. There also are a number of more modern suburbs including Ma’adi and Heliopolis, while Zamalek is a quiet area on Gezira Island, with upscale shopping. Cairo is best in the fall or spring when the weather isn’t so hot. A felucca ride on the Nile is a good way to escape from the busy city, as is a visit to Al-Azhar Park.

Situated along the Nile, Cairo has ancient origins, located in the vicinity of the Pharaonic city of Memphis. The city started to take its present form in 641 A.D, when the Arab general Amr Ibn Al-Ase conquered Egypt for Islam and founded a new capital called Misr Al-Fustat, “the City of the Tents”, due to the legend of Al-Ase finding, on the day he was leaving to conquer Alexandria, two doves nesting in his tent. Not wanting to disturb them, he left the tent, which became the site of the new city in what is now Old Cairo. The Tunisian Fatimid dynasty captured the city in 969 A.D and founded a new city, Al-Qahira (“The Victorious”) just north of Al-Fustat. Al-Qahira gave the city its English name, Cairo.

Three hours into my flight the captain announces we are diverted to Athens. Later it is confirmed the flight landed due to a bomb scare as reported by the BBC. Rising unrest  and the peoples call to bring down the government brings disruption to tourism in Egypt, and the UK Foreign Office advises not to travel.

My trip to Egypt is cancelled. No Cairo, Luxor, Aswan, Abu Simbel.