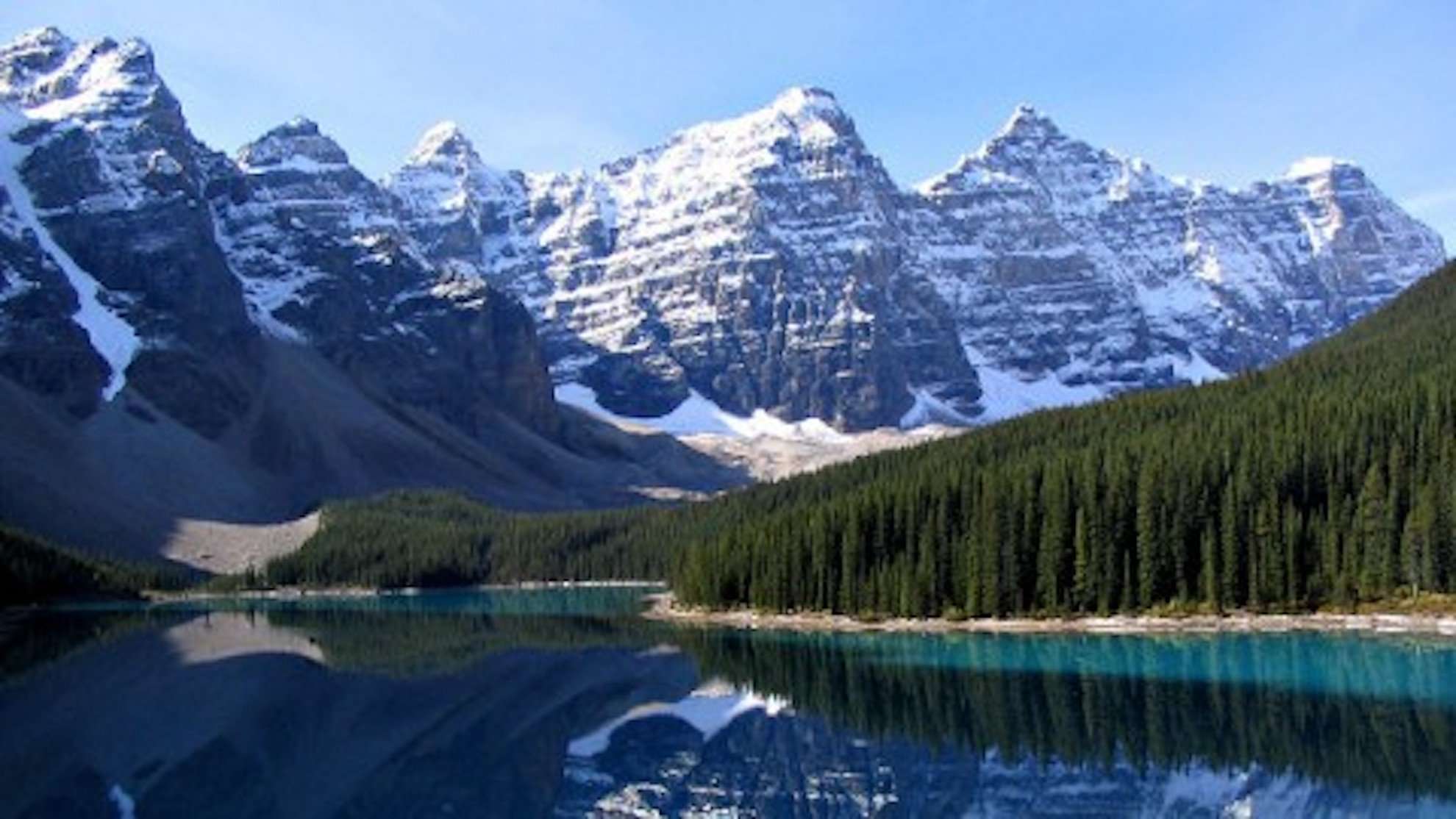 Five national parks are located within the Canadian Rockies, four of which interlock and make up the Canadian Rocky Mountain Parks World Heritage Site. These four parks are Banff, Jasper, Kootenay and Yoho. Declared a single UNESCO World Heritage Site in 1984 for the unique mountain landscapes found there, comprising peaks, glaciers, lakes, waterfalls, canyons and limestone caves as well as fossils.

For hikers and backpackers, The Canadian Rockies Trail Guide is the original and definitive reference guide book. Throughout the Rockies, and especially in the national parks, the Alpine Club of Canada maintains a series of alpine huts for use by mountaineers and adventurers.

My time in the Canadian Rockies still remains one of my most memorable times, having traveled by back back and staying at campsites along the way, observing humming birds for the first time, along with black bears, elk, deer and stunning scenery which remains to be challenged. It is one of those journeys where you find yourself lost in wide landscapes of wilderness, with the time to listen to the thoughts of nature and your inner self. That is precious enough.

The largest town in Banff National Park (4.85 km², 1.9 sq mi), located in Alberta’s Rockies, it is the town with the highest elevation in Canada, located 126 km west of Calgary and 58 km east of Lake Louise, on the Trans-Canada Highway.

The resort town is a very popular tourist destination and is known for its mountainous surroundings and hot springs. It is a major destination for outdoor sports and features extensive hiking and skiing areas.

Walk up the 1.5km trail up to the second mountain to a small cabin serving tea made with water from the glacier, and also you’ll be treated to the best views.

A small town so remote you forget all about city life, with disappearing lakes and wildlife at your doorstep.

Between Jasper and Lake Louise are the Columbia Ice Fields and the Athabasca Glacier, worth the visit to really understand the effects of global warming. Do one of the many tours (for safety reasons) offering ice walks on the glacier, which has drastically melted over the last century.