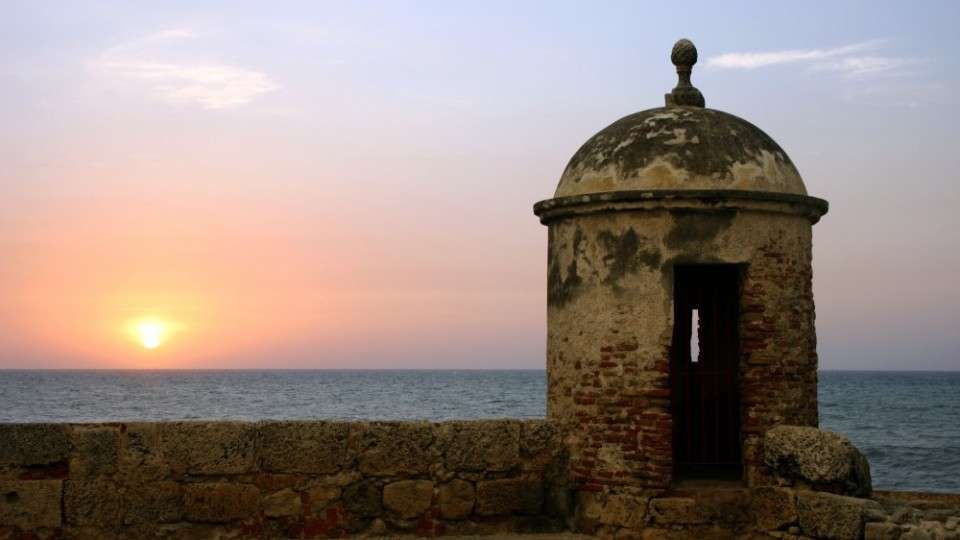 Cartagena is a large city seaport on the northern coast of Colombia. Founded in 1533 and named after the port of Cartagena in Spain‘s Murcia region, it was a major centre of early Spanish settlement in the Americas and continues to be an economic hub as well as a popular tourist destination.

Cartagena is a UNESCO World Heritage site, considered by many as one of the world’s most beautiful, fascinating and magical cities, Cartagena was founded by Spanish conquerors as the main port to bring Europeans and their goods into South America, and transport gold, silver and all sorts of plants, animals, minerals and handicrafts from all over the continent across the Caribbean and on to the Old World.

Cartagena, located on Colombia‘s northern coast and facing the Caribbean Sea, is the most visited city in the country by tourists. The city has basically two main parts where tourists go, the walled colonial city (“Ciudad Amurallada”), which is truly amazing and has many fancy restaurants, clubs and hotels; and a long strip of hotel towers and condos fronting onto the beach, known as Boca Grande.

The old town, in particular, is best explored walking. Most places in Boca Grande are also within walking distance. Go to the Ciudad Amurallada (Walled City), also called “Centro Historico” and “Corralito de Piedra”. Inside the Old City, go to Las Bevedas (The Vaults), a construction attached to the walls in the Santa Catalina Bastion, from the top of this construction you will be able to view the Caribbean Sea.

Cartagena‘s 500-hundred year-old coral stone forts and great parts of its walled city are admirably intact and represent some of the finest examples of civil and military architecture of the Spanish colonial times. Cartagena‘s main attraction is its historic old town surrounded by the city wall. The main entrance is the Clock Tower Building. The walled city includes the neighbourhoods Centro, San Diego, Gethsemane and the modern part La Matuna. The oldest part of Cartagena is around Plaza Trinidad in Getseman.

Day tours from Cartagena include boat transportation, lunch and refreshments, boat trips to near by secluded white sand beaches, and amenities to be enjoyed. Several agents arrange boat tours to Islas del Rosario. A set of small islands out of the coast. Usually, the tour includes lunch, a visit to an aquarium and a few hours at Playa Blanca. If you buy your tour at one of the street vendors, don’t pay in advance, preferably pay part or all at return in Cartagena.

The most thrilling part of our holiday was while out on our boat trip to Islas del Rosario, when on our return back to the city we soon discovered some-one had been left behind on the island, having to turn back to fetch them. In the process, we used more fuel than expected and soon found ourselves under dark stormy clouds, stranded in a lagoon, bargaining with locals to provide us with the fuel we needed to get us back. Approaching the city, it began to rain and thunder, lightning striking the nearby hills and battling some choppy waves. We made it back but I left feeling like someone was watching above for thanks.

I can’t help but remember so many good times in Cartagena, it left feeling I had a complete holiday, from culture, adventure, history, and most importantly, tons of fun.