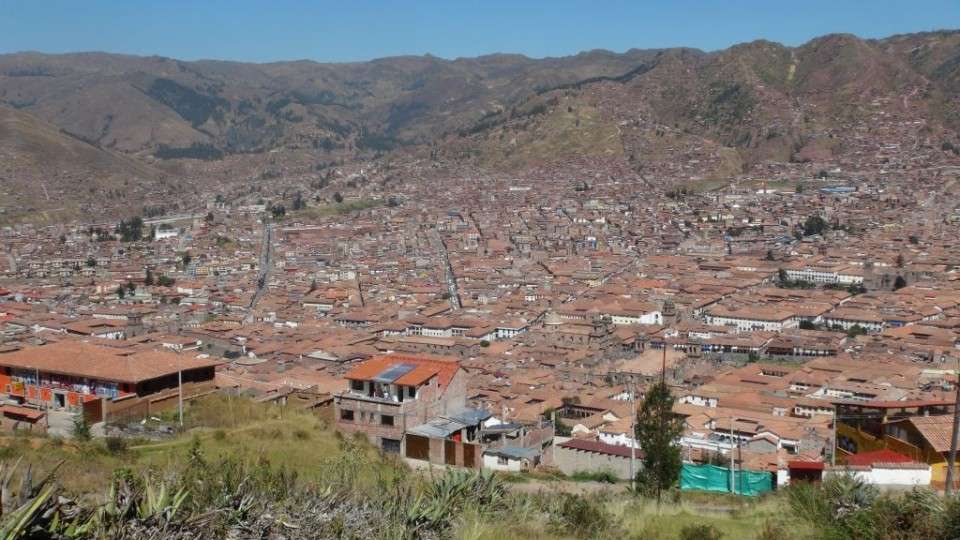 At 3,400 m above sea level, Cuzco (also “Cusco“, or “Qosqo” in Quechua), was the capital of the Inca Empire. Cuzco is a Unesco World Heritage Site and is one of Peru‘s most visited cities as it is the largest and most comfortable city from which tourists can begin visits to Machu Picchu, the Sacred Valley of the Incas, and other Inca sites in the region.

Cuzco is a well preserved colonial architecture, evidence of rich and complex history. The city itself represents the centre of indigenous Quechua culture in the Andes, and by merely walking the streets one sees the layers of history. The city is surrounded by a number of ruins, the most impressive being Sacsayhuaman, the site of the 1536 battle in which dozens of Pizarro’s men charged uphill to battle the forces of the Inca.

For most travellers, Cusco is the highest point on their trip and altitude sickness is a big problem. Most hotels offer coca tea (coca leaves are the traditional native remedy for altitude sickness) and finding products made out of coca like coca candy is easy to find in Cusco. If you expect to get drug tested upon your return home, however, avoid all products with coca.