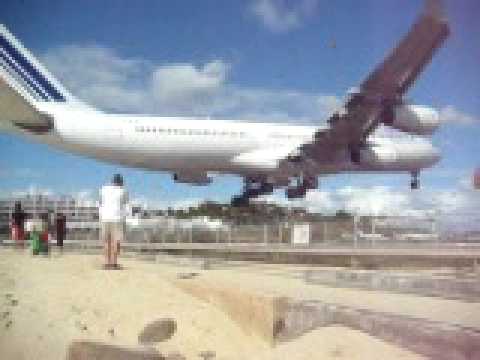 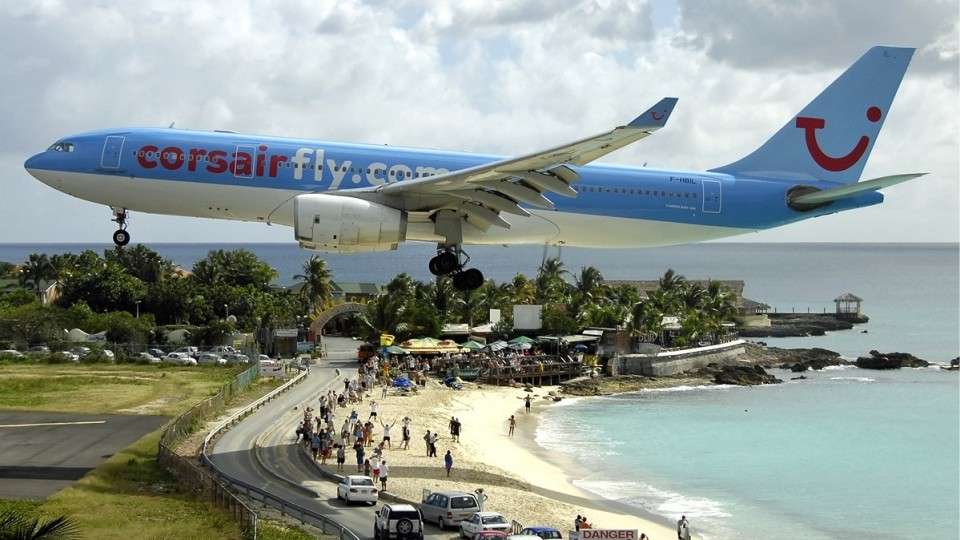 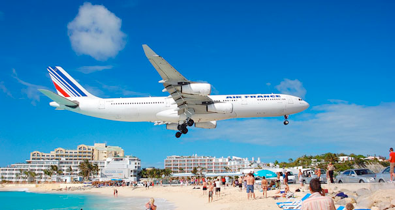 A list of some of the world’s most dangerous airports, scary landings and take-offs.

It’s not the sort of thing you always wanted to know before you travel, but there are some airports around the world notorious for risky landings and take-offs. I’ve researched and found a list of some of the worlds most dangerous airports. In no particular order, they are:

A runway built for small and medium planes with just about 7,152 feet of runway, but big 747’s and A340s land on this airport. If you are sunbathing along Maho Beach, there is a big chance that you will in kissing distance from the big wheels of the big, big jet approaching the international airport.

You will be passing mountain terrain, prior to landing approach your heart might stop for a while as the pilot makes a last-minute 45 degree bank towards the left to touch down properly to the airport located in the middle of a bowl-like valley with a 6,112 feet of runway. The airport is located 3,294 feet up and can only host an airplane as big as the 757 of Boeing.

Pilots need to direct their airplane towards the mountain then bank right at the last-minute to align with the runway. The mountains and Atlantic Ocean make the path to be approached clockwise. Runway 05 remains to be a scary one. Prepare yourself for a turbulent landing on the island’s partially over-the-water runway.

In 2000 the runway was extended over the Atlantic Ocean about half a mile in order to accommodate jet liners. The over water landing strip is supported by giant pillars.

Pilots and passengers have to put up with mega-turbulence during landing, so much so that, at times, high winds and storms still close this airport to jet liners during winter months. The airport itself is extremely modern and well-kept, which any entering visitor deserves after putting up with what can be an arm rest clenching landing.

There is no room for any mistake. You will be landing on the northeastern portion of the island and the pilot needs to consider the very strong winds and 1,300 feet only of runway. Shorting the runway can spell disaster towards the cliffs. Overshooting the runway will force a go around.

Only daytime landings of the Yeti Airlines are allowed in this airport which is really prone to the Himalayan wind shears and even the brave mountaineers who conquer Mt. Everest cross their fingers that the pilot in the cockpit is a good one. Landing will give you an uphill runway while take off will give you a short runway with a deep valley below. Scary stuff.

Private aircrafts bringing visitors to the Les Toris Vallees Ski resort land on this French Alps airport with only 1,722 feet of runway that has a vertical drop at the end. Maneuvering towards the airport requires special training but meeting strong winds and ice make every landing scenario unpredictable.

Construction of the airport dates back to World War II, and it continues to serve as a base for the United Kingdom’s Royal Air Force, though commercial flights land on a daily basis.

Winston Churchill Avenue, Gibraltar’s busiest road, cuts directly across the runway. Railroad-style crossing gates hold cars back every time a plane lands or departs. There is a mountain on one side of the island and a town on the other, the runway goes from side to side on the island because it’s the only flat space there, it just happens to be the best place to land, so sometimes it’s a road and sometimes it’s a runway.

I’m sure that there are a few more that could be added, if you have any suggestions I would be interested to know.