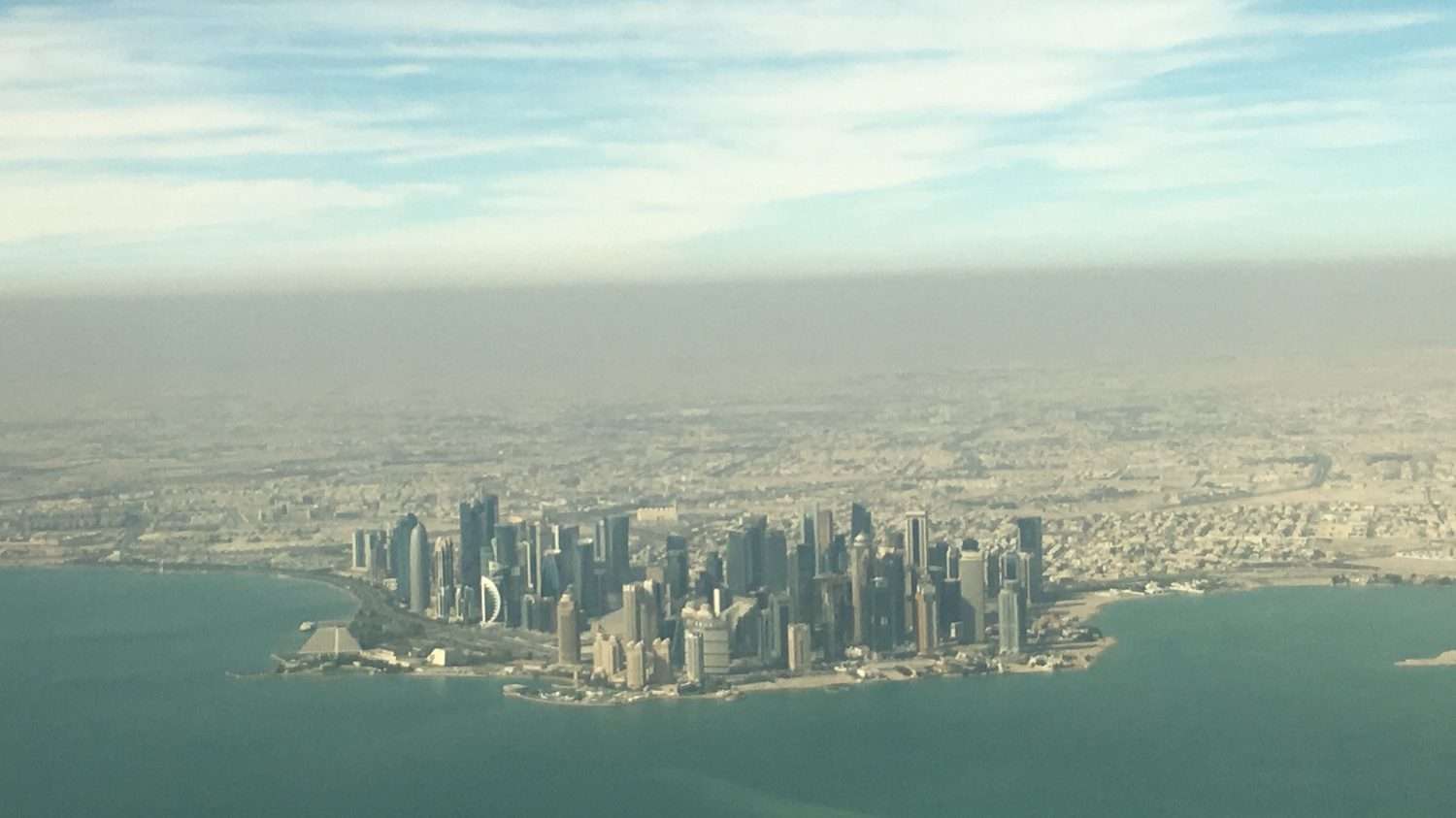 Doha is the capital city and most populous city of the State of Qatar, located on the coast of the Persian Gulf in the east of the country and it is also the economic centre.

We found ourselves spending over 8 hours in Doha after our flight had technical problems and so we left the international airport to visit this little known city and see what it had to offer visitors, especially since in May 2015, Doha was officially recognized as one of the New 7 Wonders Cities together with Vigan, La Paz, Durban, Havana, Beirut, and Kuala Lumpur.

Doha has a reputation for not being the most exciting place on earth. Even in the few short hours we had, there was little that really made us want to stay longer despite its shiny metropolis.

The visual highlight of Doha is Al-Corniche, a long seaside promenade that curves around Doha Bay and affords pretty views of Palm Tree Island and the city’s skyscrapers. In the afternoons you will see plenty of locals strolling along the Corniche, often trying to get out of the way of the odd crazy Western ex-pat on rollerblades. It’s also a good place for jogging. Cycling is prohibited. If you’re looking to have the scenery all to yourself, go on a Friday morning.

Set sail from the Corniche on a Dhow boat ride. You can usually negotiate the rate for a trip around the bay. You can also rent an entire dhow boat for the afternoon and evening for a private party.

For shopping the City Centre-Doha which opened in April 2001 and is the largest shopping centre in Qatar. Located in West Bay, the modern part of the city on the Northern end of the Corniche, it offers a large and diverse shopping experience, including several jewellers and perfume stores. For entertainment, there is a large multiplex cinema, a bowling alley, a children’s arcade, as well as an indoor ice skating rink. There are several eating options including two food courts as well as several sit-down restaurants. By western standards, this mall is quite dated for its age but remains popular due to its large size and ideal location.

Perhaps there is more to Qatar than just Doha, but this is something I would have to investigate if I was to return and stay longer.