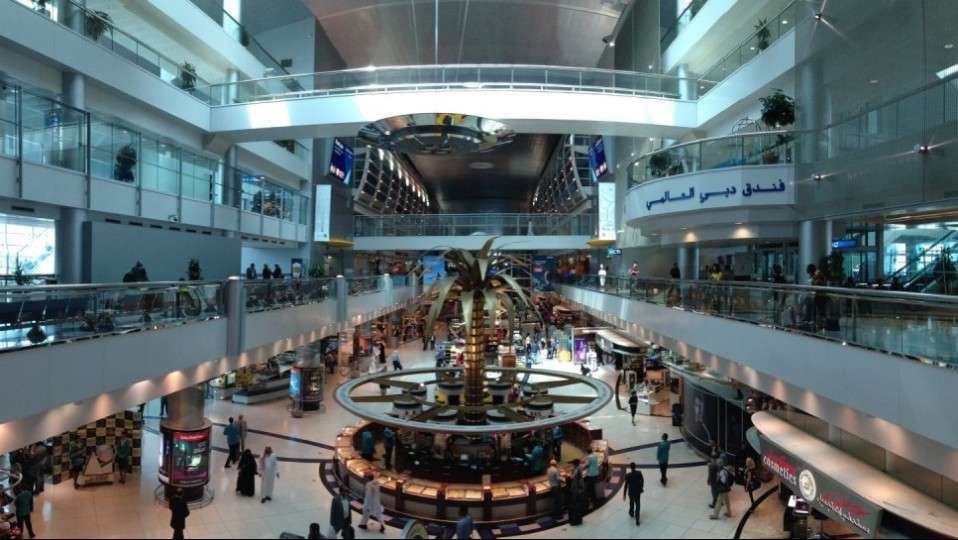 It is a major airline hub in the Middle East and is the main airport of Dubai. It is situated in the Al Garhoud district, 2.5 nautical miles (4.6 km; 2.9 mi) east of Dubai.

The airport is operated by the Dubai Airports Company and is the home base of Dubai‘s international airlines, Emirates, FlyDubai and Emirates SkyCargo; the Emirates hub is the largest airline hub in the Middle East; Emirates handles 64 per cent of all passenger traffic, and accounts for about 50 per cent of all aircraft movements at the airport.

The airport consists of three terminals and has a total capacity of 80 million passengers annually. Terminal 3 is the largest building in the world by floor space and the largest airport terminal in the world. As of February 2014, there are over 7,000 weekly flights operated by 140 airlines to over 230 destinations across every continent except Antarctica, one of only six airports outside Europe doing so, the other five being DOH, AUH, JFK, YYZ and JNB.

Dubai International is an important contributor to the Dubai economy, employing approximately 58,000 people.