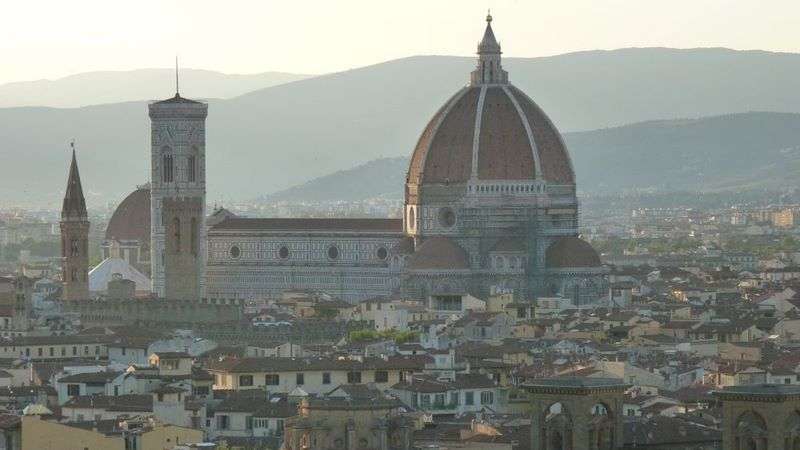 Rich in art and architecture, a centre of medieval European trade and finance, the birthplace of the Italian Renaissance and once the capital of the Kingdom of Italy.

Florence is so rich in art that some first-time visitors experience the Florence Syndrome, a phenomenon observed and described with more than 100 cases among tourists and visitors after many descriptions of people experiencing a rapid heartbeat, dizziness, confusion, hallucinations and fainting while taking in Florentine art. Named after a famous 19th-century French author Stendhal (Stendhal syndrome), who described his experience with the phenomenon during his 1817 visit to Florence, Italy.

Florence keeps an artistic heritage which is marvellous evidence of its aged culture. Their works, together with those of many other generations of artists are gathered in the several museums around the town, so many of which that it is impossible to do it all in a weekend. Florence is so rich in art and history that a visitor requires several stays to take as much of it in, a feast for the eyes of the lover of art and culture.

Contained in medieval walls that were built in XIV century to defend the city after it became famous and important for its economic growth and was declared a World Heritage Site in 1982 by the UNESCO for the importance of its cultural heritage. Known as the “cradle of Renaissance” for its monuments, churches and buildings, the best-known site of Florence is the domed cathedral of the city, Santa Maria del Fiore, known as The Duomo. The dome, 600 years after its completion, is still the largest dome built in brick and mortar in the world.

Tourism is the most significant industry in the centre of Florence. Though the local population is greatly outnumbered by tourists from all over the world. The Uffizi and Accademia museums are regularly sold out of tickets, and large groups regularly fill the basilicas of Santa Croce and Santa Maria Novella, both of which charge for entry.

Florentine food grows out of a tradition of peasant eating, the vast majority of dishes are based on meat. The most famous main course is the bistecca alla fiorentina, a large one inch high T-bone steak of Chianina beef cooked over hot charcoal and served very rare on a bed of arugula, often with slices of Parmesan cheese on top with local olive oil.

It comes as no surprise that notable residents of Florence include Leonardo da Vinci, famous for his Mona Lisa and other paintings, inventions, and scientific experiments. Galileo Galilei, Italian physicist, astronomer, and philosopher. Amerigo Vespucci, explorer and cartographer, naming America. Michelangelo Buonarroti, sculptor, painter, also famous for the ceiling of the Sistine Chapel and David. Donatello, sculptor. Raphael, painter.Antonio Meucci, inventor of the telephone. Florence Nightingale, pioneer of modern nursing, and a noted statistician. Roberto Cavalli, fashion designer and Guccio Gucci, founder of the Gucci label.

The worlds favourite dessert, ice cream, also was created in Florence, invented by Fernardo Buontalenti in 1565, who apart from being a famous architect in his day, was also employed by the Medicis as their master of ceremonies at court. He discovered how to freeze the ingredients of egg yolks, honey, milk, butter and a drop of sweet wine.