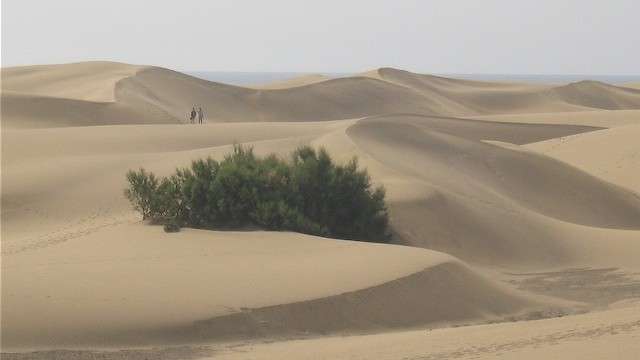 One of a group of islands belonging to Spain, an island of the Canary Islands located in the Atlantic Ocean about 150 kilometres off the northwestern coast of Africa.

Conquered on April 29, 1483, for the Kingdom of Castile, an important step towards the expansion of unified Spain. In 1492, Christopher Columbus anchored in the Port of Las Palmas, the capital city, on his first trip to the Americas.

Long golden beaches and endless dunes of white sand, a third of the island is under protection as a Biosphere Reserve by UNESCO. The east coast of the island is flat dotted with beaches while the western coast is rockier and mountainous.

I spent a week in this popular European holiday destination, there is not much to be said… frankly, there is not much to gain from visiting Gran Canaria other than a simple beach holiday, culturally it is dead as is the landscape. Days are usually spent on some beach, the nightlife is something else, as you will find yourself among drunken groups guzzling as much cheap booze as they can before the holiday is over.

On the other hand, it is a tax-free zone so shopping for booze, cigarettes and perfumes is certainly cheap and worth the trip, but not much else.

If you have a list of places to see make sure this destination is one that falls near the bottom of the list. Yawn!