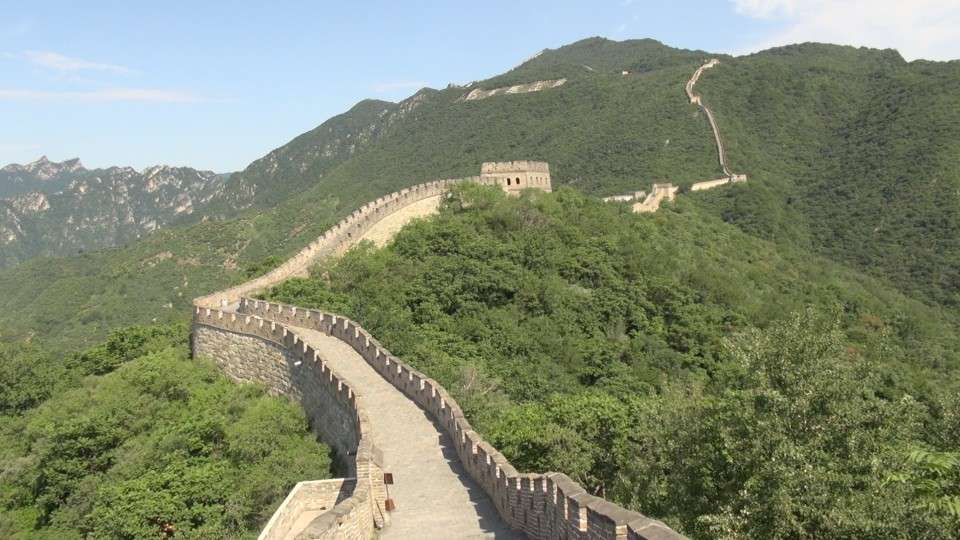 As one of the best-preserved parts of the Great Wall, the Great Wall Mutianyu section of the used to serve as the northern barrier defending the capital and the imperial tombs.

Built mainly with granite, the wall is 7–8.5 metres high and the top is 4–5 metres wide. Compared with other sections, the Mutianyu Great Wall possesses unique characteristics in its construction.

Watchtowers are densely placed along this section of the Great Wall – 22 watchtowers on this 2,250-metre-long stretch. Both the outer and inner parapets are crenellated with merlons so that shots could be fired at the enemy on both sides – a feature very rare on other parts of the Great Wall.

The Mutianyu Pass consists of 3 watchtowers, one big in the centre and two smaller on both sides. Standing on the same terrace, the three watchtowers are connected to each other inside and compose a rarely seen structure among all sections of Great Wall. Besides, this section of Great Wall is surrounded by woodland and streams. The forest-coverage rate is over 90 per cent.

Today, this section of the wall is open to visitors. There are three methods of ascent and four methods of descent to choose from. Besides utilizing 4000+ steps, visitors may also choose between a two-rider chairlift or four-rider gondola lift up from the foothills to the level of the wall, which runs along the ridges above. These lifts may also be used to descend. Another feature of the wall at Mutianyu is an alternate method of descent by single-rider personal wheeled toboggan. This allows single riders to descend from the wall to the valley on a winding metal track.

Adjacent to the Mutianyu wall is its namesake village, which has been hailed by the Chinese government as a model village because of its rebirth largely thanks to tourism and glassware industries.

Due to its proximity to the Jiankou Great Wall, the Mutianyu-Jiankou Trail is becoming one of the most popular Great Wall hikes. As Jiankou is in a state of disrepair, this hike combines the preserved condition of Jiankou’s Great Wall with the classic restorative brickwork of Mutianyu.