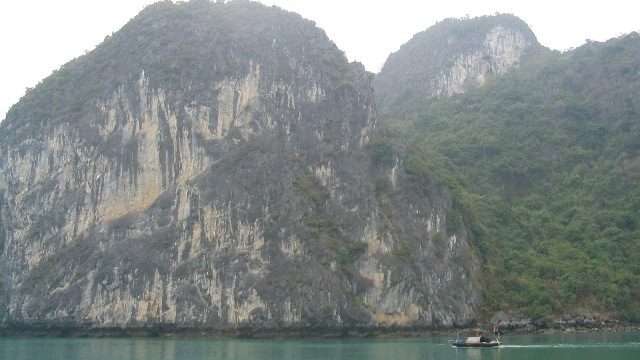 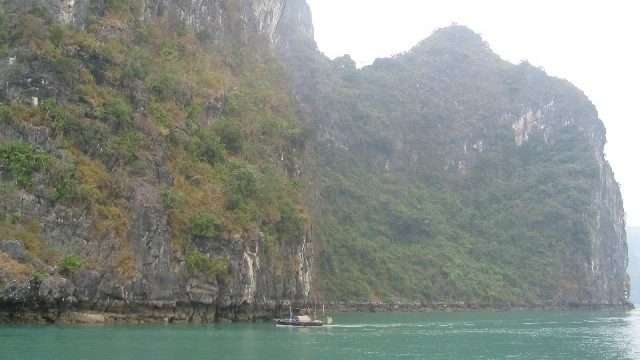 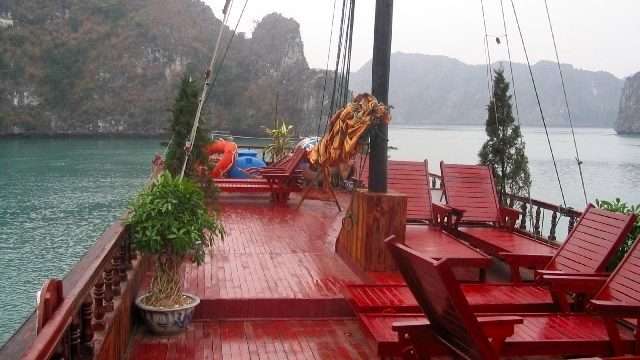 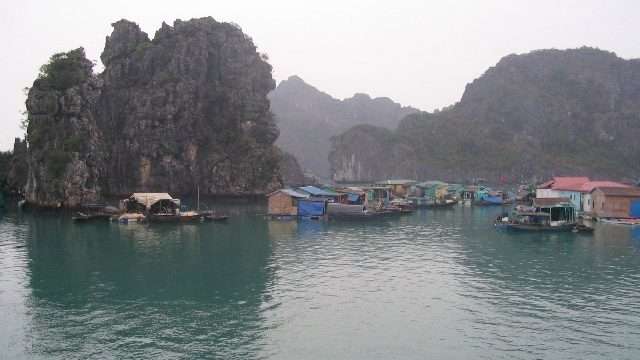 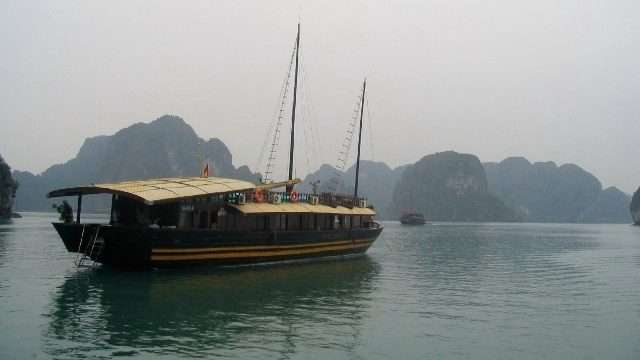 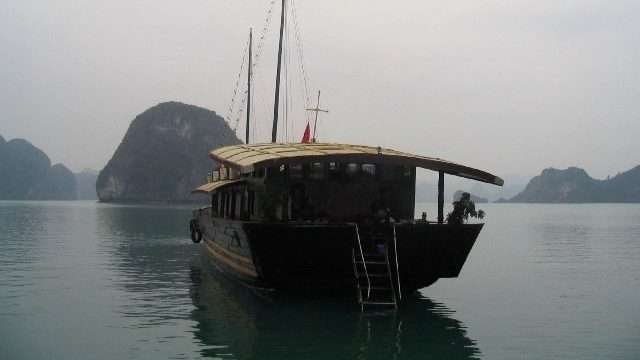 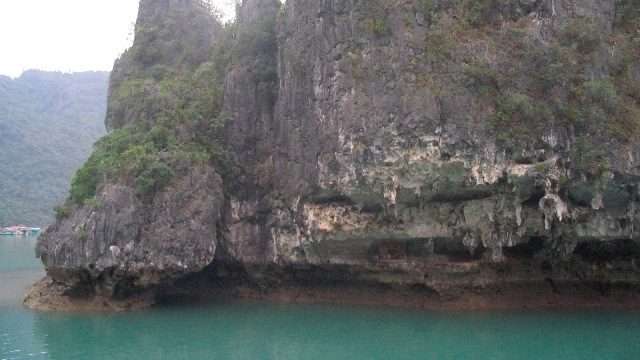 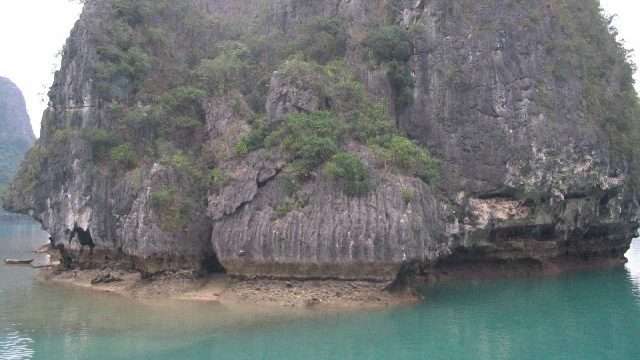 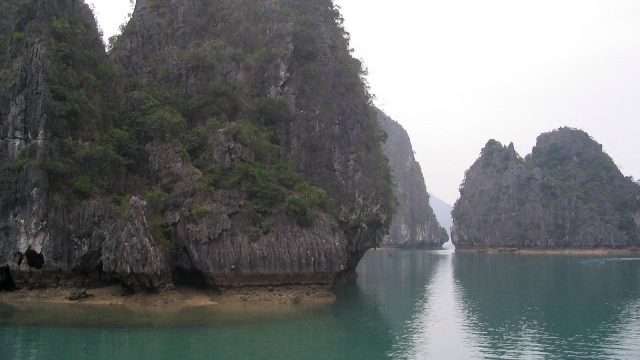 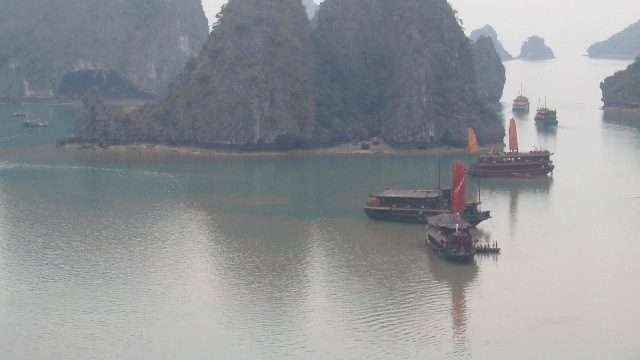 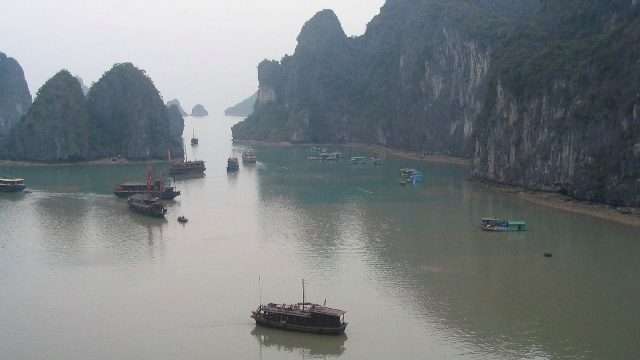 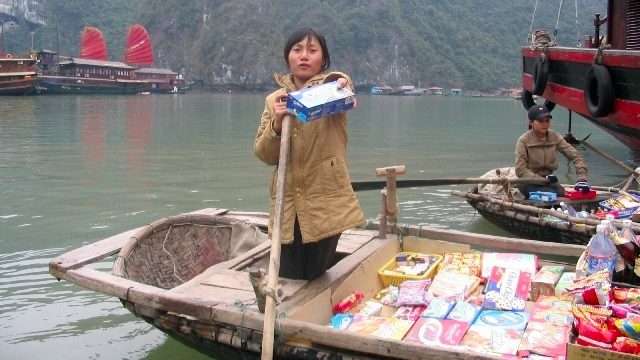 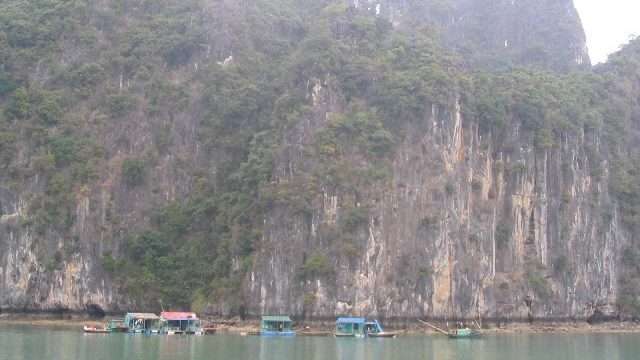 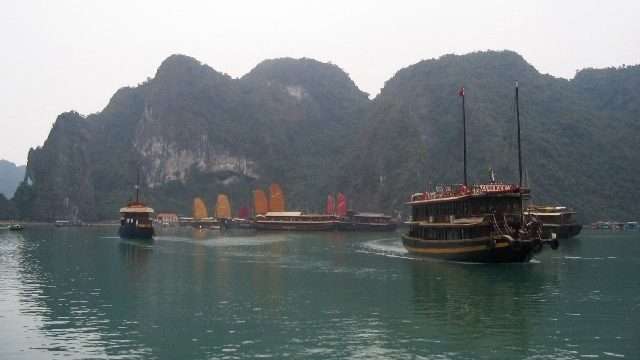 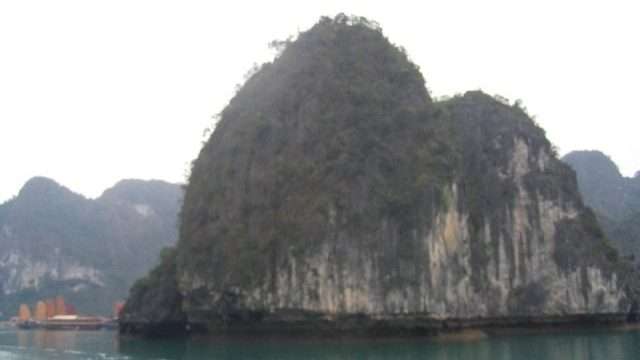 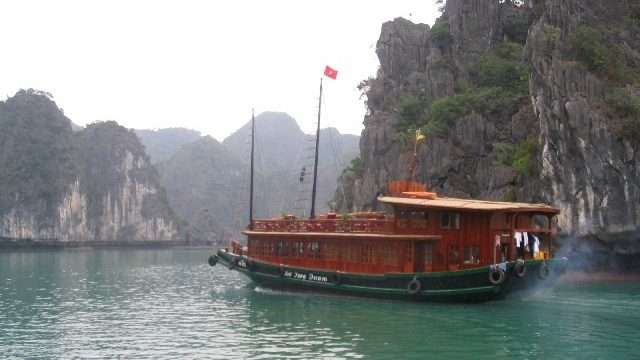 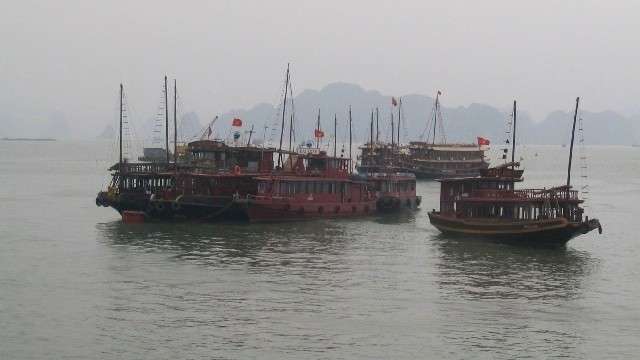 Ha Long Bay, translated as ‘Bay of Descending Dragons‘, 1969 islands which rise from the ocean, mystical and a must on a visit to Vietnam.

Local legend has it that when the Vietnamese were fighting Chinese invaders, the gods sent a family of dragons to help defend the land. This family of dragons began spitting out jewels and jade, the jewels turned into the islands and islets dotting the bay, linking together to form a great wall against the invaders.

The people kept their land safe and formed what later became the country of Vietnam. After that, dragons were interested in peaceful sightseeing of the Earth and then decided to live here. The place where Mother Dragon flew down was named Ha Long.

Some of the islands support floating villages, a community of around 1600 people live on Ha Long Bay in four fishing village. They live on floating houses and are sustained by capture fishing and marine aquaculture.

Recognised as a Unesco World Heritage Site in recognition of its universal aesthetic, geological and geomorphologic value. The New Open World Foundation has included Ha Long Bay on its list for nomination as one the World’s 7 Natural Wonders.

Visitors to Ha Long Bay must purchase a ticket from the Ha Long Bay management department before boarding the junk boats.

The best way to get there is from Hanoi (165km or 3 hrs 30 minutes drive) by choosing a travel package from the many travel agents (Geographic Holiday), shop around for best deals but we managed to get one night onboard a traditional junk boat, including food and transport for about US$40 each (2005).

You haven’t been to Vietnam if you leave without seeing the magic of Ha Long Bay, we regret not spending more than a night here.

Reports claim that as Vietnam‘s tourism increases so does the way of life with pollution and environmental impacts with the growing number of visitors.