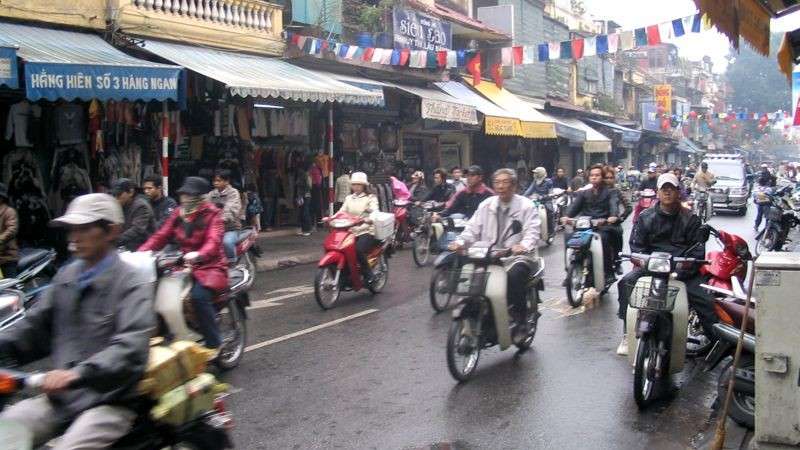 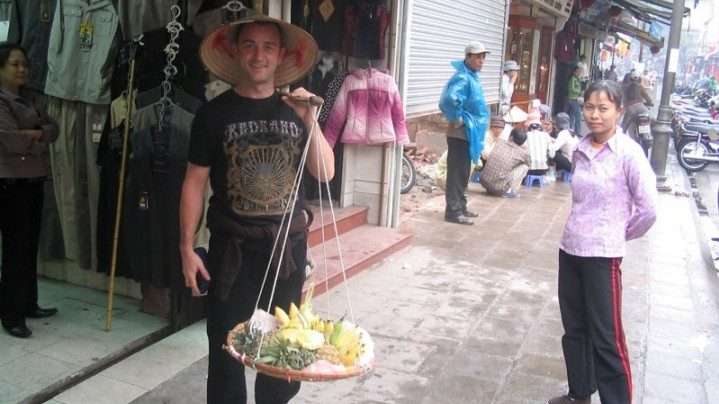 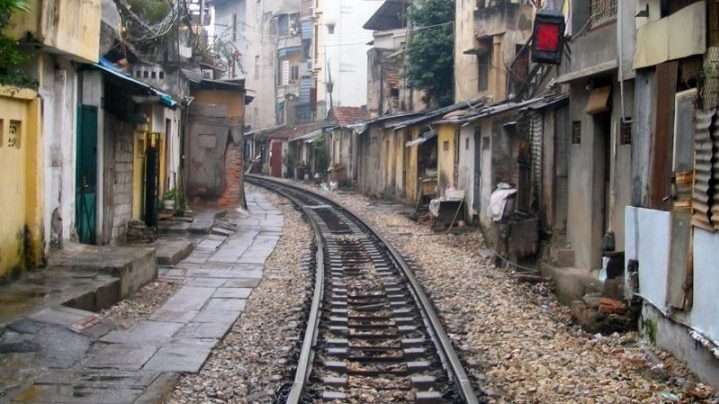 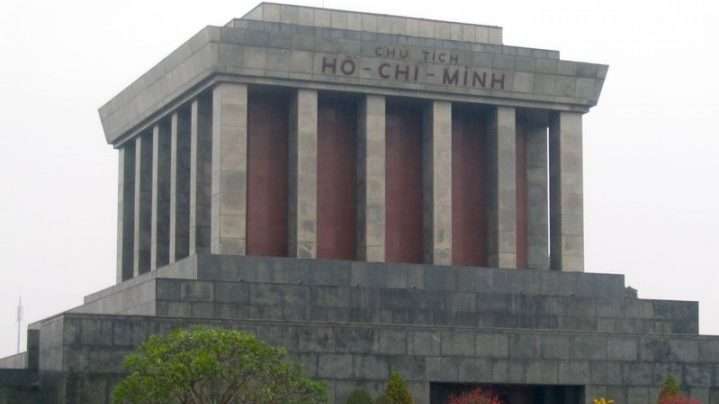 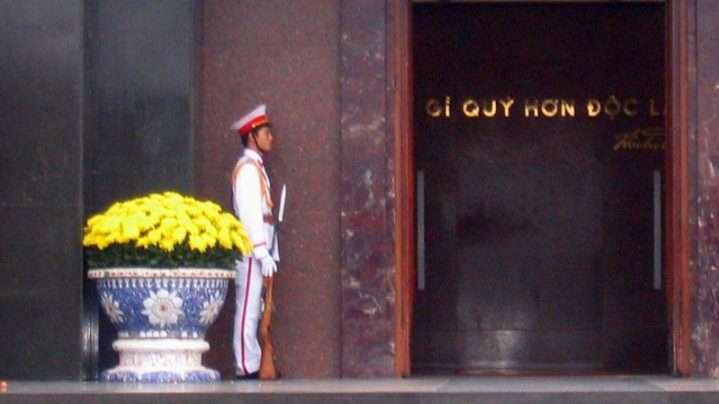 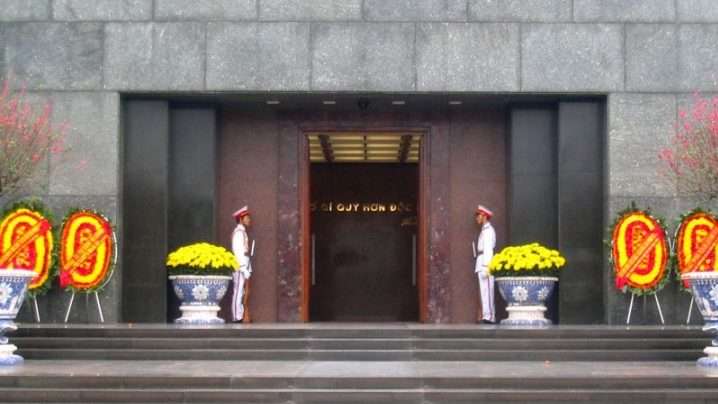 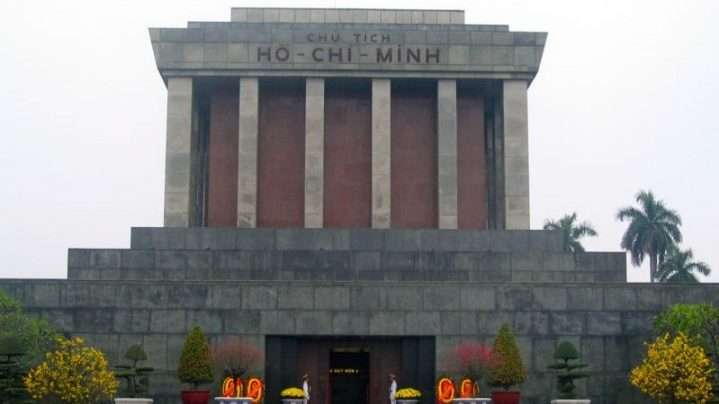 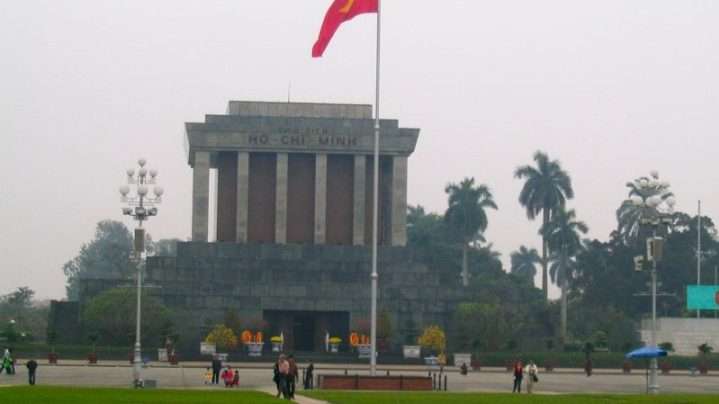 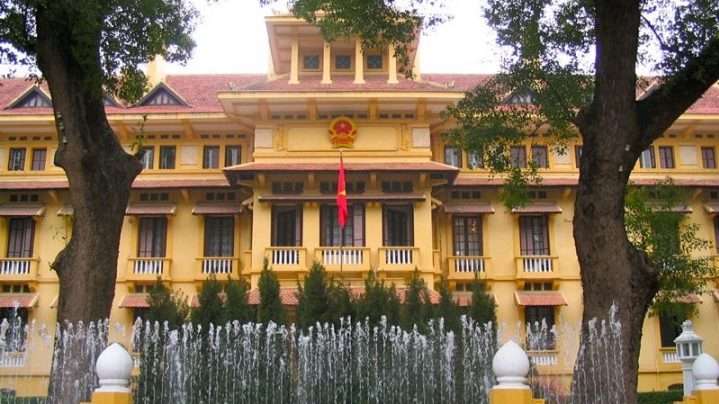 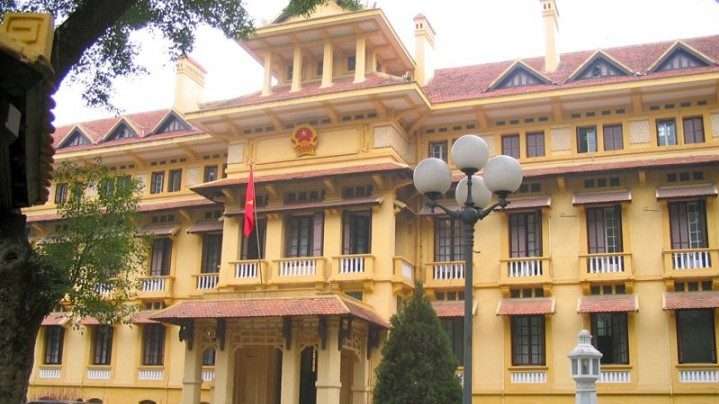 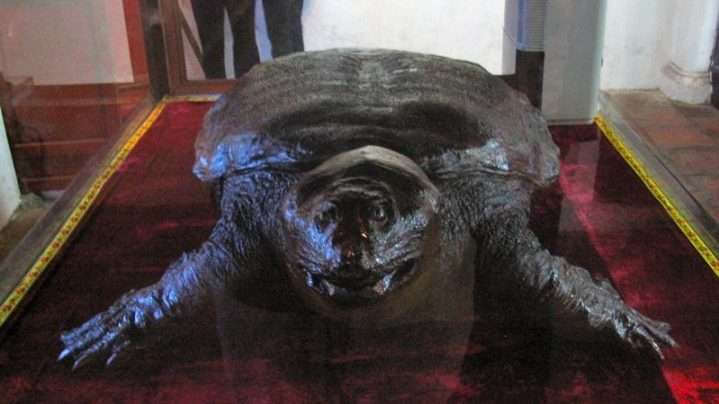 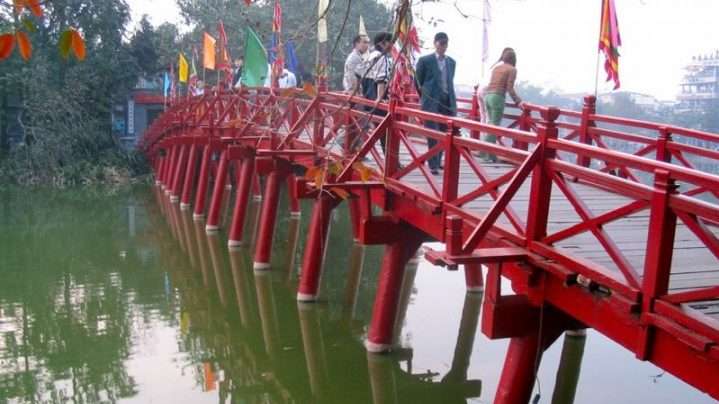 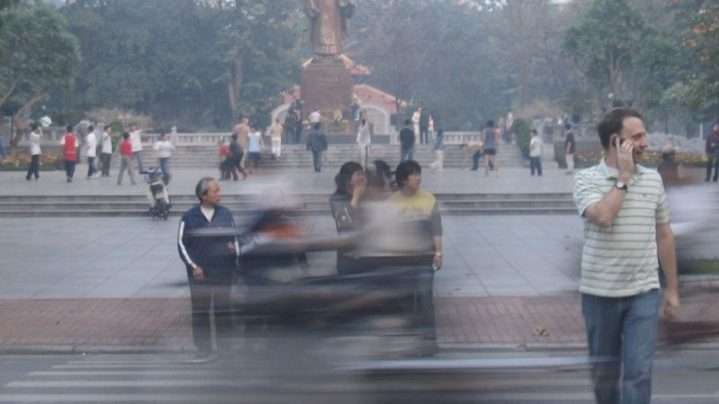 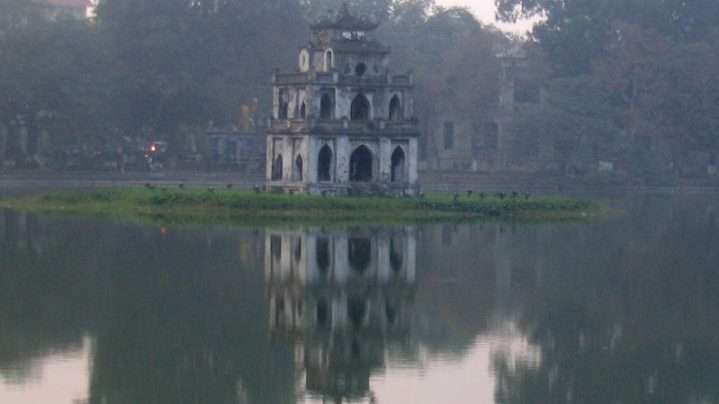 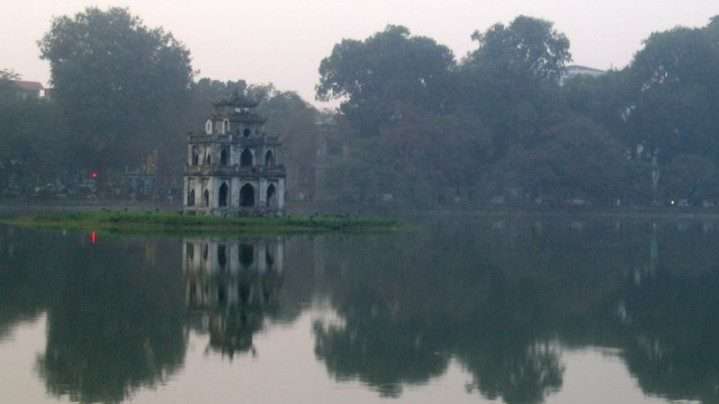 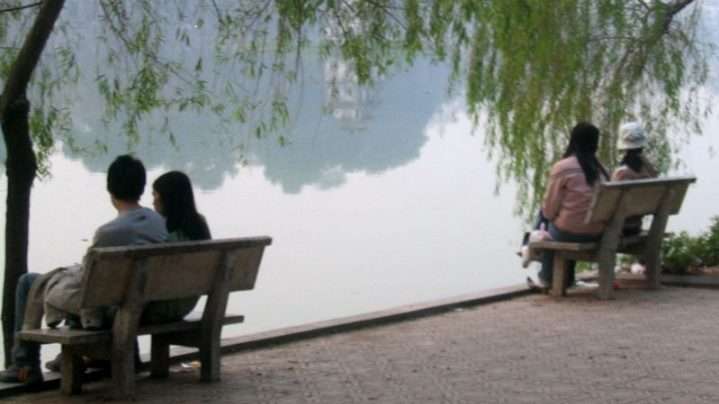 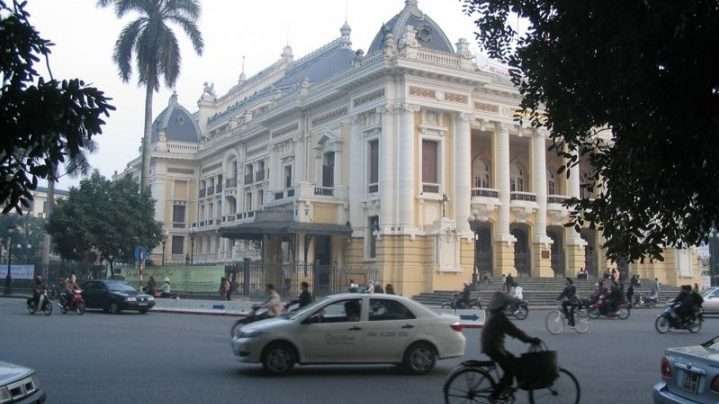 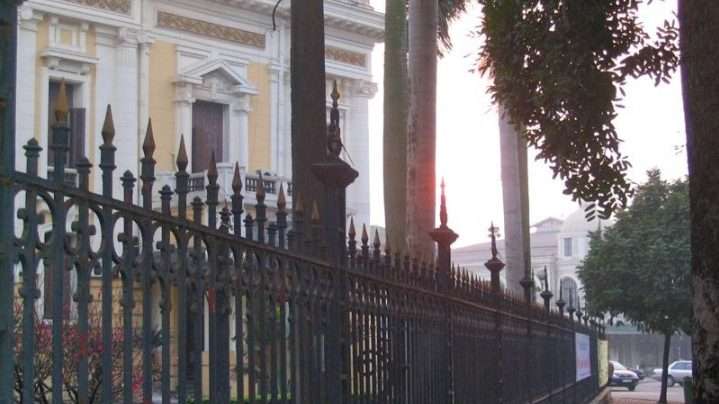 Hanoi, the capital and second-largest city of Vietnam on the riverbank of the Red River, known as the city of lakes, it has a 1000 year history of the establishment of the city.

As the capital of Vietnam for almost a thousand years, Hanoi is considered to be one of the cultural centres of Vietnam, where most of the Vietnamese dynasties had left behind their imprint. The city boasts more than 1,000 years of history.

Hanoi is a blend of East and West, with Chinese influence from centuries of dominance, and French design from its colonial past. It is largely unspoiled by the modern architecture of the 1970s and 80s and is now going through modernization.

With a history of several invasions, occupations, restorations, and name changes. Hanoi has been inhabited since at least 3000 BC. In 1428, the Vietnamese overthrew the Chinese domination. The Nguyen Dynasty gave the city its modern name of Ha Noi in 1831. The French occupied Hanoi in 1873 and it became the capital of French Indochina.

The city was occupied by the Japanese in 1940 and liberated in 1945 when it briefly became the seat of the Viet Minh government after Ho Chi Minh proclaimed the independence of Vietnam. But the French came back and reoccupied the city in 1946. After nine years of fighting between the French and Viet Minh forces, Hanoi became the capital of an independent North Vietnam in 1954. Upon reunification in 1975, it assumed that title for the entire country.

The Old Quarter has colonial and pre-colonial architecture, well-preserved dense narrow streets. Hanoi retains much of its older colonial charm, few buildings in the city centre area are higher than five stories. Near Hoan Kiem lake, The Old Quarter has the original street layout and architecture of old Hanoi. Each street then had merchants and households specialized in a particular trade, such as silk traders, jewellery, shoes etc. The street names nowadays still reflect these specializations, although few of them remain exclusively in their original commerce.

Hanoi has many scenic lakes and sometimes is called “city of lakes”. The most famous is Hoan Kiem Lake in the centre of town, it is the largest lake in Hanoi and there are many temples in the area, an easy walking distance from anywhere in the Old Quarter. Hoan Kiem means “returned sword”, and the name comes from a legend in which King Le Loi was given a magical sword by the gods, which he used to drive out the invading Chinese. Later, while boating on the lake, he encountered a giant turtle, who grabbed the sword and carried it down to its depths, returning it to the gods from whom it had come. Rumour has it the giant turtles still inhabit the lake.

Visit the Ho Chi Minh Mausoleum, where Hanoi has the man himself, entombed in distinctly Lenin-esque fashion. No talking, short pants, or other signs of disrespect allowed while viewing; photos are allowed only from outside, in the grand Ba Dinh Square. Cameras are not allowed in and must be checked in. The mausoleum is closed for a couple of months around the end of the year when the body is taken abroad for maintenance.

Hanoi has rich food traditions and many of Vietnam‘s most famous dishes, Perhaps most widely known is Pho, a simple rice noodle soup containing beef or chicken, often eaten as a breakfast dish in the home or at street-side cafes, but also served in restaurants as a meal.

The community of Le Mat (aka the Snake Village), about ten minutes across the river from downtown, has numerous restaurants specializing in cobra foodstuffs. Live cobras are stored on the premises much the same way one would find live lobsters at a Western seafood restaurant. If one orders cobra blood wine from the menu, the waiter will take a live cobra, kill it on the spot, drain the blood into a shot glass of rice wine, and top it off with the cobra’s still-beating heart for you to gulp down!

A local delicacy in the Hanoi area is dog meat, which is especially popular in the winter. There are a number of restaurants along the Red River that specialize in it.

Motor scooters dominate the roads in the Old Quarter and the city. Crossing the street is chaotic. When leaving the curb, look both ways, and take each step slowly and patiently while trying to make eye contact with any oncoming drivers. The keyword here is slowly – don’t rush. This way the drivers are aware of you, and can take you into account, but be patient and pay attention when you’re crossing any street, large or small, and you should be fine.

Hanoi is served by Noi Bai International Airport approximately 40 km (25 mi) north of Hanoi, additionally, another international airport, to become the largest and the most modern airport in Asia, expected to be completed in 2015.

Typical climate of Hanoi, summers are hot and humid (May to September receive the majority of rainfall), and winters are relatively cool and dry (November to March are relatively dry).

Hanoi is a vibrant city but very tiring to enjoy, dodging traffic at all times, safety the number one factor. However, walking around the Old Quarter in the narrow streets meant seeing some real unusual markets and shops. With so much to see and enjoy I felt burnt out at the end of most days. If your planning to visit Ha Long Bay then Hanoi is a great place to book your trip, shop around and compare prices.