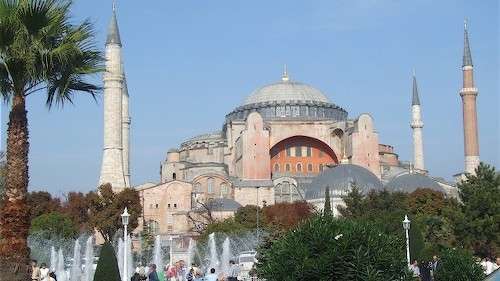 Turkey‘s most populous city and cultural and financial centre. Istanbul is located on both sides of the Bosphorus, the narrow strait between the Black Sea and the Marmara Sea, Istanbul bridges Asia and Europe both literally and figuratively.

Founded by Constantine the Great in 324 CE on the site of ancient Byzantium, Istanbul was the capital, successively, of the Eastern Roman Empire, the Byzantine Empire and the Ottoman Empire- this almost unrivalled heritage makes Istanbul a fantastic destination for many travellers.

A skyline studded with domes and minarets, it hums as Turkey‘s cultural heart and good-time capital. The draw to Istanbul must be the difference in culture, sitting on the edge of Europe and Asia, it mixes and blends perfectly between the two.

Some of the most popular items to bring back include spices and rugs and kilims, traditional rugs made by hand from tribes throughout Turkey. For an excellent choice and great value visit Tulip Tribal Art Gallery (Alemdar Cad. No: 2/B) next to AyaSofya, tell them Joe Journeys sent you for a special treat.

With 4 days in Istanbul I didn’t get the chance to visit Topkapi Palace, even though it was just metres from the hotel, though my itinerary did not include this on this visit, I’m sure I’ll return one day to complete my tour of Istanbul in full.