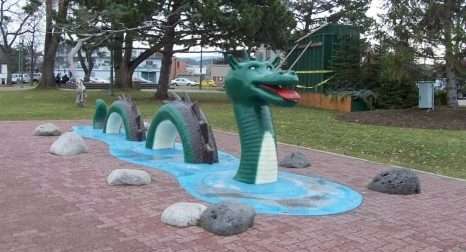 Kelowna is a city on Okanagan Lake in the Okanagan Valley of British Columbia, Canada. Its name derives from a native term for “grizzly bear”.

Kelowna is the largest inland city in British Columbia, located in the heart of BC’s wine country. Okanagan Lake is the main draw in the summer, in winter thousands of tourists come from all parts of the world to ski, in the fall they come to experience and taste the Okanagan’s world-class wines from various wineries throughout the valley.

Father Charles M. Pandosy, a French Roman Catholic Oblate missionary, arriving in 1859 was the first European to settle at Kelowna, a place named “L’anse au sable” (Bay of Sand) in reference to the sandy shoreline. Kelowna was officially incorporated in 1905.

The Downtown City Park offers a great environment in the summer to sun tan play and enjoys yourself or with your family playgrounds as well as the water and skateboard park offer for a great time in the sun. The best-kept secrets of Kelowna are Bertram Park at the end of Lakeshore Road, with beautiful beaches and grassy areas to picnic.

The “Hidden Beach”, often reduced to “Hidden”, or “Skim Beach”, is a beautiful beach located off Lakeshore in the Mission area. To get to it, turn down Truswell Road and take a left on Martin Road. If you walk keeping on the right to the end of Martin, you will come to a river. Turn right down a narrow bank alongside the river and walk along with it for a short distance and you’ll find and absolutely gorgeous beach frequented mainly by the younger crowd. If you bring beer or “other things” BC is famous for, be careful, as this beach is certainly not a secret to the police.

You may come across the lake’s resident the Ogopogo, the name given to a lake monster reported to live in Okanagan Lake. Proponents of the Ogopogo’s existence claim that the first documented sightings of the monster date back to around 1872, and occurred as the area was being colonized by European settlers.

Perhaps the earliest mention of the Ogopogo was the story of a man in 1860 leading horses that were swimming across the lake near Rattlesnake Island. They were pulled under by some unseen and unknown force later attributed to the then common native myth of the Ogopogo. In 1926 a sighting is claimed to have occurred at an Okanagan Mission Beach, this event was supposedly witnessed by about thirty cars of people who all claimed to have seen the same thing. The first alleged film of the creature is The Folden Film, filmed in 1968 by Art Folden, which shows a dark object propelling itself through shallow water near the shore, shot from on a hill above the shore. Swim safely.