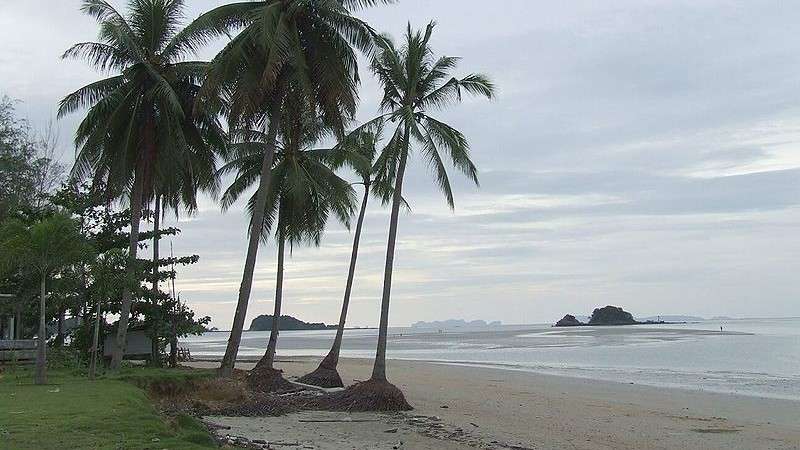 A district in the Krabi Province, Koh Lanta is an island off the west coast of Thailand known for its diving and long white beaches.

Tourism on Ko Lanta has developed only recently, in the early 1990s only the most adventurous travellers visited the island, now it is turning into one of the major destinations, but development is still nothing compared to Phuket or Ko Samui.

Consisting of several islands, Ko Lanta Noi (the smaller) and Ko Lanta Yai (known simply as Koh Lanta), the main island is 6km wide and over 30km long, and has 9 attractive white sandy beaches with more than 70 small islands, coral reefs, mangroves and a series of mountains covered with trees and rainforest.

Popular with tourists seeking a holiday away from the parties and more for walking on the beach and watching the sunset. A paved road runs parallel along the beaches from the northern part of the island almost all the way to the southern tip, strung with a line of resorts and bungalows, although the farther down the island the less this is true, even when the island is at it fullest, it will be a quiet place for to relax and beaches are never full, the sea stays at a warm 29?C all year round.

A melting pot of Buddhists, Thai-Chinese, Muslims and even sea gipsies, the majority of the population in the rural areas is Muslim, however, does not suffer from any religious tension and the folk live in peace and harmony. The unique lifestyle of the Chao-Le (sea-gipsy) has been almost completely unaffected by the booming tourism on the island. Sea gipsies have occupied the area for hundreds of years settling along the coast in stilt-built houses erected between the water level of high and low tide. They are unique in that they mix very little with the general population, speak their language and have their very own supernatural and traditional beliefs and rituals.

Lanta Old Town is a small village, original Thai fishing families and an ancient Sea Gypsy community, today, the Old Town is the district capital, it has a post office, police station, Buddhist temple, Chinese temple and the island’s hospital as well as a long pier, many good restaurants and interesting shopping. It’s also a jumping point to other Islands.

Hire long-tail boats to nearby islands, or hire a motorbike to venture along the coast, but the roads are not perfect with potholes making for a bumpy ride. In my experience, I watched as my travel partner rode the motorbike out of control and almost into a nearby street-side restaurant before coming to complete stop. My preference is to hire a motorbike taxi driver who is familiar with the roads, they can be found throughout the island.

Much of the cuisine has its origins in Malay, Indonesian and Indian food and is renown for its spiciness. Eateries line the beaches, restaurants with the ‘catch of the day’ displayed on ice outside; juicy crabs and langoustines; shellfish, including giant oysters; as well as squid and lobsters, beach-front locations serving delicious and inexpensive Thai and seafood dishes.

We chose to stay on Koh Lanta for Christmas (2003), where resorts made efforts to entertain with shows and dinners (which were mandatory), and even an attempt at a Christmas tree with lights. We stayed at the Lanta Palace with a beachfront location and nearby a long stretch of white sand beach.

Kho Lanta was a nice place to visit but already one can see the growing development to come to the island, though when I visited it still remained remote with dirt roads most places, for escaping the tourist traps found elsewhere it was ideal.