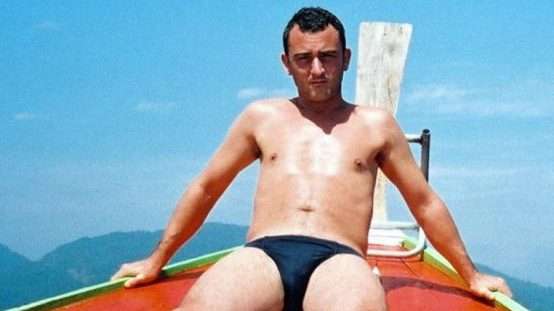 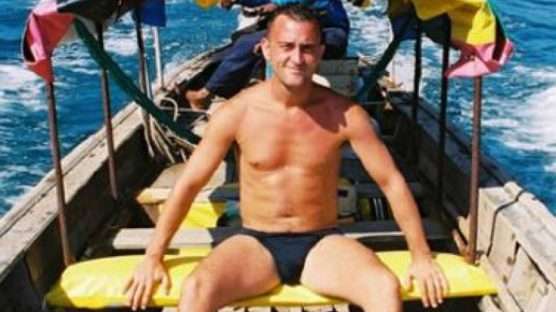 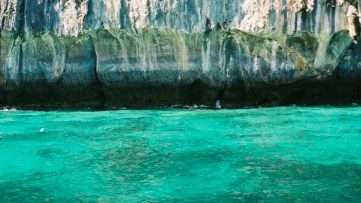 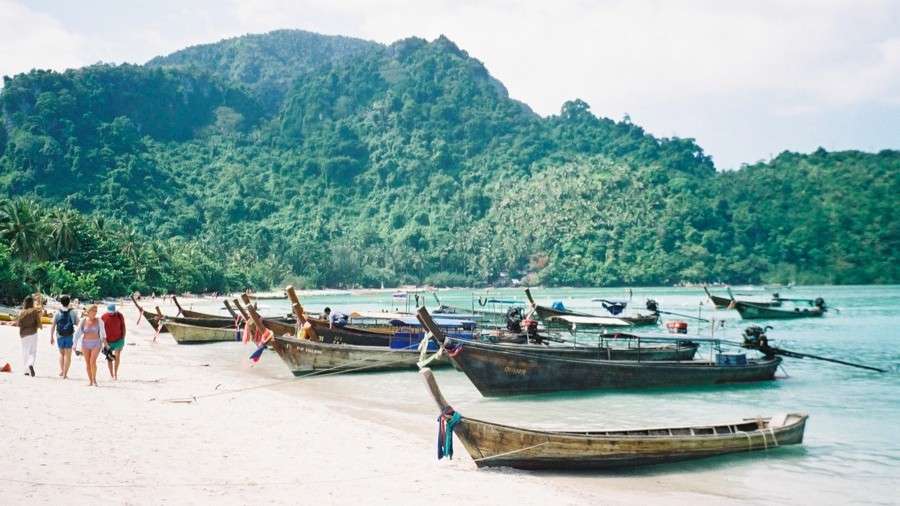 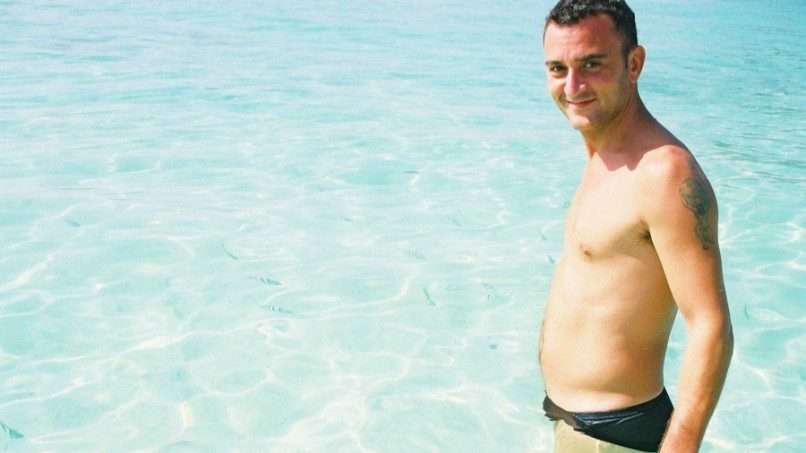 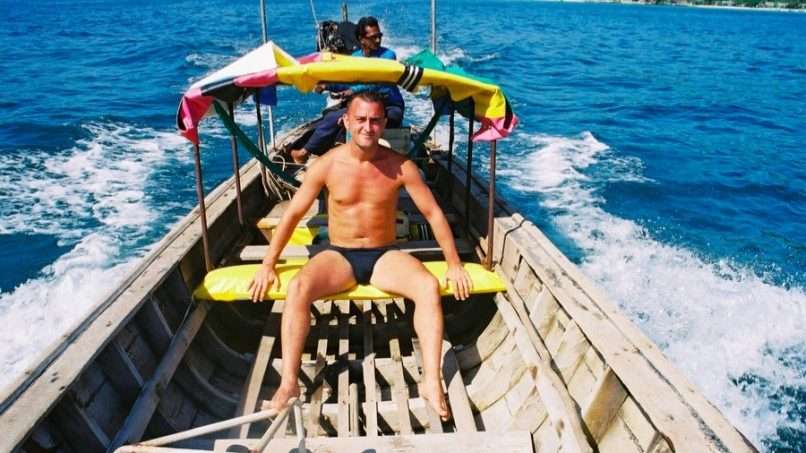 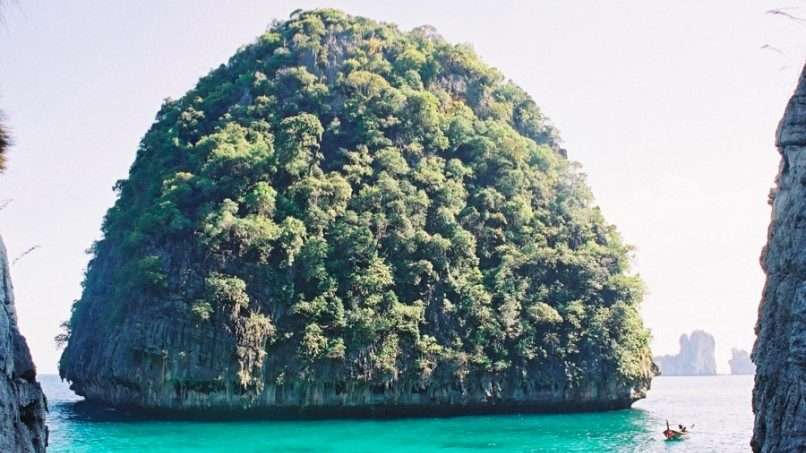 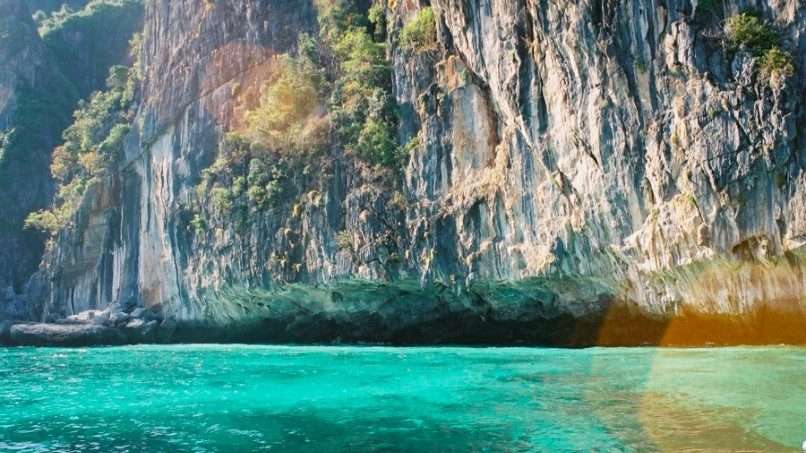 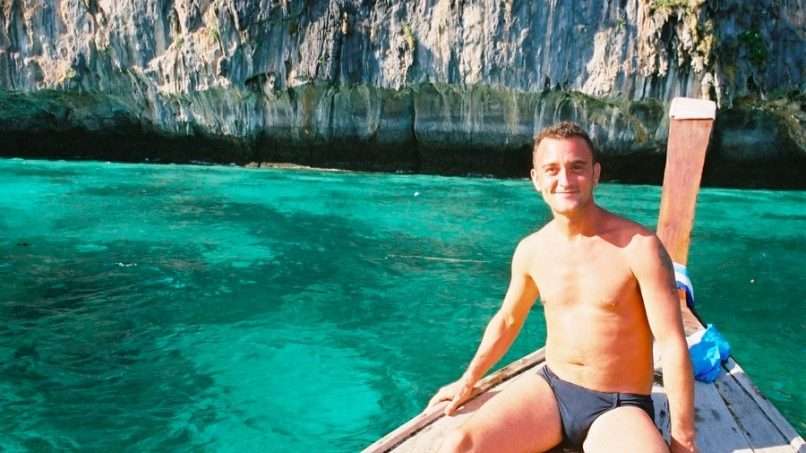 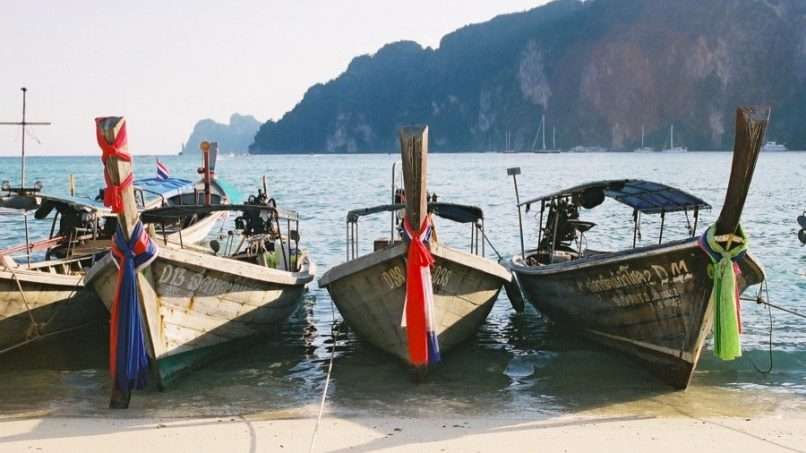 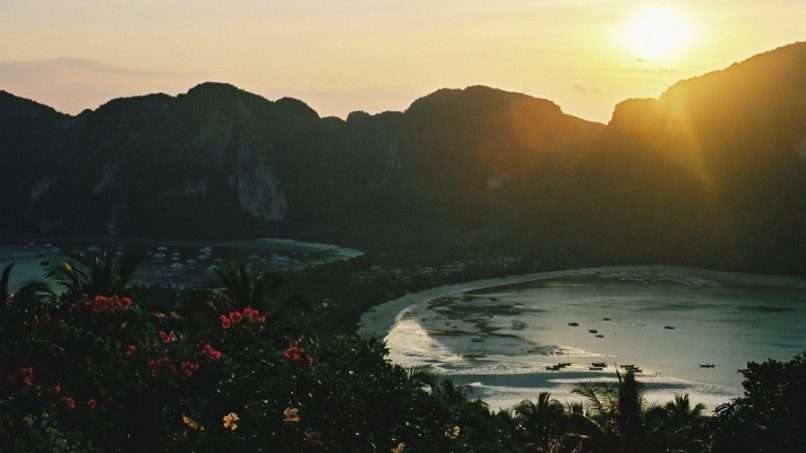 Stunning and very beautiful place to visit, one of those places everybody should go at least once in their lifetime.

A small archipelago located between the large island of Phuket and the western Andaman Sea coast of the mainland of Thailand in the Krabi Province. Considered to be one of the most naturally beautiful islands in the world, there are limestone mountains with cliffs, caves and long white sandy beaches.

The name Phi Phi (pronounced ´pee pee´) originates from Malay, referring to the mangrove wood found there. Initially a Muslim fishing village in the 1940s, the islands were incorporated into the Hadnopparattara-Koh Phi Phi National Park in 1983 and have had their natural beauty protected by National Park status, and has since gone through rapid growth to meet the demands of the increasing number of visitors.

Ko Phi Phi Don, 8 km in length and 3.5 km wide, is the largest island of the group of six, where the original inhabitants settled and now the main area, is situated in or around Tonsai village, which is on the low, sandy strip that joins the two hills that comprise the rest of the island. It has a good vibe with plenty of restaurants, hotels, guesthouses, and nightlife to drink and dance under the night sky, and lots of quiet places to chill out and take it easy.

A must for any visitor on Koh Phi Phi Don is a walk up to the Viewpoint, 186 metres above sea level, a steep walk of between 10-25 minutes, to get a breathtaking view of the entire island and the narrow sand strip between the two main parts of the island. Monkey Beach, on the opposite side of the island, is accessible on foot or by a charter of a longtail boat, but the monkeys can sometimes be aggressive, the beach itself offers some pristine clear warm waters.

There is no motorised transport except for a few motorcycles with truck sidecars, getting around is by foot or bicycle, nowhere is more than about ten minutes’ walk from anywhere else, you can walk to any beach. To visit nearby islands and beaches Long-tail taxi-boats can be found between all beaches but be sure to negotiate before you get in. There are frequent ferry boats to Ko Phi Phi from Phuket, Ko Lanta and Krabi Town.

Take a longtail boat and visit the smaller island to the south of Ko Phi Phi Leh, popularised when it was used as a location for the 2000 British-American film The Beach, which has attributed to an increase in tourism to the islands, Maya Bay is arguably Phi Phi’s most fantastic beach. Koh Phi Phi Leh remains uninhabited apart from bird nest harvesters and a few Maya Bay wardens, authorities in charge do not allow visitors to stay overnight.

Ko Phi Phi was devastated by the Indian Ocean tsunami of December 2004, when nearly all of the island’s infrastructure, approximately 70% of the buildings, were destroyed. In the immediate aftermath of the disaster, the island was evacuated and the Thai government declared the island temporarily closed. The majority of buildings that were deemed fit for repair by government surveyors had been repaired. As of 6 December 2005, nearly 1,500 hotel rooms were open, and a tsunami early warning alarm system had been installed by the Thai government, with the help of volunteers.