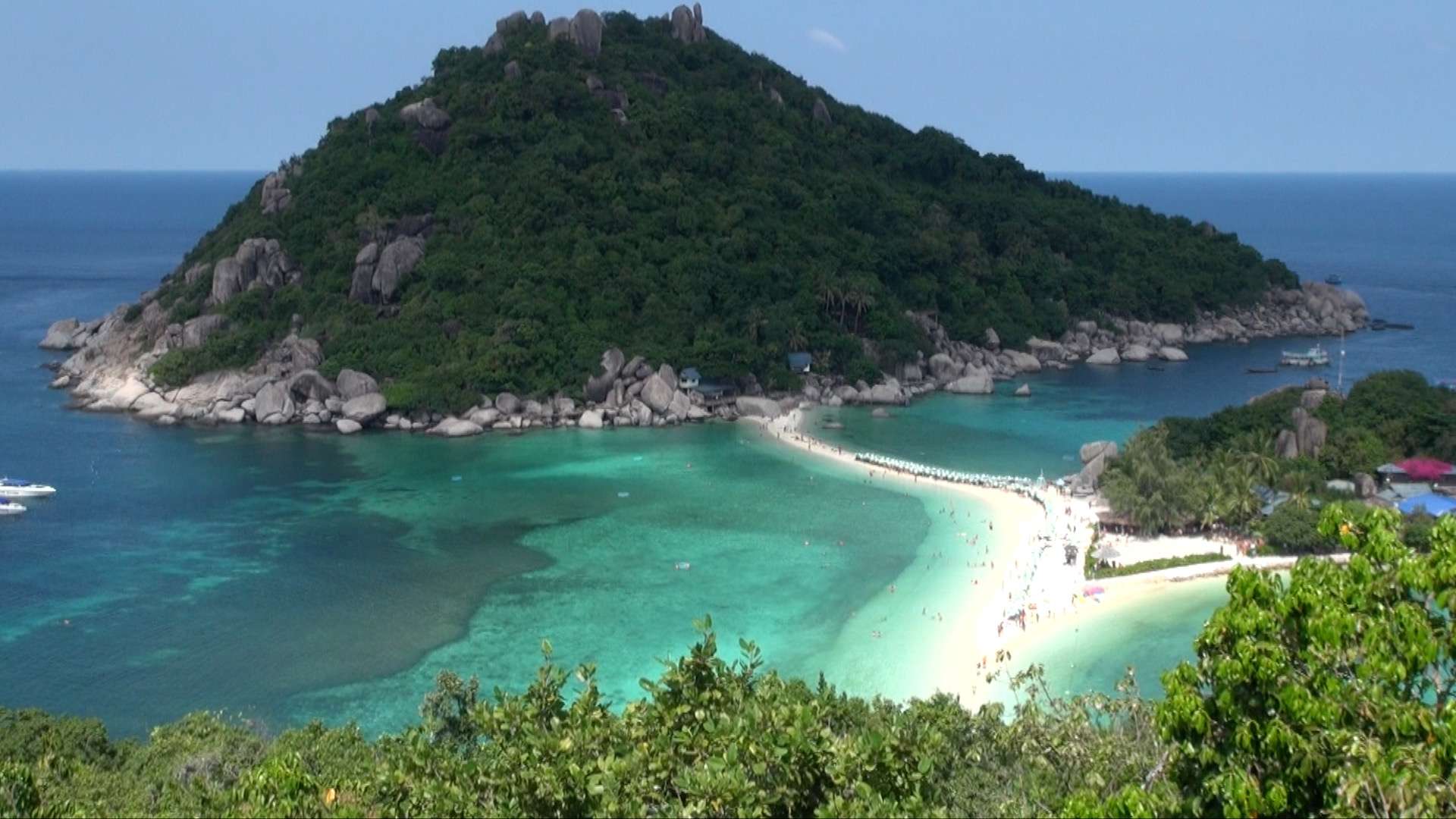 Koh Tao (Ko Tao), literally Turtle Island, is an island off the Central Gulf Coast of Southern Thailand geared towards diving tourists more than backpackers on a budget and offers both basic through luxury accommodation.

Historically Koh Tao was once a detention place for political prisoners similar to Koh Tarutao in Satun Province. In 1933 the island started to be used as a political prison and in 1947 Khuang Abhaiwongse, prime minister at that time, pleaded and received a royal pardon for all prisoners on the island. Everybody was taken to the shore of Surat Thani and Koh Tao was abandoned.

In the same year, Khun Uaem and his brother Khun Oh reached Ko Tao from the neighbouring Ko Pha Ngan by trying out their traditional sailboat. Even though the island was still under royal patronage, it did not stop these pioneers claiming themselves a good part of the land on today’s Sairee Beach. Having brought their families over, they began to cultivate the excellent soil, forming the first generation of the present-day community. They lived a simple and tough life harvesting coconuts, fishing, and growing vegetables, which were also traded with Ko Pha Ngan.

In the 1980s overseas travellers began to visit Koh Tao and quickly became a popular destination. As a consequence, bigger, faster and safer boats were used to allow easier access.

The island is well known for scuba diving and snorkelling, as well as hiking, rock climbing, and bouldering. The most popular place for tourists is Sairee on the west coast, which has a white sandy beach of 1.7 km interrupted only by a few huge boulders and a scattering of medium budget resorts and restaurants. Chalok Baan Khao, to the south of the island, is becoming increasingly popular as an alternative for those wishing to escape the crowds.

Koh Tao is less developed than Koh Samui and Koh Pha Ngan but has become increasingly popular especially with the mid-20s backpacker crowd in search of relatively inexpensive scuba diving certification. Tourism and development on the island have grown steadily for the last several decades, with public infrastructure often lagging far behind. Shortages of electricity and freshwater are common, and both solid and liquid waste management is inadequate. For these reasons, visitors to Koh Tao are strongly encouraged to conserve resources and choose environmentally responsible businesses and Resorts.

The roads in Ko Tao will set you for some of the most dangerous driving to be found in Thailand. A labyrinth maze of concrete and eroded dirt roads, deformed by intense rainfall with deep cuts that has carved the road in slices.