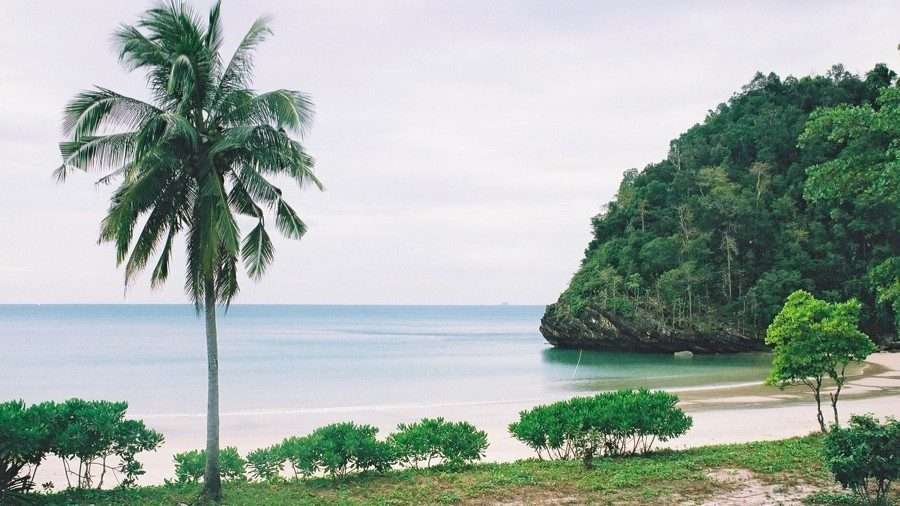 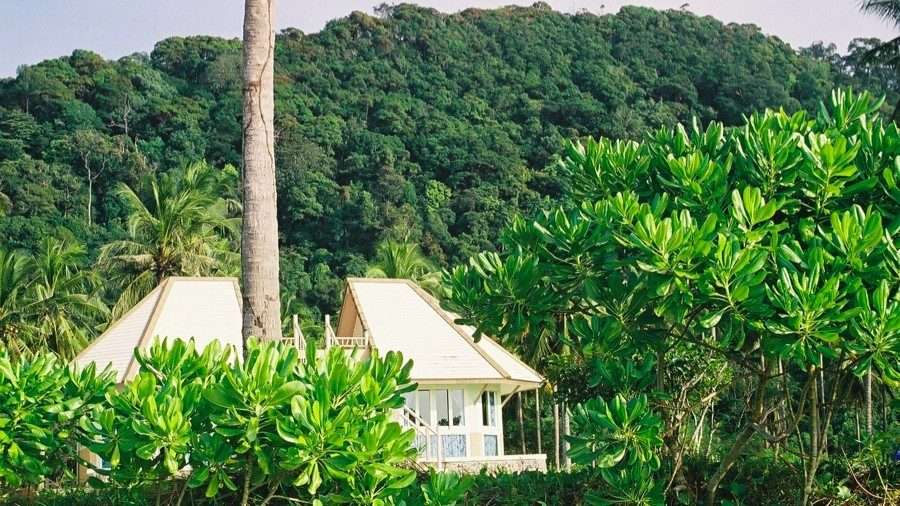 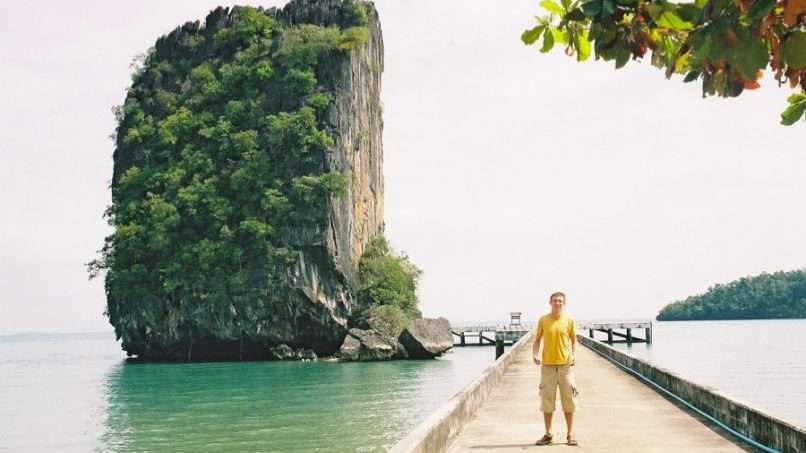 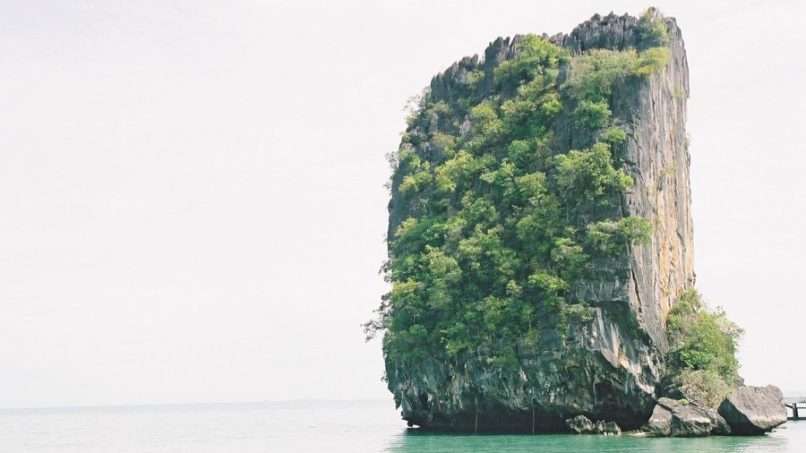 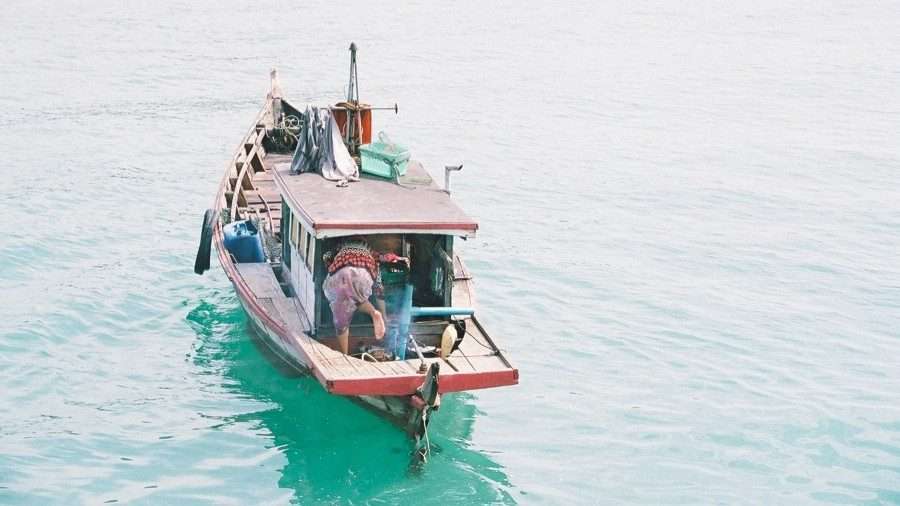 The island has waterfalls, streams, beaches, and caves, Koh Tarutao is a mountainous landscape and has numerous canals, secluded bays and unspoiled beaches.

Ko Tarutao is part of Tarutao National Marine Park, which consists of 51 islands located in the Andaman Sea, off the coast of Satun Province of southern Thailand, established in 1974, Tarutao became Thailand‘s second marine national park.

Mostly mountainous with a few broad plains and valleys, semi-evergreen rain-forest blankets about 60 per cent of the island, and pure mangrove swamps are found in several areas, long sandy beaches lie along the western coast from Pante Bay to Makham Bay, and at Talo Udang Bay in the south.

Used in the late 1930s as a penal colony for Thai political prisoners, during World War II, when support from the mainland was cut off, the guards and prisoners banded together as pirates and raided ships sailing through the waters near the island — the indented coasts, estuaries, creeks, rivers and narrow channels affording concealment for the pirates. After the pirates of Tarutao were eradicated by British forces at the end of the war, fishermen and farmers took up residence on the island.

The National Park runs and manages the islands and provide a number of facilities for guests including a choice between bungalows (basic with toilets and cold showers) dotted around the island, and camping tents (right behind the beach ) for rent. Open-air restaurants that provides meals, cold soft drinks, canned beer and bottled water are usually within each site. There is a one-time National Park entry fee for foreigners and for Thai citizens, visitors are encouraged to come to the park from November through April. In the rainy season, the national park is closed from May to November every year for visitors safety.

We chose to stay in the secluded open bay in the central west coast of the island, a bungalow with rooftop terrace, a few tents present nearby, mostly it was the clear waters of the powdery white sand beach which seemed to belong exclusively to us. Forest and hills looped behind us. A small restaurant (outdoor platform) would open for main meals of the day.

It was the nearest I had been to find a place called ‘paradise’, uncluttered by tourists except for the few of us who ventured here. No traffic or noise except for the sounds from the forests and sea. Hikes along streams eventually ended in clear pools and mini-falls to cool off from the humidity and heat.

Dusky langurs, crab-eating macaques, mouse deer and wild pig are common on the islands, and due to prolonged isolation by sea, over 13 subspecies occur on the islands. Other wildlife in the park is slow loris, otters, civets, flying lemurs, fishing cats, soft-shelled turtles, monitor lizards, pythons, cobras, coral snakes and vipers. Crocodiles may inhabit the saltwater swamps of Tarutao, but no sightings have been reported for several years. Majestic white-bellied sea eagles and ospreys have been seen soaring over the park in their search for fish.

It is estimated that the park contains about 25% of the world’s fish species. Some of the more important include members of families such as shark, ray, grouper, eel, carp, catfish, salmon, flying perch, angelfish and butterflyfish. Among marine mammals which can be spotted in the park are dugong, the common dolphin, the Irrawaddy dolphin, sperm whale and mink whale. This is also a breeding ground for sea turtles on several of the island’s beaches from September to April, tragically, the present number of turtle nests may be less than a tenth of those found in 1974.

A personal experience with an odd flying insect, like a large beetle/cockroach with a loud buzzing sound, by day I could spot them on the ground appearing dead in the heat, even able to knock them about without disturbing them but as the night drew near these strange beasts would awaken like vampires and fly through the air. Harmless to humans, it was the crazy sideways zooming past the ear that rather disturbed my enjoyment of the night. Having dinner outdoors, they would fly above us, with the odd occasion of one smacking into someone by accident. I would often cover myself from head to toe when in bed, getting one of these trapped in the bungalow was not an easy thing to let out. We thought we killed the bugger but the next day at just the right time of day, it awoke to terrorise me (exclusively) again.

I really enjoyed myself on Tarutao (except for these ghastly bugs). It was like camping on a tropical island with hiking, beaches and even caves to visits among the mangroves of the island. It felt like the island belonged to me, rural and almost prehistoric. Koh Tarutao really was the way to get away from it all.