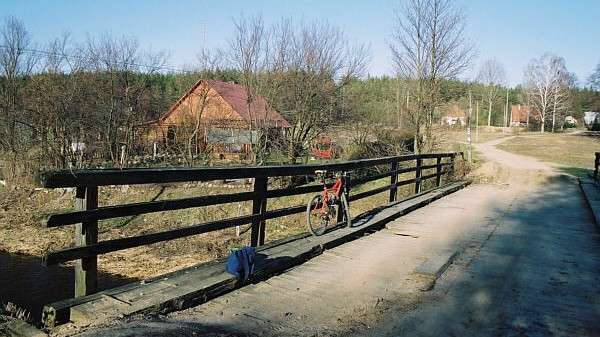 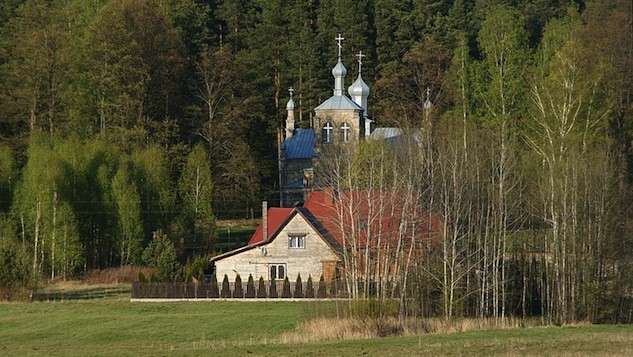 The village is a small summer resort with several villas, Królowy Most is a charming location and convenient connections, in the right condition, this is a great place for a holiday cottage.

The name comes from the town bridge, a village founded in 1674, close to the border with Belarus, approximately 21 km (13 mi) east of the regional capital Bialystok.

There is an 1840 Roman Catholic Chapel dedicated to St. Anna, as well as an Orthodox parish church of St. Nicholas of the period in Byzantine Greek style, with the apse with three towers on the peaks. Nearby also hold old cemeteries and graves of the fallen soldiers of the Polish army, hidden within its forests.

The Królowy bridge, a small wooden bridge where the Ploski River runs through, is linked to the legends of King Sigismund Augustus, during a trip to Woókowyska, he stopped here and build the bridge overnight. It is also said that half the great army of Napoleon marched through here in 1812 over the legendary bridge.

At the old course, which once led from east to west through the forests and woods, the cottage with a rare charcoal burner, marked by a clearing of trees in the forest, settled by people and undergrowth, hunting and living. That was in the valley Suprasl and Ploski. It grew slowly, enriching the people and cattle and horses, treaty traders and warriors passing here, where horses had to swot up the gear.

The settlement, referred to here, was little known to the Kingdom of the Two Nations. Until one day, passed through the territory of Lithuania and his entourage, a wealthy merchant, a good and pious man. People have called him as “doing good” means. This name stuck to him ever since a proposal in this village one spring season, when the division of the rivers turned the Ploski and Suprasl in the great broads.

Mr. Boniface penny did not stint, a blacksmith’s workshop set in the village. Kowalowie, which travelled with him, had one of the inhabitants of the settlement to the profession. Disciple John was his name because he was born in St. John’s Night. John fared well in life because the more wealthy merchants travelled on horses through here, a blacksmith, John was clever and knew the wonders of iron!

Once it happened that the king Sigismund Augustus of Lithuania to his Knyszyna, stopped in this place of origin. The old saying that the monarch while hunting in the forest in the forest accidentally wandered and found Knyszynska here. Sigismund Augustus, king of the Polish and Lithuanian rejoiced greatly when the road ran across the blacksmith John, who heard of his skill. In the words spoken to the blacksmith “Ukuj, Master John, four horseshoes for my horse. How are all equal and flawlessly executed, I will pay generously with gold.”

Rejoiced at the king’s order, spat in a handful and began to work willingly. Not an hour, and Master John displayed four beautiful horseshoes to the king. The king took the hands of each horseshoe, pulling one to the other and wondered as he could not master the work and skill of the blacksmith. Finally, he cried very gladly “Dobrze? work is done, champ John! And here is your reward.”

Here royal courtier hung on one side of the scale four horseshoes, and other scale pieces gold ducats. The king only smiled, seeing that the scales are equalized. The blacksmith John bellowed “I work for a master’s Royal reward.”

“It’s all yours, champ!”, cried the King, and smiled broadly, “I am not worthy, gracious Lord, so generously rewarded!”, bowing low, greatly moved by a blacksmith. “And you have a son?” unexpectedly asked the monarch.

“I want to see him” asked the King.

John, the blacksmith, went to his only child. And for a moment brought before the king a fair-haired young man with blue eyes, high as the door. Bowed low to the emperor, the young man was embarrassed.

The king looked at him closely and asked, “How do you Zowie, son! “

“Tako? like my father, John!” said the young man loyally.

The king thought a moment. Smith looked in the face of the monarch and saw tears in his eyes. Still as a moment in silence, and finally the emperor asked “You give me, John, your only child? Squire, he will.”

The boy grieved at this proposal, he did not want to oppose the king, but his father was feeling stronger. After a short fight with them replied with dignity “He will not go anywhere. His place is here with his father”. Master John wiped his tears with the back of his hand, waiting anxiously for word the monarch. He was afraid that the anger of the king might fall on him. But nothing has happened.

“I knew that you shall do so, a good man” said the king moved, and in a moment he added, “I want your son to a to bestow great honour, but remember that my court is open for you!” Here the emperor secretly wiped a single tear, which flowed from his eyes and a muffled voice said firmly, “Refusal of the royal request shows how much you love your son. And know that love for me to say too much”, he added probably thinking about Barbara Radziwill.

Ending the conversation turned the monarch and wanting to mount his horse when a royal courtier whispered something into his ear. The king smiled broadly and said to the young, “Come here, son, I wanted you to ask something else. I heard that across the river lives a beautiful girl you wanted to ask for the hand, but rarely see her because of her wanting to meet you to go swimming in the river, but you cannot?”

The young man flushed at the same ears, and said with disarming frankness, “This is true, Your Majesty! As the meeting of the hardships my beloved, that no obstacle is not terrible to me!”

The king was glad to comment and said loudly that everyone could hear “From now on you will not have to swim the river to go to meet his beloved. Bridge on the River is it ordered!”

The young man fell to the feet of the king and with tears in his eyes began to thank him. Courtiers raised and brought the boy to his father. Monarch mounted his horse and rode off with his entourage. After a short time, carpenters came and within a few days, a bridge was built.

Note: the original tale is told in Polish (Legend of Królowy Bridge (in Polish) ) and I have done my best to translate the story if you find any errors in my translation I would be glad to hear about it and correct it.