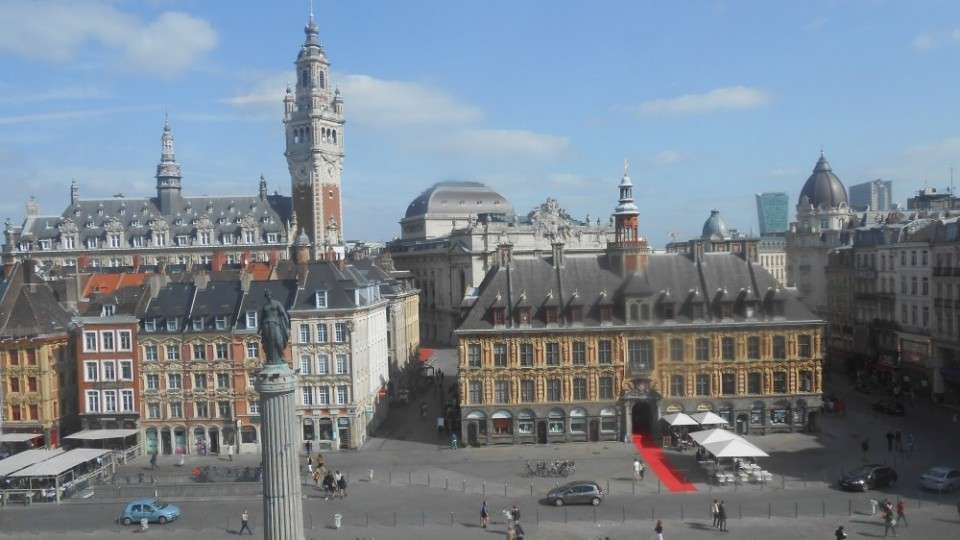 Lille is the largest city in French Flanders, situated on the Deûle River, near France‘s border with Belgium.

The name Lille comes from insula or Isla, i.e., “the island” since the area was at one time marshy. This name was used for the castle of the Counts of Flanders, built on dry land in the middle of the marsh.

Lille features an array of architectural styles with various amounts of Flemish influence, including the use of brown and red brick. In addition, many residential neighbourhoods, especially in Greater Lille, consist of attached 2-3 story houses aligned in a row, with narrow gardens in the back.

These architectural attributes, many uncommon in France, help make Lille a transition in France to neighbouring Belgium, as well as nearby Netherlands and England, where the presence of brick, as well as row houses or the Terraced house, is much more prominent.