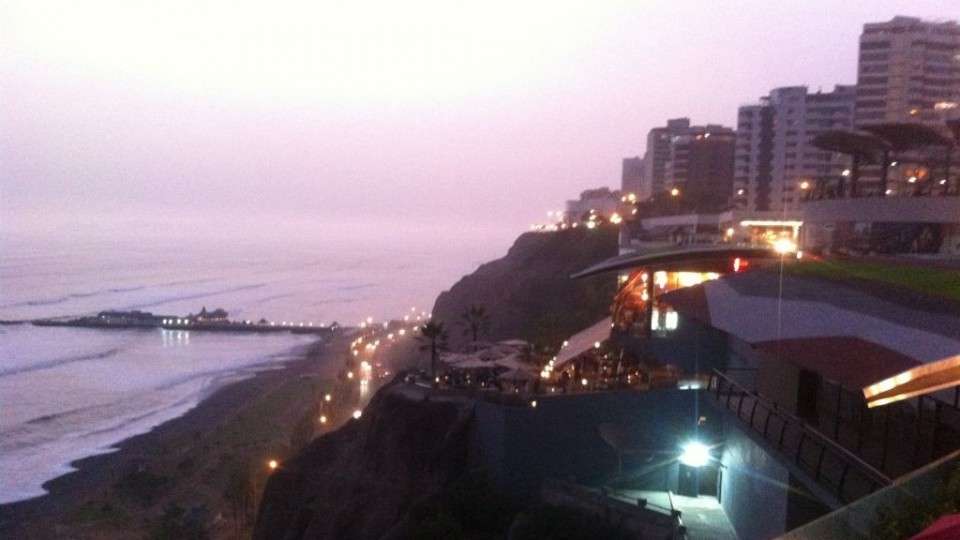 Lima is the capital of Peru and its largest city. Founded in 1535, the city is a mix of the modern megacity with some ‘islands of modernity’, large but orderly slum areas and colonial architecture in the city centre. Lima was the seat of the Spanish rule during 300 years, and as such it has wonderful churches, cloisters and monasteries.

Lima is also the best place to try the wonderful Peruvian cuisine, which has a huge variety of ingredients from coast, mountain and Amazon regions. The cold sea current in front of Peru‘s large coast makes the sea very rich in fish and seafood, which have a great taste due to the special plankton they eat.

Many people have migrated from the Andes mountains to find work in Lima, without success. For this reason, there is widespread poverty in the city centre and in the peripheral areas.

If you fly into Lima, the first thing you see upon leaving the airport is these types of poor neighbourhoods between the airport and Lima‘s historic centre.

Despite everything I read about safety in Lima, staying in the safe districts such as Miraflores and San Isildro are best choices for those wanting to have a bit of fun in such a vast city of Lima.

Be warned though that in the winter months (May-September) the city is often shrouded in a grey mist or cloud, but it is warm enough to still enjoy and feels nothing like winter. Personally, it was the food that really impressed me, and for that alone, I would return enjoy another plate of fresh ceviche.

A WALK IN Palermo BUENOS AIRES