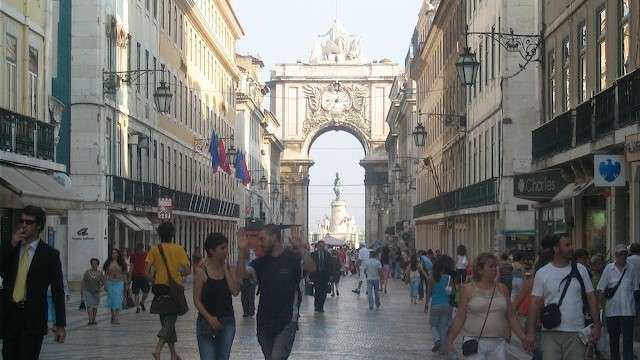 Lisbon is a European city that doesn’t get the attention like others, perhaps this is a good thing as things remain relatively unspoiled and unexploited.

The capital and largest city of Portugal, and the political centre, perched on the edge of the Atlantic Ocean, with white-bleached limestone buildings, intimate alleyways built on seven hills, an easy-going charm that makes it a popular year-round destination.

Rich in architecture can be found all over the city, crossed by great boulevards and monuments along main thoroughfares, such as Avenida da Liberdade (Liberty Avenue). Famous museums are the Museu Nacional de Arte Antiga (National Museum of Ancient Art), the Museu do Azulejo (Museum of Portuguese-style Tile Mosaics), the Lisbon Oceanarium (Oceanario de Lisboa), the Museu Nacional dos Coches (National Coach Museum, containing the largest collection of royal coaches in the world).

The heart of the city is the Baixa (Downtown) or city centre, constructed after the 1755 Lisbon earthquake is one of the first examples of earthquake-resistant construction. Architectural models were tested by having troops march around them to simulate an earthquake. Praça do Comercio (Commerce Square) and Rossio Square the oldest and historically most important squares in Lisbon. Santa Justa, an elevator (lift) in Gothic revival style, built around 1900 can also be found there.

Though a city, it still has the charm of a large town with its rolling hills and districts, the small streets with views of the river Tagus, tiled homes and cobbled roads, clothes hanging out to dry, small doorways and buildings that appear to be crumbling and the yellow trams are actually all part of the character of Lisbon.