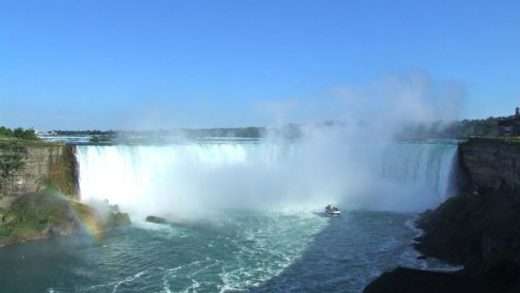 The most powerful waterfall in North America, on the Niagara River between the international borders of Canada and the U.S., composed of two sections: Horseshoe Falls, which lies on the Canadian side of the border, and American Falls on the American side. Formed when glaciers receded at the end of the last ice age, and […]