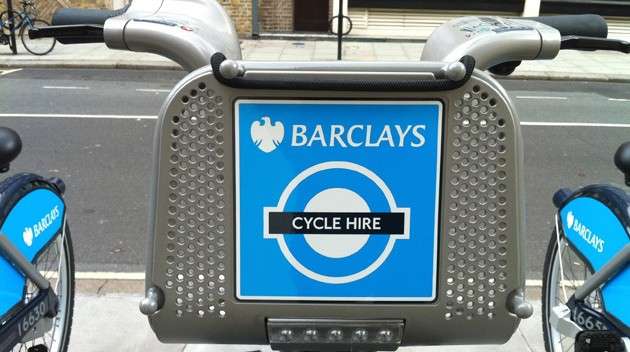 Launched on 30 July 2010, the Barclays Cycle Hire soon became a great success on London roads. Like anything British, there were bumps in the beginning, but now almost a year on, the scheme continues to prove popular.

I enrolled for an annual membership, allowing me to take as many 30 minute journeys for free. Though if you go above the time slot then additional fees apply. There is some distance you can cover in that time, and should you need it longer just dock the bike for 5 minutes, and then begin your journey again without facing extra costs.

This was long overdue in London, other cities were already ahead of the game. Paris, Barcelona, Montreal, Seville all had this up and running a few years, so at least London had a chance to see how it worked elsewhere first.

Though referred to as Boris Bikes, it was not him that actually initiated the program, but he was fortunate to be mayor at the time of the launch, it was a fitting image for the city of London, the mayor was known for using his own bike to get to work long before the program ever existed.

The problem is that though the bike hire has proved very popular, London hasn’t really adapted its roads to make it a friendly place to ride. Excess traffic, cars, trucks, buses hog the roads, and even after a few deaths involving cyclists very little has been done to change this.

The program promotes a healthy alternative to public transport, but when you consider London‘s air quality levels, the worst in Europe, it’s just proof little has been done to combat pollution. It’s a concern for city officials, with London hosting the 2012 Olympics, there is nothing that can be done to fix this in a short timespan. For cyclists, it means inhaling car exhaust and other toxins. These issues are being faced by almost every large urban city.

The bike hire is a good direction and a great option. It’s open to all, resident or visitor. If you can stay along designated bike routes, it is a great way to get around.

Tip: remember this is London, stay on the left.