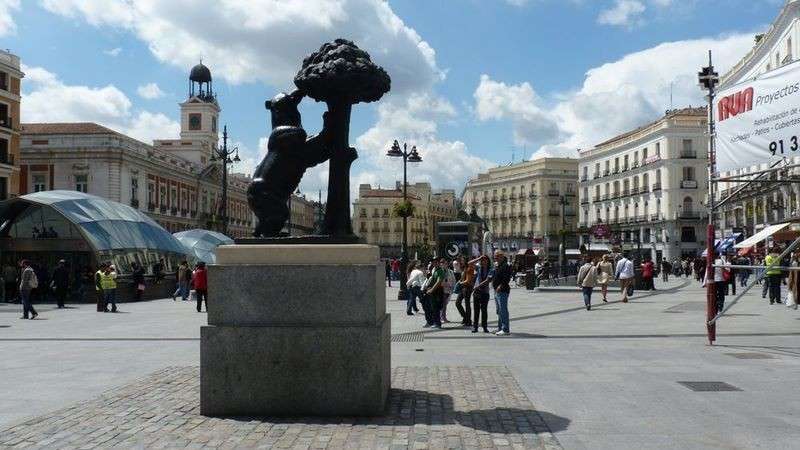 Madrid is the capital and largest city of Spain, best known for its great cultural and artistic heritage, and boasts some of the liveliest nightlife in the world.

It is the pumping heart of Spain where the seat of government, and residence of the Spanish monarch, the political centre of Spain. Due to its economic output, the standard of living, and market size, Madrid is considered the major financial centre of the Iberian Peninsula. While Madrid possesses modern infrastructure, it has preserved the look and feel of many of its historic neighbourhoods and streets.

The origin of the name “Madrid” may originate from the name of the city as Ursaria, “land of bears” in Latin, due to the high number of these animals that were found in the adjacent forests, which, together with the strawberry tree, “madroño” in Spanish, have been the emblem of the city from the Middle Ages.

Madrid pulses like no other Spanish city, its national veins start here. I was pleasantly surprised to find so many pedestrian ways for such a large city, it is a great city to explore by simply walking from site to site. The central point is Puerta del Sol, a square with fountains and landmarks like the symbol of the city, the bear and strawberry tree, along with ‘km 0’, a plague on the pavement in front of the city building facing the square. From here, roads branch out along pedestrian walkways in all directions, its a great starting point.

Notable for its nightlife and nightclubs, but for this you need to train yourself to avoid going out too early, like elsewhere in Spain, dinner starts at 10 or later, and clubs don’t open till at least 3 am. The practice of meeting in parks or streets with friends and drinking alcohol together is also popular before going out. Night destinations include the neighbourhoods of Bilbao, Tribunal, Alonso Martinez or Moncloa, together with Puerta del Sol area (including Opera and Gran Via) and Huertas (barrio de Las Letras). The district of Chueca has also become a hot spot especially for the gay population, popularly known as the gay quarter.

Madrid hosts the largest Plaza de Toros (bullring) in Spain, Las Ventas, established in 1929, considered by many to be the world centre of bullfighting and has a seating capacity of almost 25,000.

The culture of Madrid was dominated by its religious and royal history. Enormous, monolithic cathedrals and churches are plentiful in Madrid, as well as medieval architecture, although nowadays Madrid is just as much a cosmopolitan city as Berlin or London, full of new architecture, lifestyle and culture. Madrid has a very modernized and elaborate transportation network of buses and Metro. Like most large cities, however, there is a substantial population of vagrants and beggars lining the streets.