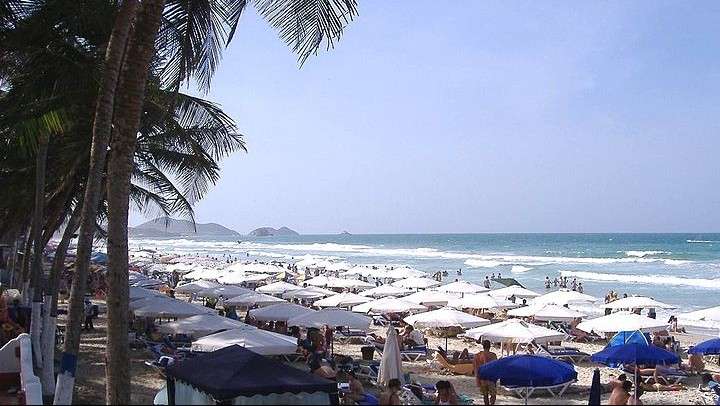 In 1498, Christopher Columbus discovered Margarita Island, situated in the Caribbean Sea, off the northeastern coast of Venezuela. It is 78 km long and its widest side measures roughly 20 km.

Its status as a duty-free port and proximity to the mainland makes it one of the top vacation spots for Venezuelans. The island has numerous beaches, which range from solitary to crowded. Playa El Agua, in the north, is the most popular with 4 km of fine sand.

Porlamar is the largest city on Isla Margarita. It was founded on the southeast coast in 1536, less than 40 years after Christopher Columbus first sailed through. Porlamar was a quiet fishing village until the arrival of air travel.

I spend a week here with my friend Robert, it was an inexpensive break to enjoy the sunshine, I must admit that it didn’t meet up to our expectations but did offer value for money, the duty-free made buying shoes, booze and cigarettes well worth the trip.

Though its been over a decade since I last stepped foot here, I’m sure this place really has boomed, at the time it was still not spoiled by the glam shops usually found in tax-free ports, instead of bartering and negotiating out of the back of peoples pick up trucks.

It wasn’t one of my favourite destinations and most likely will never return as there are other more interesting places in the world to see, though for the value it did offer a cheap holiday (at the time). If you plan to enjoy the long white beaches to the north of Porlamar on a daily schedule then it may not be so bad.