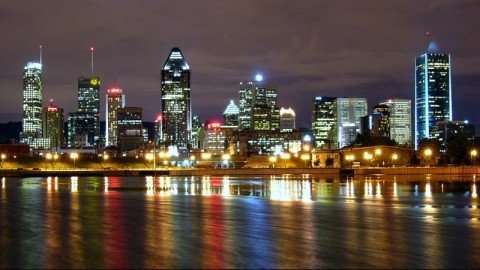 Most come to Montreal because its one of the few places in North America that one can drink at the age of 18, wine and beer is also available from the local shop, frankly its just more chilled with the times.

For me, Montreal is a place we escaped to have a really good time, the nightlife is outstanding and one is usually guaranteed to have a brilliant night, and with so much to choose it simply leaves hopping from bar to bar.

The good old days have long past and my memories of this french city are rather mixed, it can feel like a concrete world but its old parts are really something to admire, with its historic appearance resembling that of many cities and towns in old Europe, something they wish to keep unchanged.

Visiting the many cathedrals are certainly part of the experience, even if your not religious, Notre Dame is worth the look, and on Mont-Royal, the cathedral there mixes between a small chapel of miracles to a modern cathedral of its time and age.

Montreal is the only city in Canada to have hosted the Olympics (1966), something that city have worked to pay for decades. Though there are several sports events that bring tourists annually.

My time in Montreal has been spent with several friends on different occasions, having even driven from Toronto to spend the night here, even on blistering winter nights. But the most memorable experience was back around 1988 when Silvana, Rosanne and I spent the weekend and discovered the most enjoyable place, Passport. Those were the days…