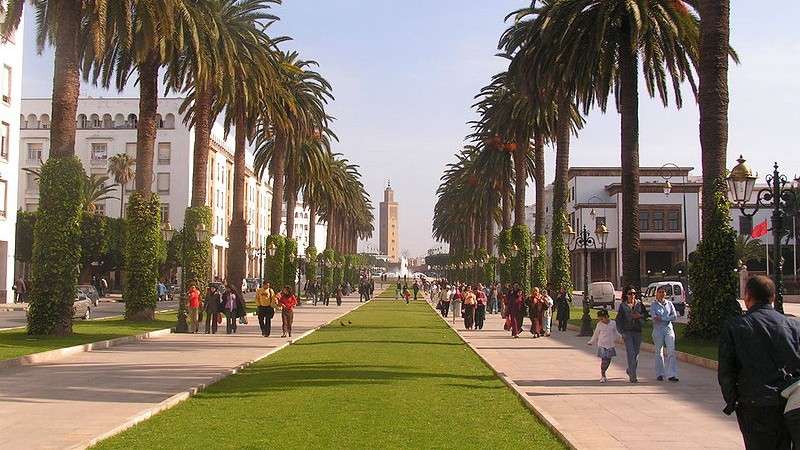 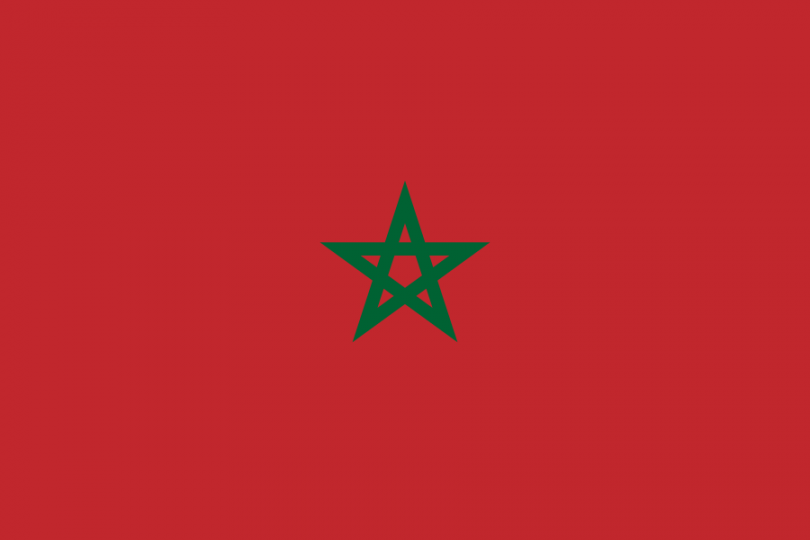 At the western entrance to the Mediterranean Sea and northwest Africa, is a land of contrasts with high rugged mountains to arid Sahara and green Atlantic coasts.

Morocco is a constitutional monarchy with an elected parliament. The constitution grants the king extensive powers, he is both the political leader and the “Commander of the Faithful” as a direct descendant of the Prophet Mohammed. He presides over the Council of Ministers and appoints the Prime Minister following legislative elections, and is formally the chief of the military, among other prerogatives.

Morocco has been inhabited by Berbers for at least the last 5000 years. The Arabs conquered the territory that would become Morocco in the 7th and 11th centuries. Most people live west of the Atlas Mountains, a range that insulates the country from the Sahara Desert. Casablanca is the centre of commerce and industry and the leading port, Rabat is the seat of government, Tangier is the gateway to Morocco from Spain and also a major port, Fes is the cultural and religious centre, and Marrakech is a major tourist centre.

Morocco‘s official language is Modern Standard Arabic, the dialect called Moroccan Arabic. Approximately 30% of the population in rural areas speak Berber, which exists in three different dialects. French, which is Morocco‘s unofficial second language, is taught universally and serves as the primary language of commerce and economics. French, however, will remain the second foreign language because of Morocco’s close economic and social links with other French-speaking countries and especially France.

Morocco was the first nation to recognize the United States as an independent nation in 1787. At the beginning of the American Revolution, American merchant ships were subject to attack by pirates while sailing the Atlantic Ocean. On December 20, 1777, Morocco‘s Sultan declared that the American merchant ships would be under the protection of the sultanate and could thus enjoy safe passage. The Moroccan-American Treaty of Friendship stands as the U.S.’s oldest non-broken friendship treaty.

Morocco was a state of some interest into the European powers, such as France, as early as 1830. Recognition by the United Kingdom in 1904 of France‘s sphere of influence in Morocco provoked a reaction from the German Empire. The Treaty of Fez made Morocco a protectorate of France in 1912. Nationalist political parties, which subsequently arose under the French protectorate, based their arguments for Moroccan independence, the right of all people to choose the form of government under which they live.

France‘s exile of Sultan Mohammed V in 1953 to Madagascar and his replacement by the unpopular Mohammed Ben Aarafa, whose reign was perceived as illegitimate, sparked active opposition to the French and Spanish protectorates. The violence occurred where Moroccans attacked French and other European residents in the streets. France allowed Mohammed V to return in 1955, and the negotiations that led to Moroccan independence began the following year. All those events helped increase the degree of solidarity between the people and the newly returned king. For this reason, the revolution that Morocco knew was called “Taourat al-malik wa shaab”, The revolution of the King and the People is celebrated every August 20.

The long struggle for independence from France ended in 1956. The internationalized city of Tangier was turned over to the new country that same year. Through agreements with Spain in 1956 and 1958, Moroccan control over certain Spanish-ruled areas was restored, though attempts to claim other Spanish colonial possessions through military action were less successful. Morocco annexed Western Sahara, a former Spanish colony, during the late 1970s, and even though the status of the territory remains unresolved and disputed, the government is trying to conceal this on maps in Morocco where Western Sahara is drawn as an integrated part of the country but is not internationally recognised.

The major resources of the Moroccan economy are agriculture, phosphates, and tourism. France remains the primary trade partner and foreign investor in Morocco.

Spices are extensively in Moroccan food. Couscous made from semolina grains and steamed in a colander-like dish is the staple food for most Moroccans, and is probably the best known Moroccan meal. It can be served as an accompaniment to a stew or tagine, a spicy stew of meat and vegetables that has been simmered for many hours in a conical clay pot and presented as a main course. There are many variations of this dish.

As a rule, do not drink tap water at all in Morocco, even in hotels, as it contains much higher levels of minerals than the water in Europe. Travellers will be offered mint tea almost everywhere, more to lure you into a shop than a hospitable gesture. Cafes are traditionally for men, solo woman may feel more comfortable having a drink or snack at a pastry shop or restaurant.

The biggest event on the Moroccan calendar is the month of Ramadan, during which Muslims fast during the daytime and feast at night. Most restaurants are closed for lunch and things generally slow down, restrictions don’t apply to non-Muslims, but it’s respectful to refrain from eating, drinking or smoking in public during the fast. Alcohol consumption is not prohibited for tourists during Ramadan, Moroccans are not allowed to buy or consume alcohol during the holy month.

Popular souvenirs are leather goods, tagines (classic Moroccan cooking dishes made of clay), Moroccan teapots (Birad) and carpets, handmade Berber carpets can be purchased directly from the artisans who weave them. If you go to small villages, you can visit the weavers, watch them work, and they will happily serve you tea and show you their products.

Bargaining in the souks is expected. Never begin bidding for unwanted items or to give the vendor a price you are unwilling or unable to pay, above all, never be afraid to say ‘No’ or La, Arabic for No.

Many people speak English and Spanish in tourist centres, many of these will be touts and faux guides, who may become a burden. Keep your wits about you, put on a smile and greet everybody that greets you, but be firm if you are not interested, a better approach than just ignoring them.

Faux guides will offer to show you around the medinas, help you find accommodation etc, be polite, but make it clear if you’re not interested in their services, and if they get too persistent, head for a taxi, or into the nearest shop. The best way to avoid Faux guides and touts is to avoid eye contact and ignore them. They are incredibly persistent and are masters in harassment, nothing really embarrasses them as they consider this being their way of earning their living. Always insist that prices are fixed beforehand, especially true for taxi fares. In all situations always agree on a price before!

When bargaining, never name a price that you are not willing to pay. Generally, western women should not travel to Morocco alone to avoid problems.

Keep your sandals for the beach. Moroccan streets double as garbage disposal areas and you do not want to wade though fish heads and chicken parts with open-toe shoes. This could be said for many parts of Asia too.

Tourism is a major source of revenue, though the traveller beware, expect to be intimidated and followed for being the outsider. Though in general, it is a safe place, single travellers are more at risk of falling into situations which can be frightening, and in my personal experience, Morocco doesn’t fall as one of those places in the world one can ‘relax’, rather being on guard all of the time seems to be the norm.

However, I have returned here many times as the hospitality and strangeness of the place brings me back. Though not always approving of some methods of entertainment that come to life in Jemma- el Fnaa such as the use of animals to earn money, which is often attached to the owner by string or chain, other forms include dancers and performers. I suggest sitting and watching live tribal songs and sounds of the desert played by local tribes with their instruments and voices singing in the square.