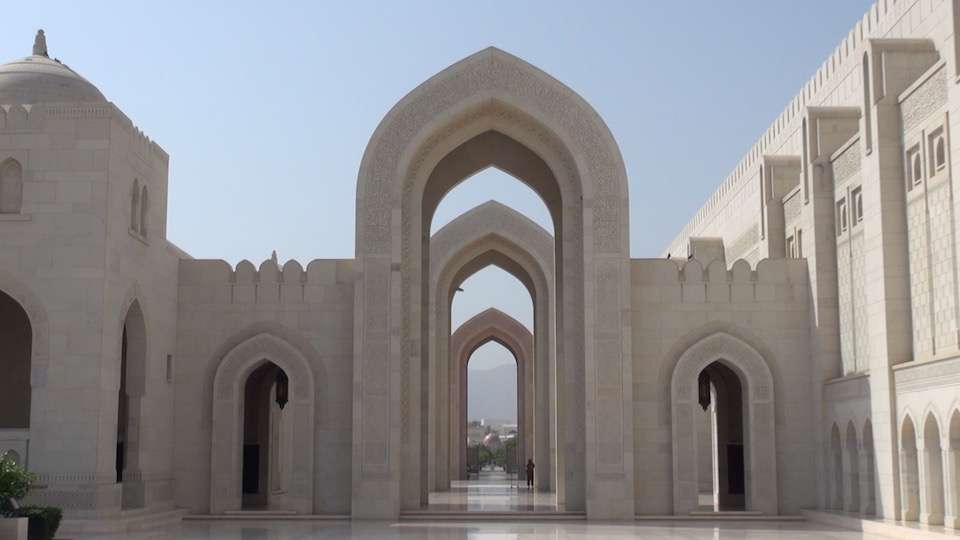 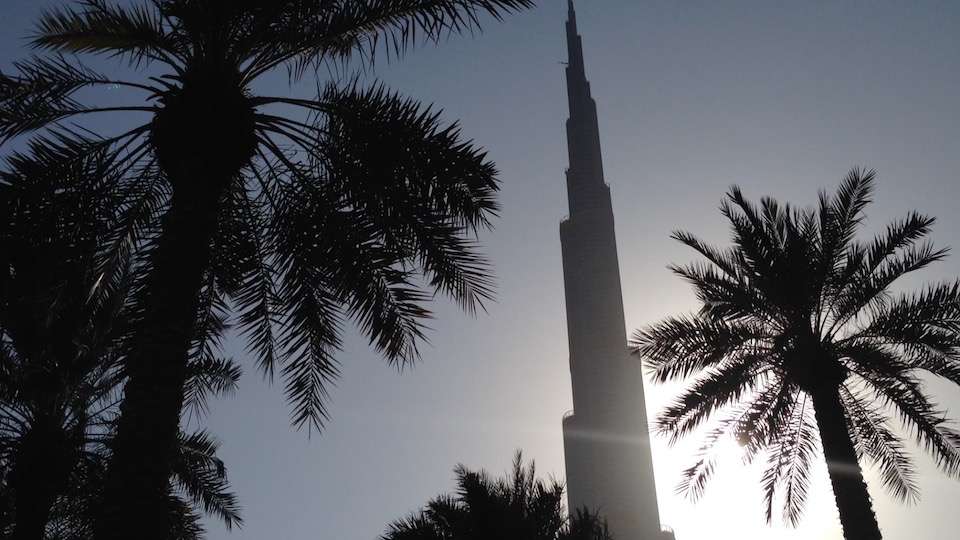 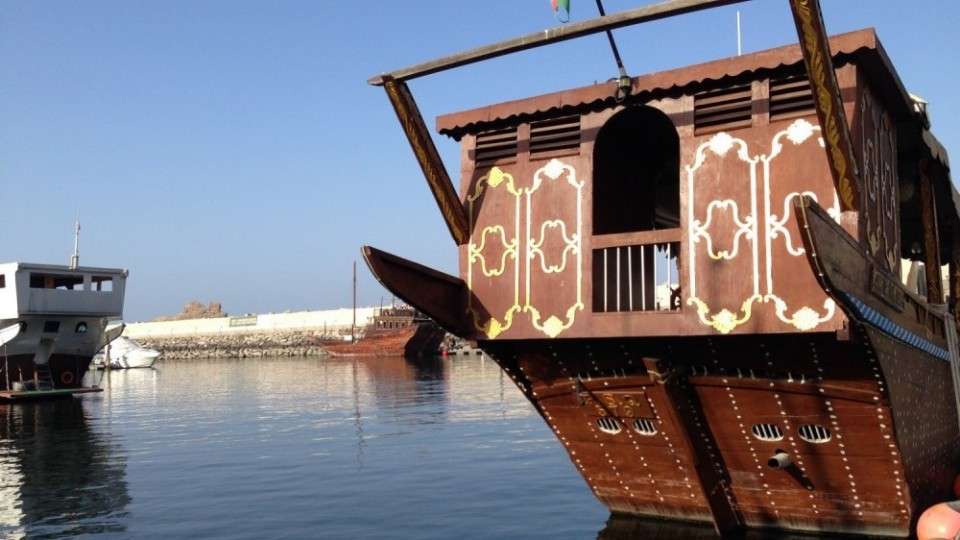 Muscat, the capital of Oman, with the rocky Western Al Hajar Mountains that dominate the landscape of Muscat. The city lies on the Arabian Sea along the Gulf of Oman and is in the proximity of the strategic Straits of Hormuz.

Low-lying white buildings typify most of Muscat‘s urban landscape, while the port-district of Muttrah, with its corniche and harbour, form the north-eastern periphery of the city.

The city referred to as “Muscat” is, in fact, three smaller towns which have grown together over time. They are: Muscat – often referred to as the “walled city”, Muscat proper is the site of the royal palaces. Matrah (Matruh) – originally a fishing village, and home to the maze-like Muttrah Souq, and Ruwi – generally considered the commercial and diplomatic centre of the city.

Muscat was ruled by various indigenous tribes as well as foreign powers such as the Persians, Portuguese Empire and the Ottoman Empire at various points in its history. A regional military power in the 18th century, Muscat‘s influence extended as far as East Africa and Zanzibar. As an important port-town in the Gulf of Oman, Muscat attracted foreign tradesmen and settlers such as the Persians, the Balochis and Gujaratis.

Since the ascension of Qaboos bin Said as Sultan of Oman in 1970, Muscat has experienced rapid infrastructural development that has led to the growth of a vibrant economy and a multi-ethnic society.

Al Jalali Fort and Al Mirani fort The forts were built as prisons in the rocky mountains in 1580 during the Portuguese occupation, and have now been converted into museums.

Qasr Al Alam Royal Palace Guarded by the twin forts of Jalali and Mirani, this is the office of Sultan Qaboos, the ruler of Oman. This beautiful palace stands on the head of a natural deep-water harbour.

Corniche Area The recently renovated Corniche area is a popular place for a walk and also for its many eating places. Climb to the base of Mutrah Fort (at the east end of the Corniche walk) for a spectacular view of the city.

Sultan Qaboos Grand Mosque. This is the third-largest mosque in the world and mostly the entire complex is open to non-Muslim visitors. Non-Muslims may visit from 8 AM to 11 AM every day except Thursday and Friday. Ladies are however expected to keep their heads, ankles and wrists covered while visiting the mosque. Must-sees in the mosque include the Swarovski crystal chandelier, the second largest hand made Persian carpet in the world and the marble panelling.

Riyam Park – with rides and an Arabian watch tower.

The main shopping district is situated in Al Qurum Commercial Area, however shopping malls are spread out throughout the city.

However, a visit here wouldn’t be complete without sailing on a traditional Dhow boat, best enjoyed at sunset to catch the golden light hit the many hills that line the coast.