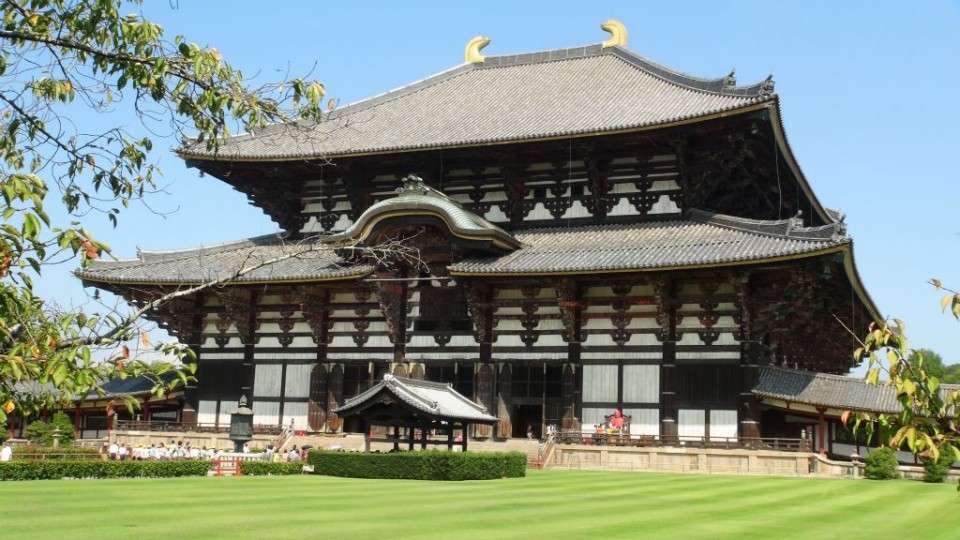 Nara was an ancient capital of Japan between 710-784 AD. Nara has a collection of temples in a giant landscaped park. The city celebrated its 1300th anniversary in 2010.

Less than an hour’s journey by train on the JR Nara line from Kyoto station, located in the central part of Nara City, this vast green area, popularly known as Nara Park, encompasses four world heritage sites of UNESCO.

Around 1200 wild deer roam around freely.

According to legend, when Kasuga Taisha Shrine was founded as a family shrine for Fujuwaras, a dominant aristocrat clan of the 8th century, the god is said to have come to Nara riding a white deer. Since then deer have been respected and protected as divine messengers by local people.

You can buy Shika Senbei (deer crackers) at several places in the park, a favourite food of the deer. It is said the deer are so polite that they bow to you when they ask you for Skika Senbei.