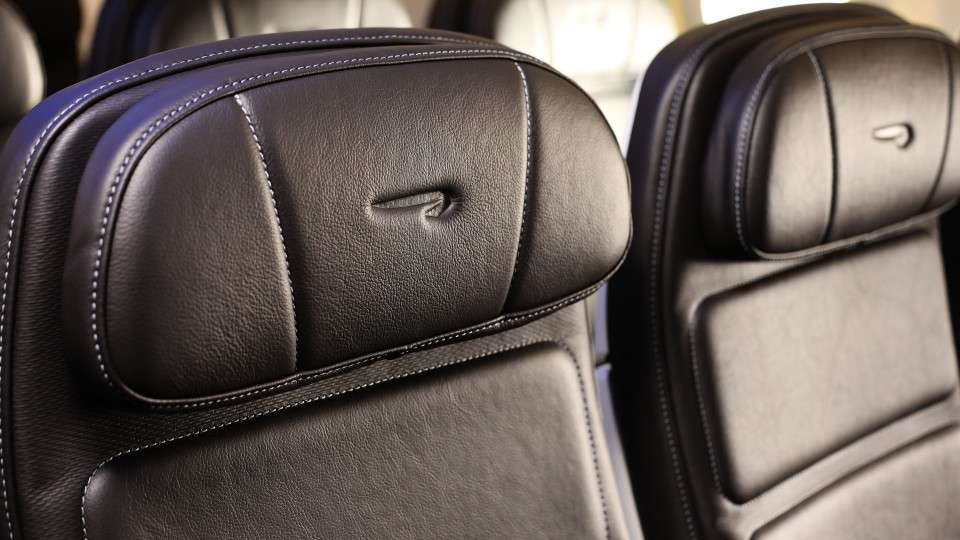 Ok, nice style but reminds me a bit of the 70’s, which I don’t mind anyway, a decade I remember well.

I like the seat magazine holder with separate elastic pocket, no more bulging bags below the tray stuffed with rubbish.

A brown interior with no pattern or design, less is more here, but I prefer this simple look. It is very calming, almost delicious. But I think some may feel it is too dark.

But the flaw I find is one that does not adjust to modern traveler needs. Where is the USB connection to charge or power my mobile or iPad inflight? Nope, not there. Nothing for those who bring with their own entertainment device to power.

It has a channel selector with volume control on the seat handle with a plug for headset, but has no function.

This isn’t new aircraft but rather a refit and interior design, but even then, I don’t think they considered a few very basic needs of a modern traveler with their gadgets.