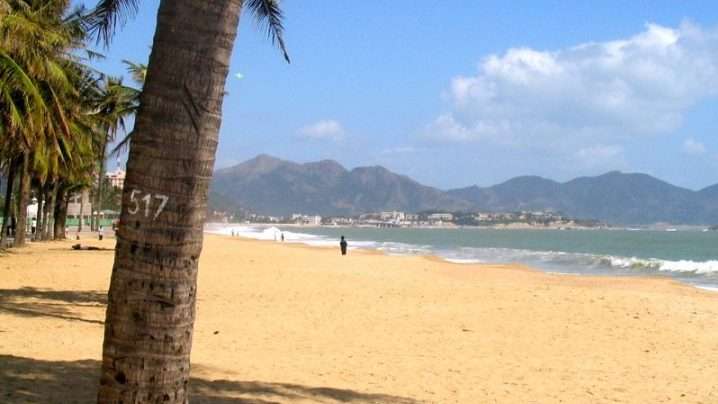 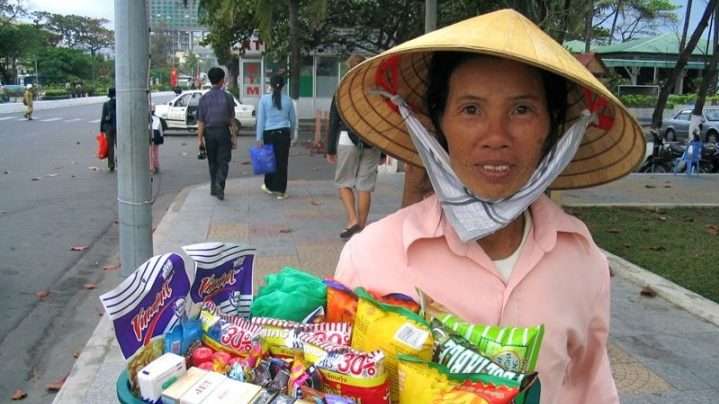 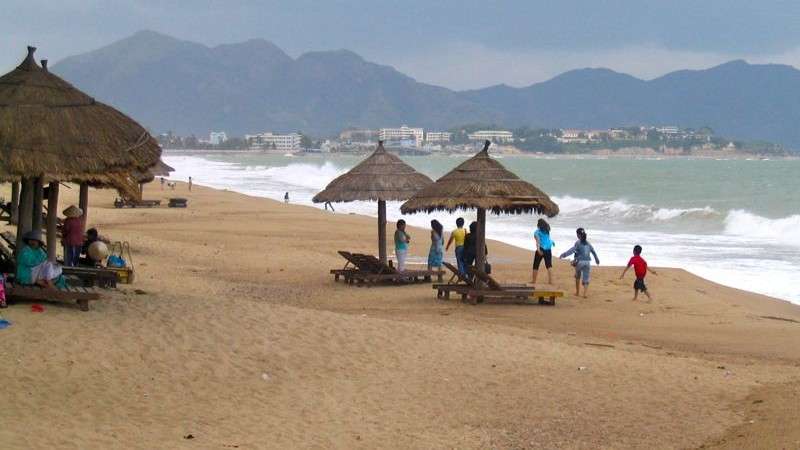 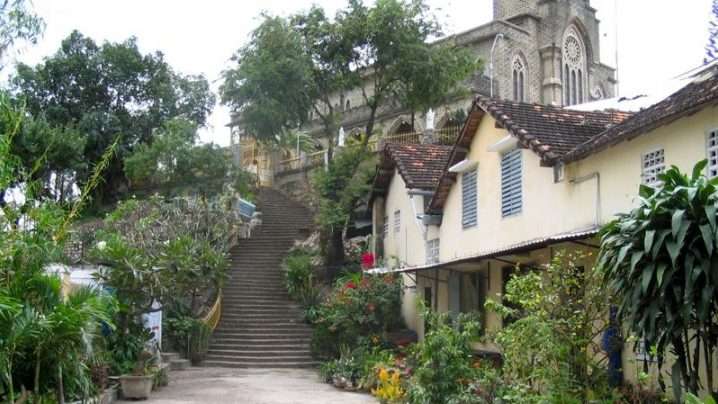 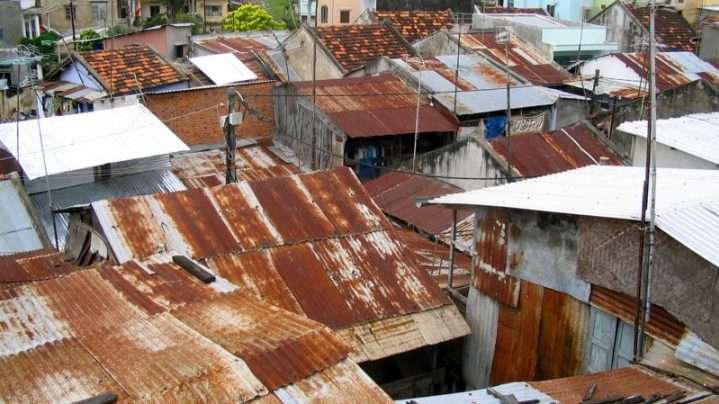 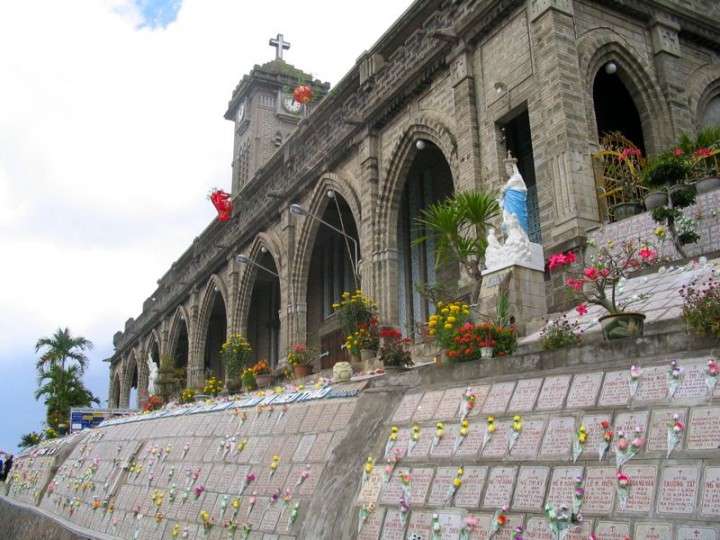 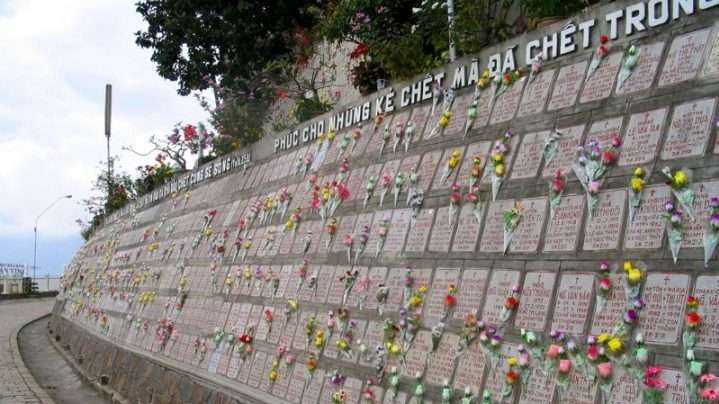 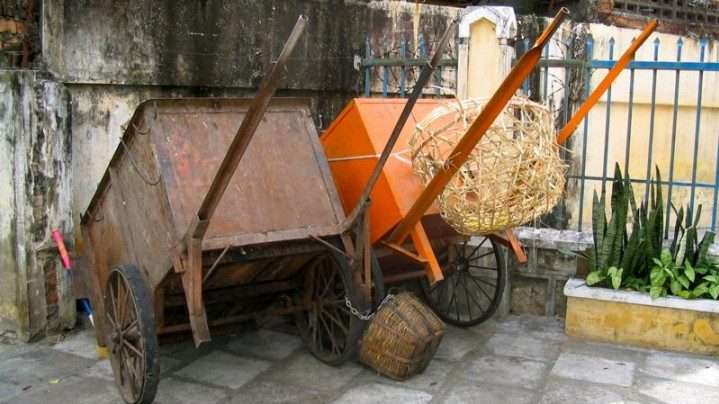 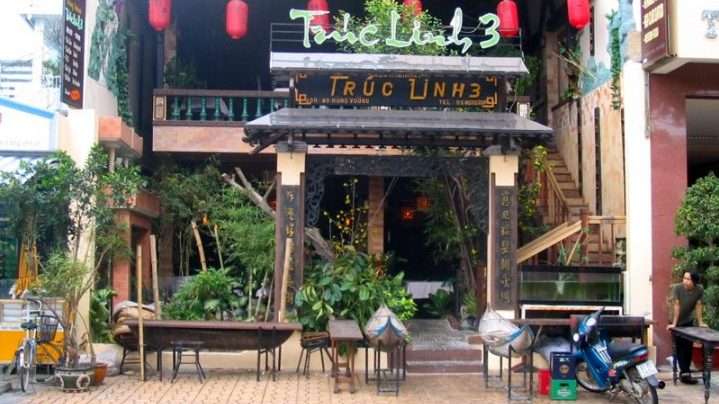 Nha Trang is a coastal city on the South Central Coast of Vietnam, known for its beaches and recognised as ‘one of the 29 most beautiful bays in the world’.

The plan was to arrive at the city airport and walk the short 2-3km trip along the seafront to reach our chosen hotel, but we soon discovered our recent edition guide book was already out of date. Commercial flights to Nha Trang no longer use the city’s municipal airport, but fly to the Cam Ranh International Airport (CXR), a former U.S. Air Force Base built during the Vietnam War, located approximately 35 km south of Nha Trang.

A tip when arriving at Vietnam airports is to book your taxi inside the terminal building with a taxi representative, otherwise, you get quoted fares which are usually higher than you should pay and you save yourself the hassle of haggling for a price. It is much more efficient and safe too as usually, they will escort you out to your car and driver.

We stayed at the Sea View Hotel which no longer has views of the sea but is good value and centrally located. It is just an example of how Nha Trang is fast becoming a popular destination with backpackers as well as affluent travellers, destined to be Vietnam‘s most popular seaside resort-town. It’s more lively and urban in character than other beach destinations like Mui Ne and Phu Quoc.

The beach is the main draw here, with fine and clean sand and the clear ocean water with mild temperatures all year round. You will see many women vendors walking along the beach selling fruit and hot, steamed seafood. Make sure that you visit in the right season, the monsoon season is from October to mid-December. There are several resorts and amusement and water parks, both in the city and on islands off the coast.

Nha Trang Bay is considered as amongst one of the 29 world’s most beautiful bays as chosen by Travel and Leisure for two succeeding years, and listed with World Bays – The Most Beautiful Bays in The World. Nha Trang is a centre for marine science based at the Nha Trang Oceanography Institute. The Hon Mun marine protected area is one of four first marine protected areas in the world admitted by the IUCN.

Surrounded on all three sides by mountains and a large island on the fourth side, in the ocean directly in front of the city’s main area. Nha Trang was a deserted area and was an area rich in wildlife animals like tigers. The French recognized that this beautiful bay, with its islands and white sand beaches, made for a perfect bathing spot, and began the transformation into a resort town. After just 2 decades of the early 20th century, Nha Trang underwent a rapid change, there wasn’t much more than small fishing villages.

When the American’s arrived they brought with them a secret weapon, trained killer dolphins, and its claimed not all have been accounted for.

Tourist activities include island hopping, scuba diving and water sports. The local cuisine is famous for fresh seafood’s and barbecued pork rolled in rice paper. The area’s Bird’s nest soup is deemed one of the best in Vietnam. Bird’s nests, belonging to the swiftlet group, are collected in the wild, on bird farms on the islands off the coast and even in some houses in the inner city.

The nightlife is limited, but near the Biet Thu tourist district, it can go beyond midnight. I get a sense Nha Trang becoming a holiday resort destination, in many ways it reminded me of Alcapulco Bay without the string of high rise hotels on the seafront, at least for now (2006).

Nha Trang is a stop on the main railway-line connecting Hanoi and Ho Chi Minh City. The railway station is close to the cathedral in the northern part of town. Personally I found flying around Vietnam much more efficient, especially if you are limited to the amount of time on your holiday.

When leaving your hotel check your bags are in the trunk of the car or back of the motorbike. We found ourselves enjoying the coastal views leaving Nha Trang for the airport, not knowing the driver had left without loading our luggage and had to wait anxiously for our bags to be delivered on a motorbike in time to catch our flight with only moments to spare.

Nha Trang is sure to become the main resort town of Vietnam, it makes the claim already, but it is no-where near like resort towns in Europe or Caribbean, which is actually a good thing, but it won’t last long.