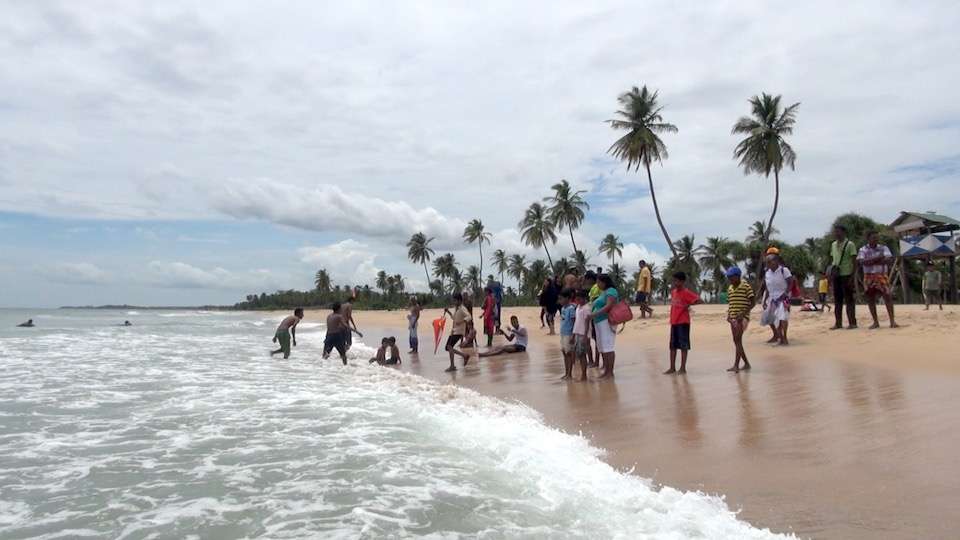 Nilaveli, meaning “Open-land of the moon-shine” in Tamil, is a coastal resort town located about 16 km North-West of Trincomalee, Sri Lanka.

It used to be a popular tourist destination, however, due to 2004 Indian Ocean Tsunami and Sri Lankan Civil War tourist numbers have declined, until 2010 onwards, we can see a significant increase in the number of tourists. Once again Nilaveli has become one of the main tourist attractions in Sri Lanka.

I was the only local on the long stretch of beach. The locals looked at me and many posed for pictures, many wanting their pictures to be taken.

Nilaveli, is far less intimate than Uppuveli, with hotels scattered up and down little lanes off the coastal highway – it’s around four kilometres from one end of the village to the other.

If you’re looking for some serious beach time, then Nilaveli could be just the ticket, for the sands are golden and the ocean inviting. Offshore, Pigeon Island offers fine diving and snorkelling.

Nilaveli is more secluded and away from urban life, with few places to stay means less choice. However, there are small market sellers along the road to the beach. Mostly locals were found here, I felt as if I was the only white visitor in years, locals stood and waited to be photographed or filmed, this really was the most ‘real’ Sri Lanka I experienced, I would expect that it becomes yet more interesting as the north starts to see more tourism.