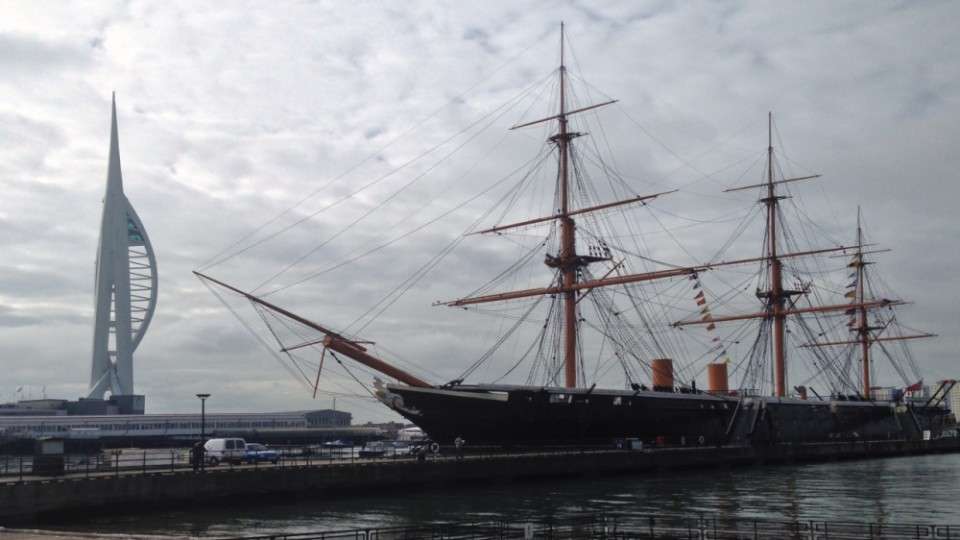 A large city in the county of Hampshire, on the south coast of England. Portsmouth plays a major role in British history, especially naval history.

Its rich heritage offers a variety of attractions, including the Portsmouth Historic Dockyard, located in the naval base, which houses some of the most historical warships in the world – HMS Victory, Lord Nelson’s flagship used at the Battle of Trafalgar in 1805,  the Mary Rose, a Tudor-era warship,  and HMS Warrior 1860.

It is also known for its literary history, as the birthplace of Charles Dickens (393 Old Commercial Rd) in 1812, now the Charles Dickens Birthplace Museum. Other famous figures to have lived here are HG Wells, Arthur Conan Doyle and Rudyard Kipling.

Portsmouth has excellent shopping facilities in the Gunwharf Quays, as well as the striking 170 m (557 ft), landmark Spinnaker Tower, symbolising the wind filling a spinnaker sail, which offers excellent views of the Solent and City.

The majority of the city of Portsmouth lies on Portsea Island, though it is separated from the mainland only by a roughly 30 m wide stretch of sea water, so is perhaps more accurately thought of as a peninsula.

Other attractions include Southsea Castle, built-in 1544, which was part of a series of fortifications constructed by Henry VIII around England‘s coasts to protect the country from invaders. Heavily modified due to being in use until the end of WW2. The D-Day Museum, a tribute to the sacrifice of the men & women who took part in the D-Day landings. Blue Reef Aquarium, Clarence Esplanade, Southsea. Take an undersea safari at the aquarium on the seafront.