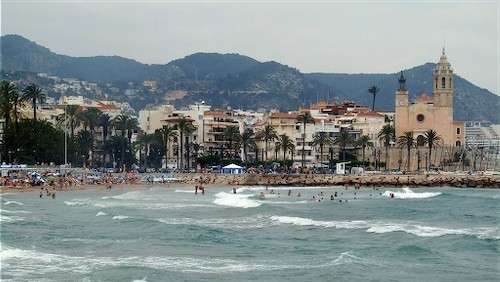 Sitges, a seaside town 35 kilometres southwest of Barcelona, a perfect retreat of sand, sea and sun. Known for its liberalism and its easy lifestyle. One of my favourite destinations to unwind, and experience a real holiday.

While the roots of Sitges‘ artsy reputation date back to the late 19th century,  the town became a centre for the 1960s counterculture in mainland Spain, then still under the dictatorship of Francisco Franco, and became known as “Ibiza in miniature”.

Nowadays it is a popular destination for gay and lesbian travellers, as it has become one of the most gay-friendly places in the world. Sitges has been referred to as the Saint-Tropez of Spain with property prices approaching those of the most expensive European cities, the main reason for this being the setting by the sea and the surrounding Parc Natural del Garraf.