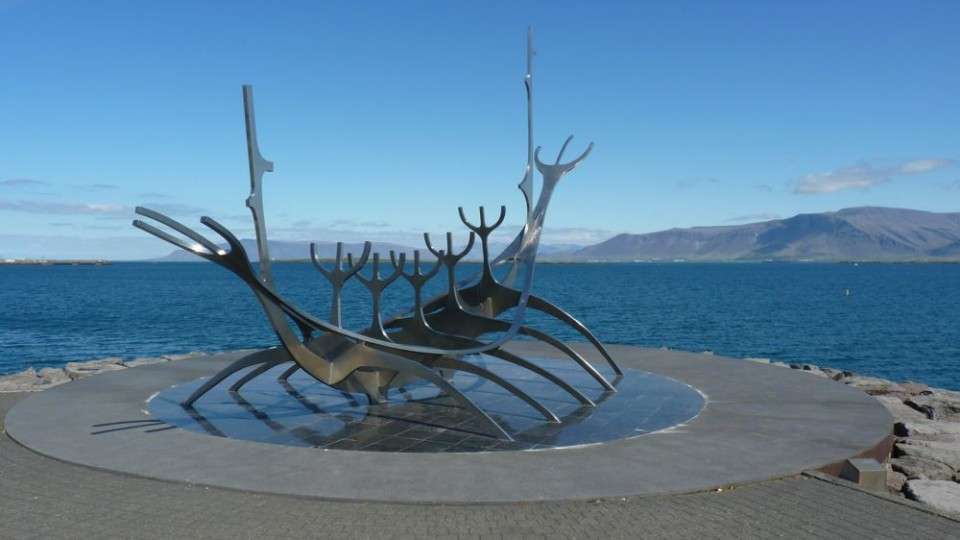 Reykjavik is the capital and largest city of Iceland, the world’s northernmost capital of a sovereign state. The heart of Iceland‘s economic and governmental activity.

Located in southwestern Iceland, on the southern shore of Faxaflói Bay, believed to be the location of the first permanent settlement in Iceland. Founded in 1786 as an official trading town and grew steadily over the next decades, as it transformed into a regional and later national centre of commerce, population and governmental activities.

A highly modernized capital of one of the most developed countries in the world, its inhabitants enjoy a first-class welfare system and city infrastructure. Its location, only 2 degrees south of the Arctic Circle, receives a maximum of only four hours of daylight on the shortest day of winter; during the summer the nights are almost as bright as the days.

The first permanent settlement in Iceland by Nordic people is believed to have been established in Reykjavik by the Norseman Ingólfur Arnarson around AD 870, said to have decided the location of his settlement using a traditional Viking method; by dumping his high seat pillars, Öndvegissúlur, in the ocean when he saw the coastline and then settled where the pillars came to shore.

Steam from hot springs in the region is supposed to have inspired Reykjavik‘s name, as Reykjavik loosely translates to “Bay of Smokes”. Reykjavik is not mentioned in any medieval sources except as regular farmland but the 18th century saw the beginning of urban concentration there.

The Danish rulers of Iceland backed the idea of domestic industry in Iceland that would help to stimulate much-needed progress on the island. In the 1750s several houses were constructed to house the wool industry that was to be Reykjavik‘s most important employer for a few decades and the original reason for its existence. Other crafts were also practised such as fisheries, sulphur mining, agriculture, and shipbuilding.

Reykjavik has become a significant player in the global community. The 1986 Reykjavik Summit between Ronald Reagan and Mikhail Gorbachev underlined Reykjavik’s new-found international status. Deregulation in the financial sector and the computer revolution of the 1990s have transformed Reykjavik yet again. The financial sector and information technology are now significant employers in the city. The city has fostered some world-famous talents such as Björk and bands Múm and Sigur Rós.

Abundant water and volcanic activity in Iceland have provided Reykjavik with a unique opportunity. Most houses in Reykjavik use the geothermal heating system. It is the largest system of this kind in the world.

Reykjavik is often dubbed “the nightlife capital of the north”. It is famous for its nightlife during the weekends. Icelanders tend to go out late so bars that look rather quiet can fill up suddenly – usually after midnight on a weekend. Alcohol is relatively expensive at bars. People tend to drink at home before going out. Beer was banned in Iceland until 1 March 1989 but has since become popular among many Icelanders as their alcoholic drink of choice. There are over 100 different bars and clubs in Reykjavik; most of them are located on Laugavegur and its side streets. It is very common for an establishment that is a cafe before dinner to turn into a bar in the evening. Closing time is usually around 6 am at weekends and 1 am during the week.

The arrival of the new year is a particular cause for celebration to the people of Reykjavik. Icelandic law states that anyone may purchase and use fireworks during a certain period around New Year’s Eve. People spend enormous sums of money on fireworks, most of which are fired as midnight approaches on December 31. As a result, every New Year’s Eve the city is lit up with fireworks displays that could last for hours.