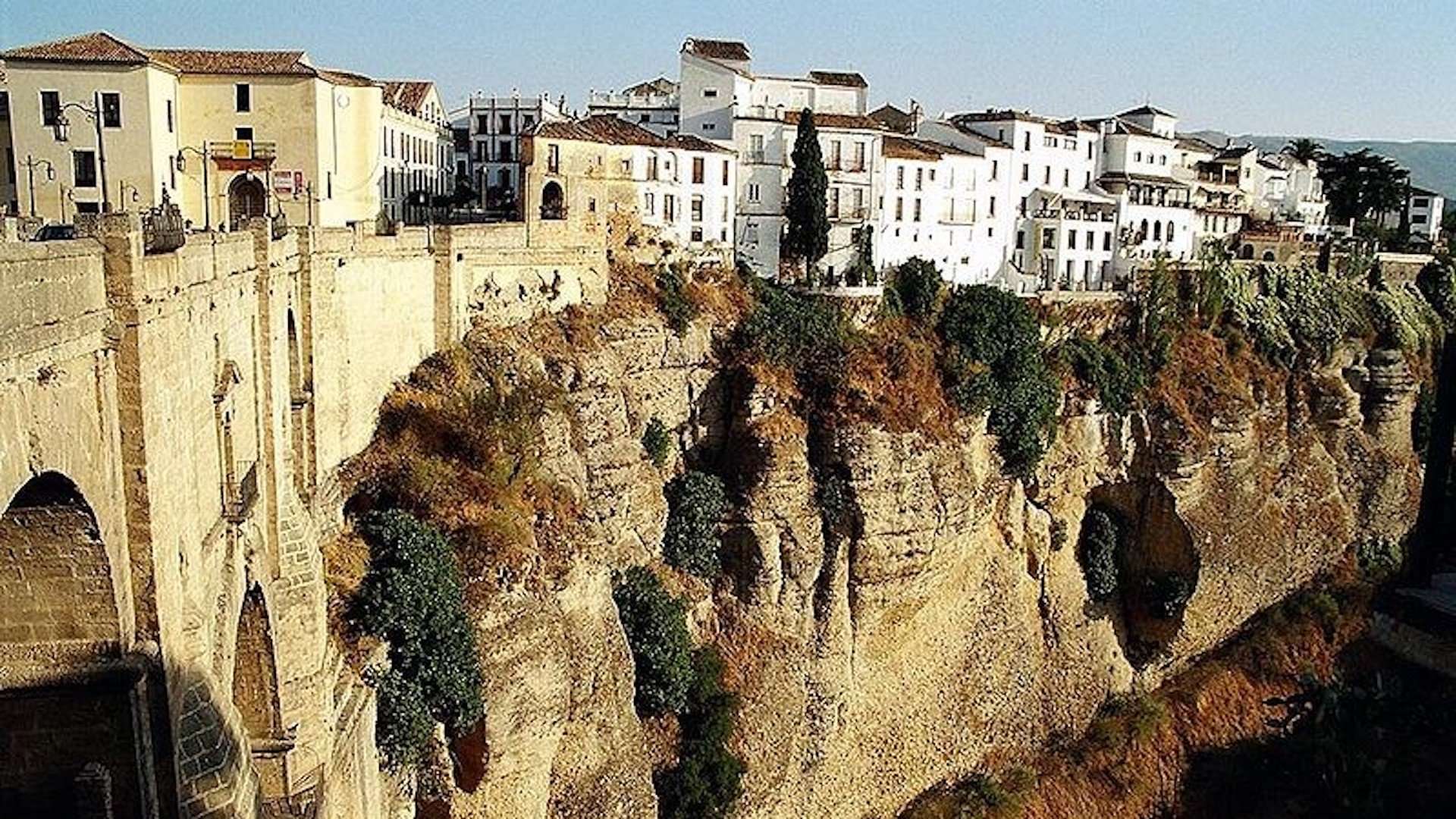 A mountainous region 100km from Malaga, at 750m above sea level, Ronda offers some of the most stunning views and escapes.

The Rio Guadalevín runs through the city, dividing it in two and carving out the steep El Tajo canyon upon which the city is perched. Ronda was first settled by the early Celts, but it is Roman and then Moorish rulers are reflected most prominently in its architecture.

Another important site in Ronda is the Plaza de Toros, built-in 1784, it is the oldest bullfighting ring in Spain that is still used.

The partially intact baños árabes (“Arab baths”) are found below the city and date back to the 13th and 14th centuries. Both Ernest Hemingway and Orson Welles resided in Ronda for many years, and both wrote about its beauty, contributing to its popularity.

I wish I had more time to spend here because the views really are breath-taking, it is no wonder that such famous people decided to stay for a few years.