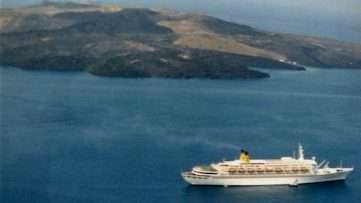 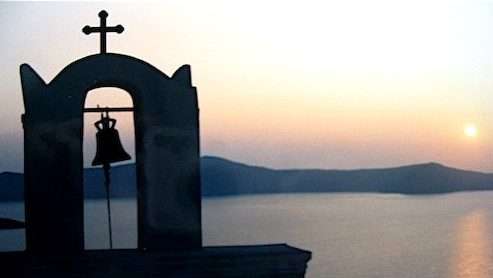 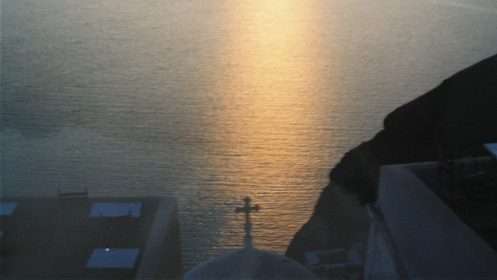 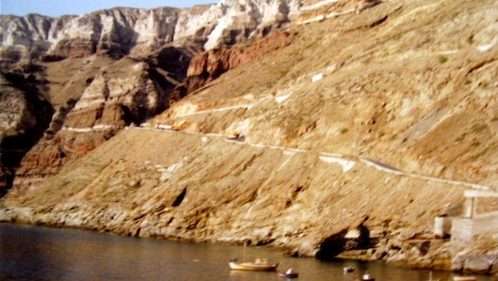 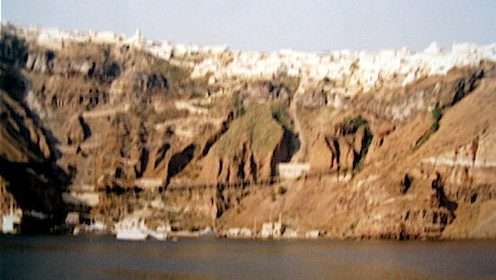 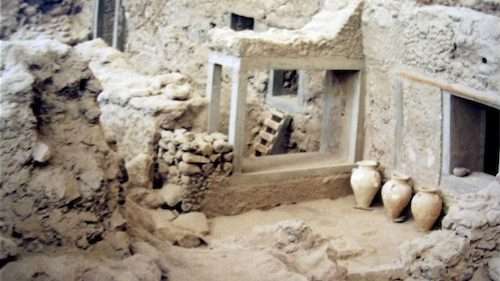 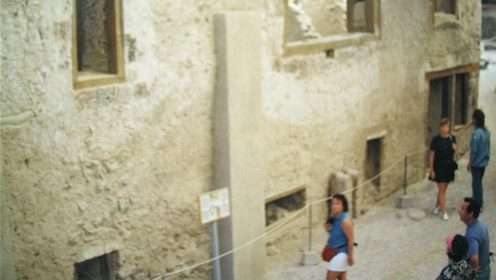 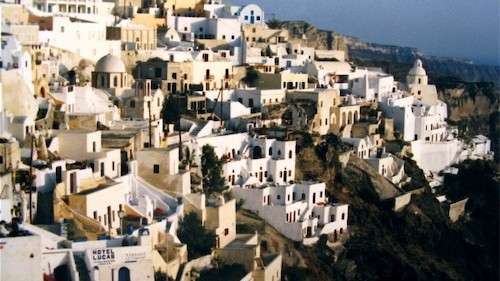 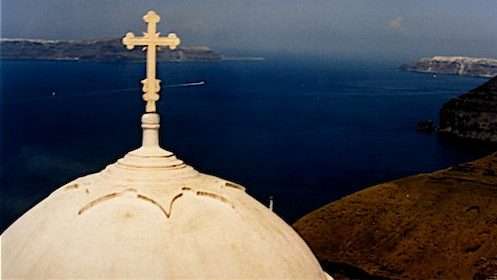 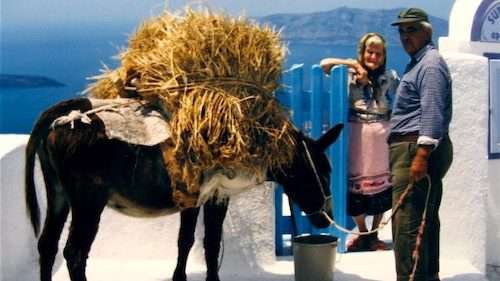 What has been left from an enormous volcanic explosion which destroyed the settlements on what was formerly a single island and led to the creation of the current geological caldera, Santorini is one of the top places I’ve visited.

An alternative name for Santorini is Thira. Santorini is a name for the family of islands surrounding Thira, once forming a single island prior to a major volcanic event in approximately 1500 B.C.E. A small, circular archipelago of volcanic islands located in the southern Aegean Sea, about 200 km southeast from Greece’s mainland, the largest island is known as Thíré (or Thira), forming the southernmost member of the Cyclades group of islands, composed of the Municipality of Thira and the Community of Oía.

A giant central lagoon surrounded by 300 m high steep cliffs on three sides, the island slopes downward from the cliffs to the surrounding sea, the water in the centre of the lagoon is nearly 400 m deep, making it a safe harbour for all kinds of shipping. The capital, Fira, clings to the top of the cliff looking down on the lagoon.

The island is the site of one of the largest volcanic eruptions in recorded history, the Minoan eruption, which occurred some 3,600 years ago at the height of the Minoan civilization. The eruption left a large caldera surrounded by volcanic ash deposits hundreds of feet deep and may have led indirectly to the collapse of the Minoan civilization on the island of Crete to the south, through the creation of a gigantic tsunami. Another popular theory holds that the Thera eruption is the source of the legend of Atlantis.

Excavations starting in 1967 at the site called Akrotiri have made Thera the best-known “Minoan” site outside of Crete, the homeland of the culture. A large town has been uncovered, revealing complexes of multi-level buildings, streets, and squares with remains of walls standing as high as eight meters, all entombed in the solidified ash of the famous eruption of Thera.

Stone staircases are still intact, and they contain huge ceramic storage jars, mills, and pottery. Archaeological remains found in Akrotiri are wall paintings and frescoes, which have kept their original colour well, as they were preserved under many meters of volcanic ash. The town also had a highly developed drainage system and, judging from the fine artwork, its citizens were clearly sophisticated and relatively wealthy people.

Pipes with running water and water closets found at Akrotiri are the oldest such utilities discovered. The pipes run in twin systems, indicating that the Therans used both hot and cold water supplies, the origin of the hot water probably was geothermic, given the volcano’s proximity. The dual pipe system suggesting hot and cold running water, the advanced architecture, and the apparent layout of the Akrotiri find resemble Plato’s description of the legendary lost city of Atlantis, further indicating the Minoans as the culture which primarily inspired the Atlantis legend.

Santorini became independent from Ottoman rule in 1821, during the Greek War of Independence and was united with Greece in 1830. In 1956 a major earthquake and a volcanic eruption resulted in the demolishing of many buildings on the island, leading to the dissertation of many of its villages.

Nowadays due to the expansion of tourism, the island has gained great wealth and population. Its major settlements include Fira and Oia. Santorini‘s primary industry is tourism, particularly in the summer months. The island’s pumice quarries have been closed since 1986, in order to preserve the caldera.

The island has no natural source of freshwater so it is important to remember that one should always drink bottled water while visiting Santorini. Fira is the capital, whose white cobblestone streets bustle with shops, tavernas, hotels and cafes while clinging to the rim of the caldera nine hundred feet above its port.

Just above Fira at the highest point of the island is the town of Ia, also known as Oia, with its whitewashed walls sunk into the volcanic rock and its blue domes. At dusk, the town attracts crowds of people venturing to see the sunset. Santorini’s sunsets, as viewed from Oia, are reputed to be among the world’s most beautiful.