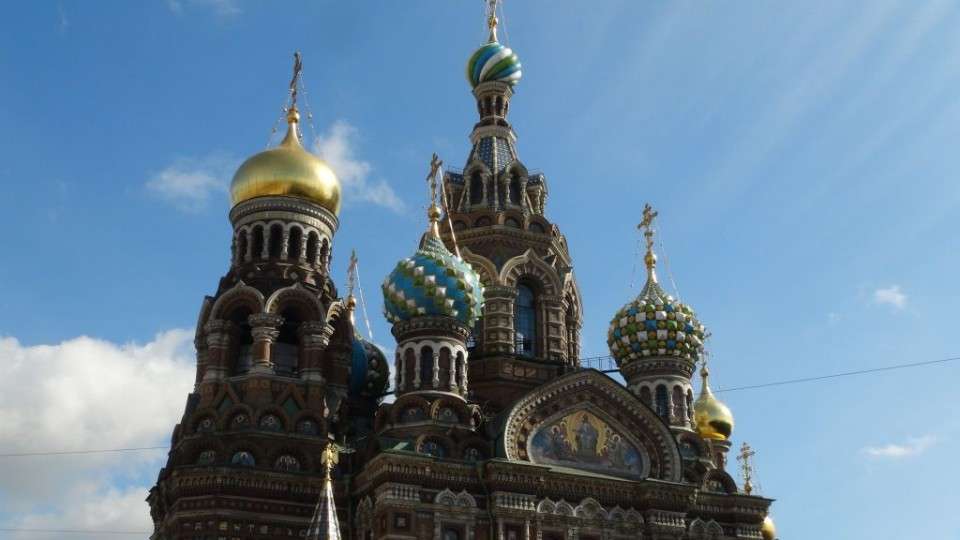 The most impressive building in Saint Petersburg must be the Church of the Saviour on the Spilled Blood.

A traditional style Russian church built on the spot where Tsar Alexander II was assassinated in 1881, the interior decorated with over 6000sqm of mosaics. The gold-draped onion-domed church is one of the main attractions of St. Petersburg.

Construction began in 1883 and was finished in 1906, under the rule of his son, Nicholas II. The Church resembles the exterior of St. Basil’s Cathedral in Moscow, and was designed in medieval Russian style.