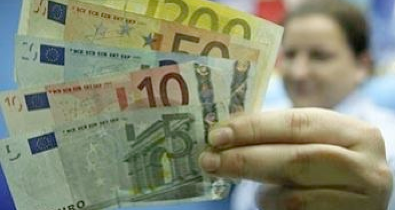 With the pound and the euro now almost the same value, holidaymakers decide on traveling to go where they can get more for their money.

With the low value of the British Pound and the Euro now almost the same value, holidaymakers (including myself) have decided to avoid travels in the Euro zone to try to stretch the value of our well saved travel money.

Over the last few years there has been a rise in the value of the euro, but there has also been a rise in prices and inflation in goods and services, just visit any H&M or Zara’s which display prices in both euro and the pound, a shirt costing 10GBP is priced at 15euros, even with the exchange rate the same shirt costs 4euros more than it does in the UK.

At an annual gathering at the World Travel Market 2010 event, heads of the global travel industry were aware of the damage this brings over the Eurozone nations. Days of bargain or value driven holidays in Spain,Portugal and Greece are now a thing of the past for many Britons looking for a bit of low-cost fun in sun, instead this gap is being filled by Germany, Sweden and Denmark.

The eurozone is apprehensive about the outlook of 2011 in attracting Britons and oversea visitors, a challenge to keep up visitor numbers.

Tourist boards and travel firms in eastern Europe were more upbeat as the weaker currencies in those countries makes them increasingly popular destinations. Destinations like Bulgaria and Croatia have seen continued annual increase in visitors where, for example, a price of a pint of beer is 80p (1euro), as compared to the Euro zone of 5-7euros. Though it is not all about prices, they also offer beautiful country, beaches and lots to do. These countries offer better ‘value for money’ because they are outside the Eurozone.

In 2010, visitor numbers to the UK from the Euro zone (mainly Germans, Spaniards) were up as it has become more affordable, an advantage to target more tourists from western Europe.

The outlook for 2011 is that all travel companies have to work harder to attract cash-strapped customers. Trends suggest the forecast is not good for companies and travellers alike. Airlines have reduced the number of flights and destinations, instead focusing on filling the airplanes they have, so bargains will be limited.

Choices I’ve made for the coming year mean avoiding the Eurozone completely until I can feel assured it would be equal or greater value. In economic times such as these a traveler is extremely conscious about value for money. At the same time, we still want a holiday.